NAIROBI, Kenya — At least six rangers have been ambushed and killed in the Virunga National Park in the Democratic Republic of Congo, park officials said, part of a wave of violence that has plagued Africa’s oldest park and continues to endanger the home of around a third of the world’s mountain gorillas.

Officials attributed the attack on Sunday to Mai-Mai fighters, an umbrella name for a loosely affiliated group of local militias who are battling for power and resources in eastern Congo.

The park has for years been the site of repeated attacks from rebels and militia groups, along with poachers and loggers, leading to the killing of hundreds of rangers.

The latest assault comes barely a year after assailants killed 17 people, among them 12 rangers, in the park. Emmanuel de Merode, the park’s director, was shot and injured in 2014, and tourists have been kidnapped during visits to the national park.

Established in 1925 as Africa’s first national park, the Virunga National Park sits on an area of 3,000 square miles with stunning landscapes, thick forests and unparalleled biodiversity.

Known as a home to endangered mountain gorillas, the park also houses hundreds of species of birds, reptiles and mammals. In 1979, the park was designated a UNESCO World Heritage Site. 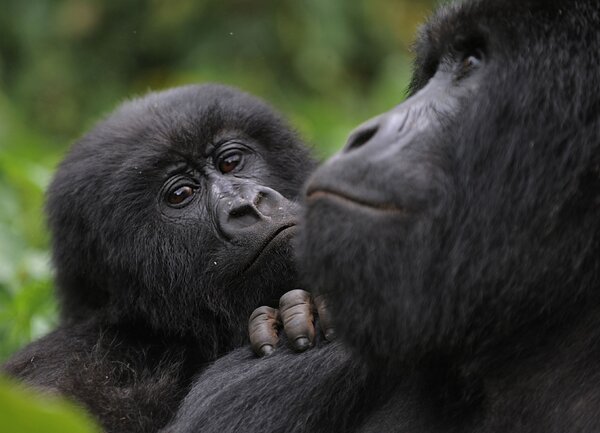 The attack on the rangers, aged between 25 and 30 years, took place while they were patrolling on foot around 7:30 a.m., the park said in a statement, near Kabuendo town, along the central part of the Virunga reserve. The rangers were taken “by surprise,” leaving them with “no opportunity to defend themselves.”

The rangers worked for the Congolese Institute for the Conservation of Nature, the government agency charged with safeguarding protected areas in Congo.

On Sunday, park officials lamented the “tragic loss of life” among the rangers, saying they “work tirelessly and with dedication to protect both the park and the neighboring communities from the tyranny of armed groups.”

“Their sacrifice will not be forgotten nor be in vain,” the statement said.

In addition, one ranger was injured seriously in the attack and was transferred to a hospital in Goma, the capital of the North Kivu region in eastern Congo, according to the statement. “His injuries are no longer considered life-threatening,” the park authorities said.

Mauritius stamped out the coronavirus. Now it needs tourists