Oil leak on Japanese ship off coast of Mauritius halted, but more spillage possible as tanker risks breaking up. 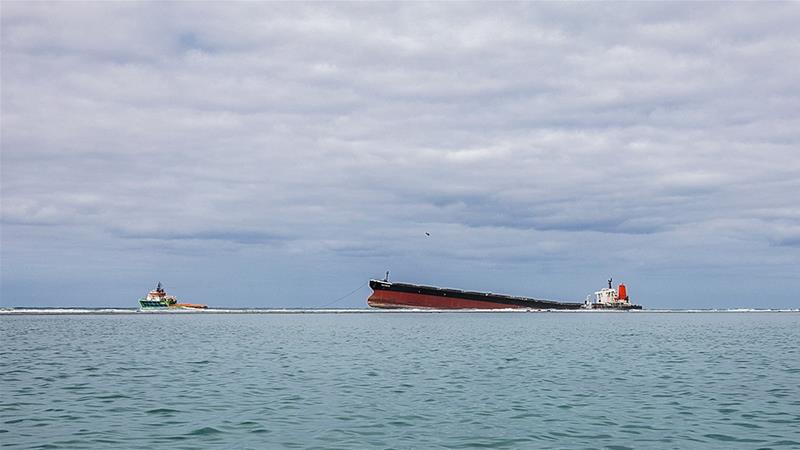 The Japanese tanker that ran aground off Mauritius and threatened an environmental catastrophe has stopped leaking, but there is a danger of the vessel breaking in two.

Prime Minister Pravind Jugnauth confirmed in a televised briefing on Tuesday that there has been no more spillage from the tanker MV Wakashio as of Monday. However, he said huge cracks appeared on the ship’s body, indicating it could break apart and leak more fuel.

The MV Wakashio’s operator confirmed on Tuesday that the crack in the hull of the stranded Japanese-owned freighter had expanded amid fears it might break apart.

“Since this ship is unable to navigate by itself, it is moored to a tugboat so that it will not drift even if it is broken,” Mitsui OSK Lines said in a statement.

The major Japanese shipping company also said that of the 1,180 tonnes of fuel oil that had already leaked out from a fuel tank, about 460 tonnes have been manually recovered from the sea and the coast.

By early Tuesday, about 1,020 tonnes had also been pumped out of the Wakashio, which was transporting about 4,000 tonnes of oil when it ran aground on a coral reef off the Indian Ocean island on July 25, the company said.

To prevent further spillage into the sea, a salvage team and authorities were pumping out a remaining 1,800 tonnes of oil from the ship.

The MV Wakashio hit a coral reef off the island on July 25 and fuel started spilling from its hull over the past few days, sparking fears of an ecological disaster in Mauritius’s protected waters.

Atsushi Hara, a spokesman for Mitsui OSK Lines, told DPA news agency that since the ship ran aground, “the most immediate priority had been to refloat the ship”.

Nagashiki Shipping said attempts to refloat it have been foiled because of poor weather conditions. 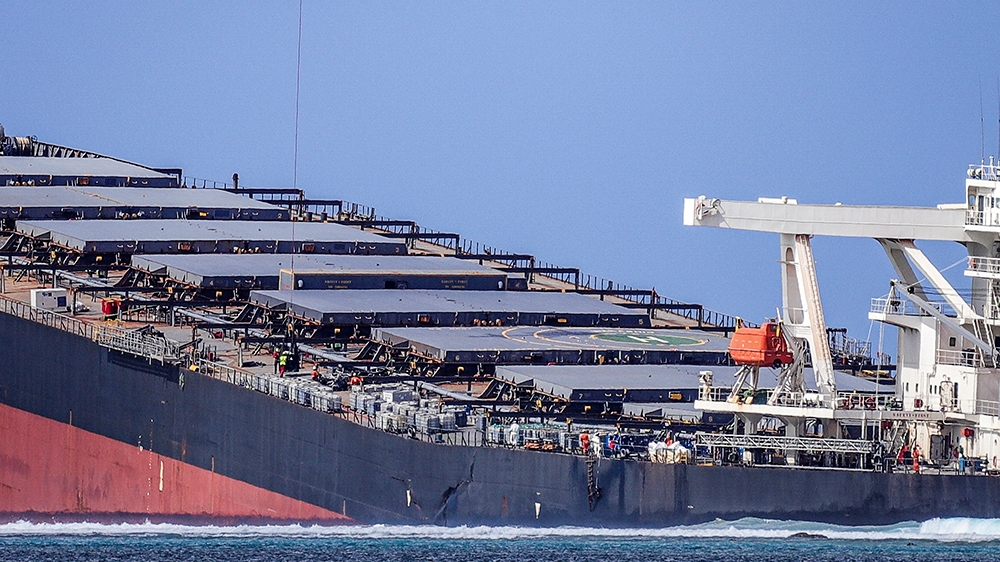 Mauritian authorities earlier declared an environmental state of emergency, though some criticised the reaction as being too slow.

Jugnauth urged the international community to assist the East African nation’s efforts. He said quality tests have found air in the area to be safe, but the government has decided to keep schools closed until the cleaning process is completed.

Jugnauth also thanked residents for coming out in large numbers to help in clean-up efforts.

Meanwhile, the Mauritius Commercial Bank has given the Mauritian Wildlife Foundation some $75,000 to protect endangered flora and fauna, local media reported on Tuesday.

In a statement, the bank said it was imperative to relocate the species that live on Ile aux Aigrettes, a nature reserve located off the southeastern coast of Mauritius.

The bank said it hoped the money would “help protect the rarest endemic species of our environmental heritage”.