Home » Africa » ‘I was the only female journalist in my city’ 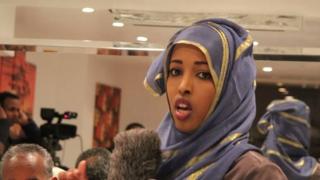 Maryan Seylac is a journalist from Somalia. She was one of the first female reporters from her city, Baidoa, and set up an organisation that seeks to encourage and support women journalists in the country.

She has told the BBC her story, discussing the challenges that women face in one of the world’s most dangerous countries to be a journalist and how she was almost killed in an attack by militant Islamist group al-Shabab.

I was always interested in journalism. From a young age, I used to listen to the BBC Somali Service with my father and discuss the stories with him – that’s how I developed an interest in politics.

Somalia is full of political issues and has been fought over by various groups since the military regime was toppled in 1991, when I was about four years old. Since 2012, it has gradually become more stable, but Somalia is still a dangerous place to be a journalist, particularly if you’re a woman.

At school, I was always outspoken and used to address the class as they were lining up for lessons. In Somalia, your parents never ask what you’re going to be in the future, because as a woman your place is in the home, cooking and cleaning. But I knew early on that I wanted a career, and it would be in journalism.

‘I was a novelty in the newsroom’

My father was a teacher and he always wanted one member of our family to take that role from him. Because my older brothers and sisters didn’t, he thought it would be me who would become a teacher – and I did, for a while. When I left high school I spent a year teaching in a school back home in Baidoa. But it was not the job I wanted to do.

My friend’s husband worked on the local radio station and I asked if I could get some experience there in the evenings. Most of the media in Somalia is privately-owned and struggles to be balanced in its reporting, but radio, as the main source of news, is very important.

As the only woman, I was quite a novelty in the newsroom and they offered to train me. I used to help out, welcoming guests and reading the news.

Eventually, I left teaching and worked full-time at the radio station. My family were not happy. My father worried I would not succeed, that I would give up and be unemployed. But I told him: “I’m not happy being a teacher. This is what I’ve always wanted to do.”

A long time went by, but seeing how happy I was in my job, my family eventually accepted my decision.

It was more difficult for my community. They looked down on me and judged my profession. It made me feel like an outcast. Culturally in Somalia, women are expected to be a wife for their husband.

Luckily, I married a fellow journalist who understands my career. I knew it would challenge me to marry someone normal and stay home.

Male chaperone for a female reporter

I worked in various local radio newsrooms in Baidoa, Mogadishu and Bosaso, but I always loved the idea of being out in the field as a reporter.

One day, in difficult circumstances, I got my break. There was an explosion in the city and I was sent out to report from the scene. That’s how I started my career as a reporter.

When I started in this male-dominated industry, I was the only female reporter in my city. I felt outnumbered – the men would look at me differently, not take me seriously, and that impacted my confidence. I was lonely. In fact, I nearly gave up.

But instead, I decided to do something. We needed more female journalists on the ground. Lots of stories affecting women weren’t being covered. I set up the Somali Media Women’s Association (SOMWA) in 2006 and began recruiting other female journalists. Since we began, the number of female journalists in my city has increased from just five to 20.

As an organisation, we also advocate women’s rights such as opposing Female Genital Mutilation (FGM) and gender-based violence. It’s a way of ensuring our voices can be heard and we can change things.

Perceptions of women in media in Somalia are changing, but there are still a lot of challenges: I have been threatened; al-Shabab have told me they will shut down my office. Women journalists are prevented from holding managerial positions.

I know one woman who changed her name so her parents would not know that she was working as a radio reporter. When her parents found out, they tried to stop her, but she refused to give up her job. As a compromise, her parents made her male cousin accompany her when she went out reporting. I couldn’t believe it.

In Somalia, both male and female journalists regularly face harassment and threats. Some have been killed for their profession, the majority by al-Shabab, and murders of journalists in Somalia often go unpunished.

In July, the female journalist Hodan Nalayeh was killed. As a journalist, her mission was to show another side to the country – its beauty and that of its people. She was amazing, but all of a sudden we lost her.

This is what happens in Somalia. We are all a target.

‘I survived a suicide bombing’

There was a time when I was almost killed. It was September 2006, and I was reporting live as the president was addressing parliament. But when the speech finished, and the president and his convoy were returning back to their residence, there was suddenly a huge bang.

I looked around and all the people around me were lying on the floor. I was still live on air, and the newsreader was asking me what the loud noise was. I didn’t know at the time that it was a suicide bomb.

I ran outside to get more information and was surrounded by burning cars. Then the armed forces opened fire on me. I screamed and ran back inside the parliament, checking my whole body for any sign of blood.

My family were so worried about me – they didn’t know if I was dead or alive. Luckily I was alright, but that day has left a permanent mark on me. If I hear a loud noise it all comes back, as if I were there.

Despite all this, I had to keep my mission going. I had to be someone who the younger generation could admire. If I had stopped then I am sure we would not have the number of female journalists on the ground that we do right now. I wasn’t doing it for myself; I was doing it for others.

The situation is improving for female journalists in the country, but there is still a lot to be done. I want more of them involved in the media and I want them to be in managerial positions. I want media organisations to have a quota for the number of women they employ. I want their voices to be heard. I want them to be the decision makers.

To young women who are thinking of becoming a journalist, I say this industry needs you. Don’t be scared, don’t feel less of a human being, don’t feel that you can’t do it. Because you can. 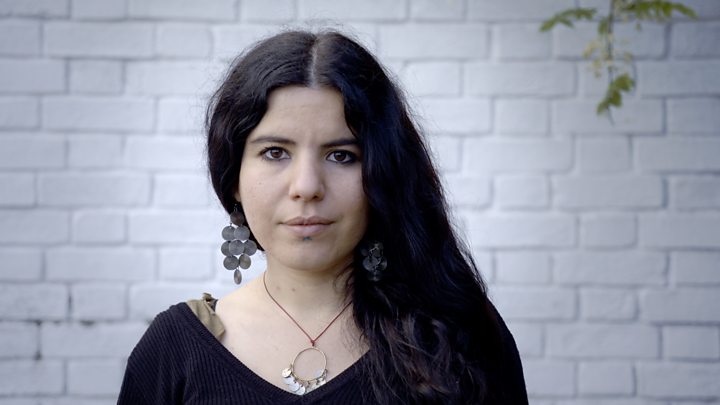 Maryan Seylac will be in conversation with Isha Sesay, who is guest editing BBC Focus on Africa, on Wednesday 25 September.

You can also catch BBC Focus on Africa radio on an FM frequency in your local area across Africa at the following times : 15:00 GMT, 17:00 GMT and 19:00 GMT or on our website.