Thousands gather in capital’s Independence Square, birthplace of a months-long protest movement, to celebrate the coup. 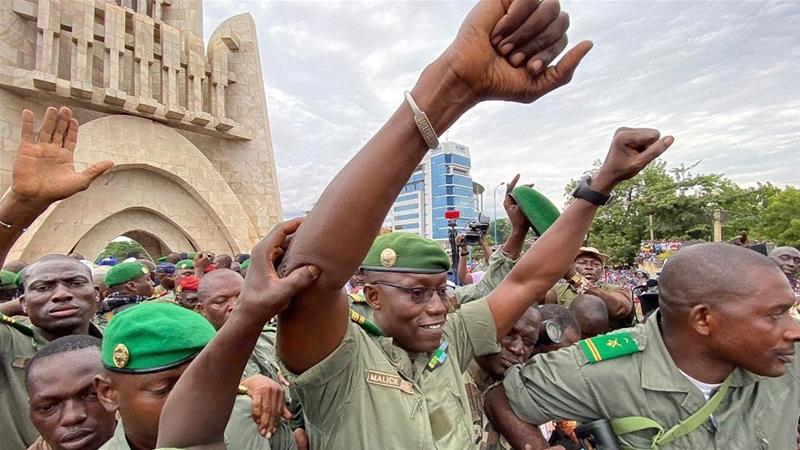 Mali’s opposition supporters have flooded into Bamako’s central square to celebrate the military overthrow of President Ibrahim Boubacar Keita, which their leaders hailed as a “victory of the Malian people”.

Thousands on Friday gathered in the capital’s Independence Square, the birthplace of a months-long protest movement, many of them draped in Mali’s national flag and blasting on vuvuzela horns.

They rallied three days after mutinying troops seized the country’s 75-year-old president, forced him to announce his resignation and unveiled a military government that would rule until a “transitional president” takes over.

“We have come here to thank you, to thank the Malian public for its support. We merely completed the work that you began and we recognise ourselves in your fight,” the military government’s spokesman, Ismael Wague, said. 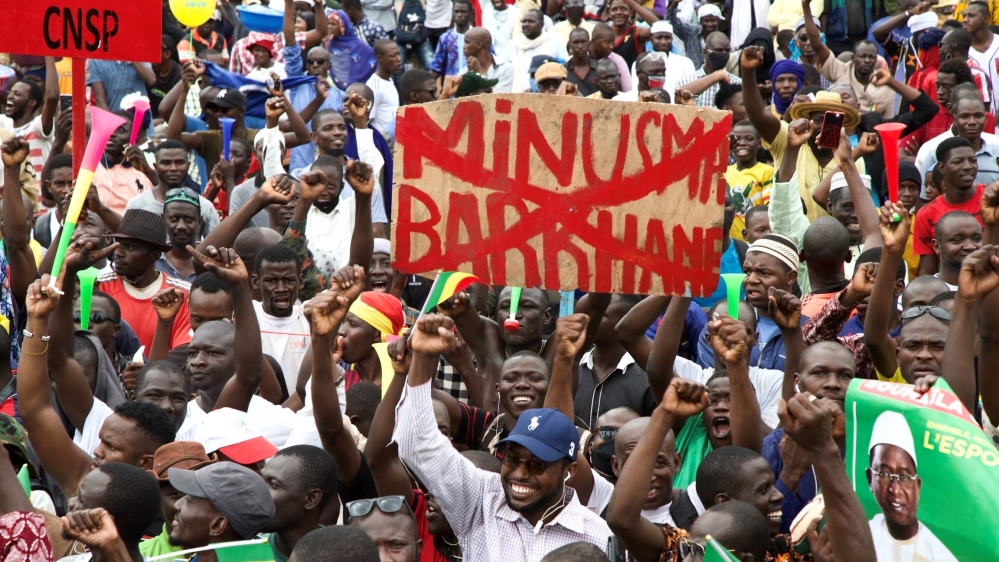 Keita, who was elected for a second five-year term in 2018, announced his resignation on Wednesday, saying he had been given no other choice and wanted to avoid bloodshed.

The coup came after months of protests, staged by a loose coalition called the June 5 Movement, that were fuelled by anger at Keita’s failure to stem a bloody rebellion, revive the economy and tackle corruption.

In contrast to fierce condemnation abroad at the overthrow of an elected leader, many in the rally were jubilant at the change as they sang, danced and waved banners thanking the mutineers.

“I am overjoyed! We won. We came here to thank all the people of Mali, because this is the victory of the people,” said opposition supporter Mariam Cisse, 38.

“IBK has failed,” he said, using a common reference to the former president by his initials. “The people are victorious.”

But, he cautioned, “The military should not be thinking now that they can stay in power.” 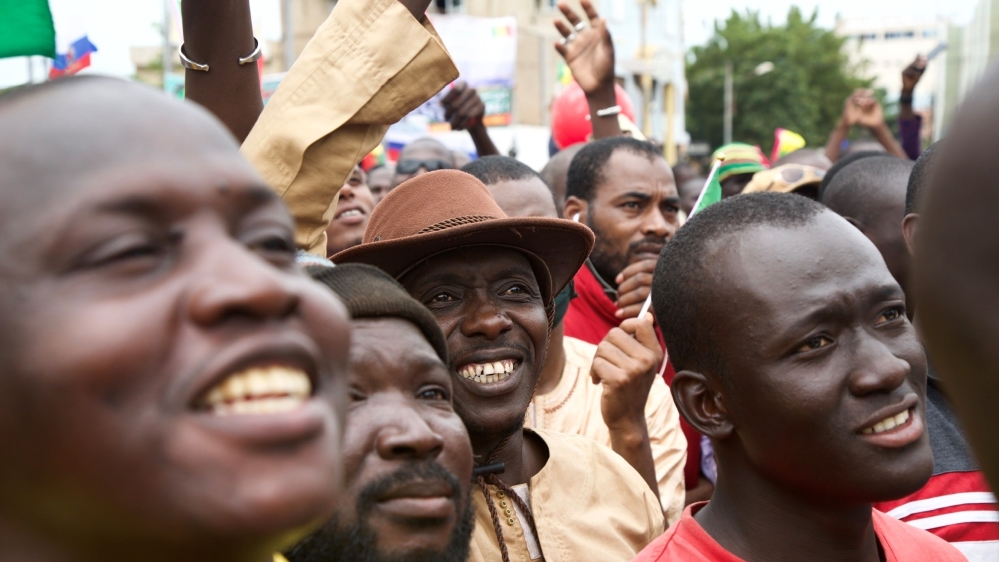 “It’s a scene of joy. God delivered us from the hands of evil, we are happy, we are behind our army,” said a 59-year-old farmer who gave his name only as Souleymane.

Some of the placards brandished in the rally reflected resentment at perceived foreign interference in Mali’s affairs.

One read, “ECOWAS, a union of heads of state serving personal interests,” a reference to the 15-nation regional bloc that has led the condemnation of the coup and stands by Keita.

The bloc is to send envoys led by former Nigerian president Goodluck Jonathan on Saturday.

Another sign had the words “Barkhane” and “MINUSMA” crossed out, the latter a reference to the United Nation’s peacekeeping force in Mali.

The United States on Friday said it had suspended cooperation with Mali’s military in response to what the Pentagon referred to as an “act of mutiny”.

“Let me say categorically there is no further training or support of Malian armed forces full-stop. We have halted everything until such time as we can clarify the situation,” the US Sahel envoy J Peter Pham told journalists.

The US regularly provides training to soldiers in Mali, including several of the officers who led the coup. It also offers intelligence support to France’s Barkhane forces, who are there to fight affiliates of al-Qaeda and the ISIL (ISIS).

Pham said a decision on whether Washington would designate the actions a coup – which could trigger a cut-off of direct support to the government – had to go through a legal review.