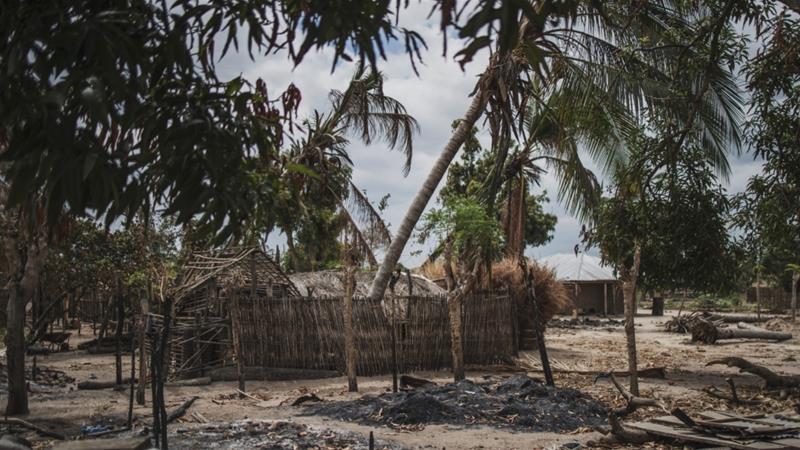 Rights watchdog Amnesty International has called for an independent probe into the killing of a naked pregnant woman by men in military uniform in Mozambique’s restive north, an atrocity the government blamed on armed rebels.

Video footage emerged this week showing men in army uniform beating a woman they accused of being a member of an armed group and then shooting her in the back as she tried to flee.

“Four different gunmen shot her a total of 36 times with a variety of Kalashnikov rifles and a PKM-style machine gun,” Amnesty said, demanding an “impartial investigation into the extrajudicial killing”.

One of the uniformed men hits her in the head and body with a stick before others shoot and, they say in the video, kill her on the side of the road.

It was filmed in the northernmost province of Cabo Delgado, where soldiers are fighting an armed rebellion.

“This horrendous video is yet another gruesome example of the gross human rights violations and merciless killings taking place in Cabo Delgado by the Mozambican security forces,” said Deprose Muchena, Amnesty International’s director for East and Southern Africa.

But Interior Minister Amade Miquidade on Tuesday said the killers were armed fighters dressed in uniforms “identical” to that of government troops.

“The video showing atrocities against a pregnant woman is propaganda by terrorists,” he said in an audio statement.

“The video was made by terrorists … to confuse the public and it is not the first time that this has happened.”

In the footage, circulated on Monday, the group refer to the woman as “al-Shabab” – the name of an armed group that has been operating in the north of the country since 2017.

Reuters news agency said it was able to verify the location of the video by comparing landmarks to those visible in satellite imagery taken in June 2020. These include three trees side by side, posts in the ground, a path connected to the road and two white buildings, one with a blue roof.

Reuters was not able to independently verify the date of the footage, or who the perpetrators were. Amnesty International said it was likely to have been filmed on September 7, citing sources.

The Mozambican army, engaged in a battle with rebels in the province which is also home to gas projects being developed by oil majors such as Total, said it considered the images shocking and horrifying, and “above all, condemnable”.

“The FDS [Defence and Security Forces] reiterate that they do not agree with any barbaric act that substantiates the violation of human rights,” it said in a statement, calling for an investigation into the video’s authenticity.

It did not specifically deny that government troops were responsible.

After an escalation in the armed uprising, which saw the capture of the port town of Mocimboa da Praia in August, and the security forces’ response, reports and videos of beatings or other army abuses have become increasingly common.

Amnesty, citing a local military source, said the men in military uniform killed her because she had cast a spell on the army, and refused to show them the rebels’ hideout.