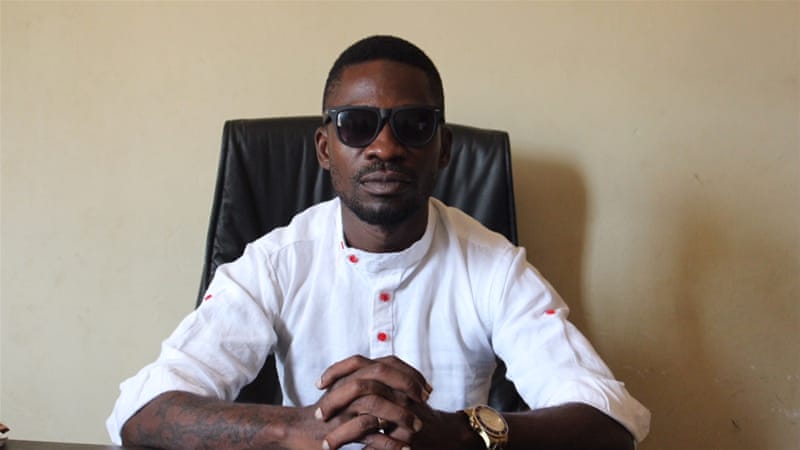 The legal adjustment, signed by Museveni on December 27, allows the 73-year-old president to extend his almost 31 years in power, despite once saying he despised African leaders “who want to overstay in power”.

Museveni would have been barred from contesting elections in 2021 under the previous rules, which prevented candidates younger than 35 or older than 75 from holding presidential office.

Now, he can rule indefinitely.

One of the MPs that put up a fight against amending the constitution was recently elected Robert Kyagulanyi, better known by his fans as Bobi Wine.

Al Jazeera spoke to Kyagulanyi about the passing of the divisive bill and what it means for Uganda, which has not witnessed a peaceful transfer of power since independence from Great Britain in 1962.

Al Jazeera: What happens now for the coalition of MPs who fought to retain age limits? Has this battle been lost?

Robert Kyagulanyi: It wasn’t just a fight of a coalition of MPs, it was a stand of a country.

It is evident that the country wants to go into a certain direction of self-determination and have a peaceful transition. But the leadership that we have seems to want to hold Uganda in one position.

We seem to be stuck with a president who doesn’t believe anyone else can lead Uganda. Unfortunately, that has left us lagging behind for a very long time.

To an ordinary mind, it may seem that we lost when the age limit bill went through. But in my opinion, we succeeded in opening the minds of the people.

I’ve always been telling Ugandans that they must take up responsibility and not leave it to the politicians.

I’m glad that they are realising that parliament now is more or less a club of politicians that only go there to fulfill their needs. The more people get involved, the more we are going to channel policy and decisions to another that works for us.

This is going to challenge more Ugandans to get involved. First and foremost, get involved in the politics and running of our country but also to become active voters.

As you know, many young people in dictatorships tend to resign to apathy.

The government wants people to be less interested in the way the country is run. Our battle now is to interest as many Ugandans as possible. That way, we can make use of any other constitutional opportunity that lands our way.

Al Jazeera: What is the most important issue facing Uganda today?

Kyagulanyi: It is a situation where we have to decide between an individual and a country. That is the most serious dilemma right now.

We have a country which is yearning to go in a certain direction, but then again there is an individual seeking to satisfy his ego.

Unfortunately, he wields a lot of weapons and a huge budget. However, I’m always encouraged by the fact that more ferocious, intimidating and authoritarian leaders have led Uganda.

But the way they were overpowered was even laughable. So that should encourage this generation.

Al Jazeera: Will you continue to fight against Museveni’s indefinite stay in power?

Kyagulanyi: Certainly. There is absolute lawlessness. But for people to rise up against dictatorship, they first need to realise it is a dictatorship.

And in that effort, the dictator has to play a huge role in unmasking himself. He has to show a huge role for us in showing the people that they don’t matter any more.

Good enough, every day, our president does it. He’s told people to their faces that he is not their servant.

The sooner our people get to internalise they are enslaved, that’s when they’ll rise to claim their freedom.

Al Jazeera: Where do you think you are going with your political career?

I’m a Ugandan and an artist by profession who is interested in playing a part. At the end of the day, I’m also remembered as somebody whose life was not a loss to the country.

I played a role, got supported by people and got a reward for that support, and probably be able to encourage other artists or other people that get places of informal influence to use it for the betterment of their people. That would be enough for me.

I sit on the human rights committee in the parliament and I also sit on the committee for presidential affairs.

But I must let you know that parliament is literally impotent. We have made resolutions and recommendations now and then but you don’t see any change.

I raised the issue of suspects that are arrested just after court appearances by plain-clothed thugs.

Then there was the raid of parliament during the age-limit debate by similar unidentified thugs.

So if you are looking for evidence of a failed state, I don’t know anywhere else to look other than Uganda.

Al Jazeera: How do you aim to address issues of the youth, particularly unemployment that is one of the highest in the world?

Kyagulanyi: It’s pathetic. First of all the youth are not in positions of leadership, so they can’t make those decisions that turn around their plight.

You realise that over 85 percent of our population is under the age of 35. But when you look at the cabinet ministers, the majority of them are way beyond their 70s. 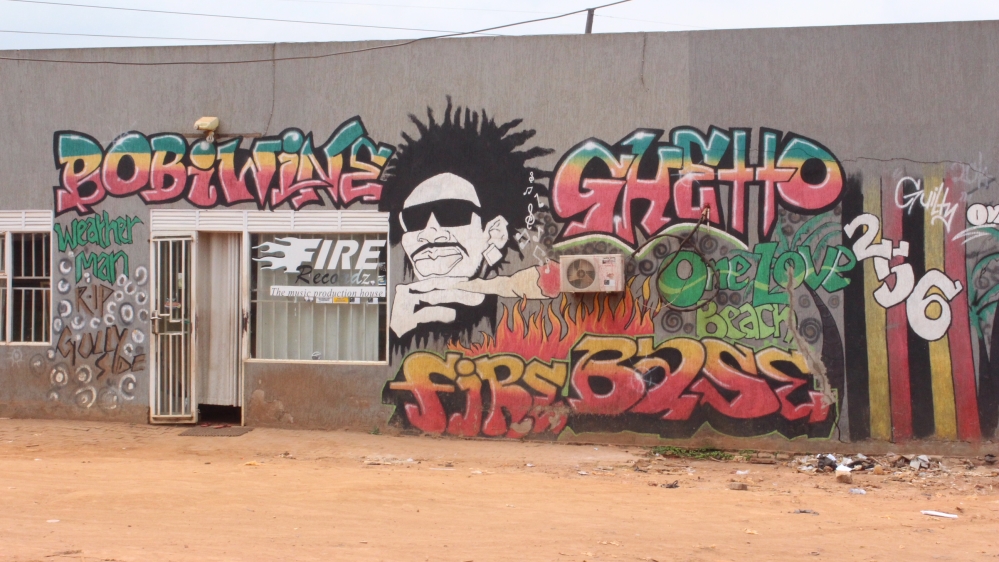 The group of people planning is very disconnected from the people it is planning for. They can’t pave the way for entry of new blood because there is so much sectarianism and corruption.

For anybody to get into a certain position, you must belong to a certain tribe, a certain family or must bear a certain last name.

And that alone excludes people while at the same time keeping others in office indefinitely. We can’t keep looking at one person or only one family for solutions.

Fans of Afrofuturism are in for a Treat this Year