Home » Africa » Some Nations Could Wait Years for Covid Shots. That’s Bad for Everyone.

While richer places, such as the U.S., hope to vaccinate most of their citizens within months, poorer countries, like Kenya, expect to reach just small fractions of their populations in that time. 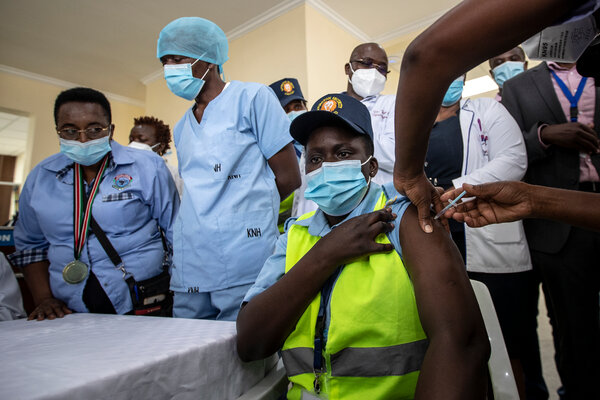 NAIROBI, Kenya — The nurse lay in bed this month, coughing, wheezing and dizzy with fever.

It was three months after rich countries began vaccinating health workers, but Kenyans like the nurse, Stella Githaiga, had been left behind: Employed in the country’s largest public hospital, she caught the coronavirus on an outreach trip to remote communities in February, she believes, sidelining her even as Kenya struggles with a vicious third surge of infections.

Ms. Githaiga and her colleagues are victims of one of the most galling inequities in a pandemic that has exposed so many: Across the global south, health workers are being sickened and killed by a virus from which doctors and nurses in many rich countries are now largely protected.

That is just the most visible cost of a rich-poor divide that has deepened in the second year of the pandemic. Of the vaccine doses given globally, roughly three-quarters have gone to only 10 countries. At least 30 countries have not yet injected a single person.

Scientists have long warned that such unfair treatment could not only haunt poorer countries, but also rich ones, if the continued spread of the virus allows it to mutate in ways that undermine vaccines. But the greatest human costs will almost surely be borne by less wealthy nations.

Already, unvaccinated doctors and nurses have died this year in countries including Kenya, Mozambique, Nigeria and Zimbabwe, depleting health systems that can ill afford to lose any more workers and threatening to diminish the level of care in nations overrun by variants.

The toll in Africa could be especially profound. The continent has 17 percent of the world’s people, but so far, it has administered roughly 2 percent of the vaccine doses given globally.

“I don’t think we have the capacity, as a country and even as Africa, to treat our own,” said Hazel Miseda Mumbo, vice chancellor of the Great Lakes University of Kisumu in Kenya, who has studied the country’s health system. “While these countries in the West are still scrambling for vaccines, Africa will have to wait. It may be a sad situation.”

In a worrisome sign of how uneven distribution is, even Kenya, one of the continent’s wealthier countries, is faring badly.

The first million Covid-19 vaccine doses arrived just before midnight on March 2. The elated health minister, Mutahi Kagwe, said that the country had “been fighting this virus with rubber bullets,” but now had finally acquired the metaphorical equivalent of “machine guns, bazookas, and tanks.” 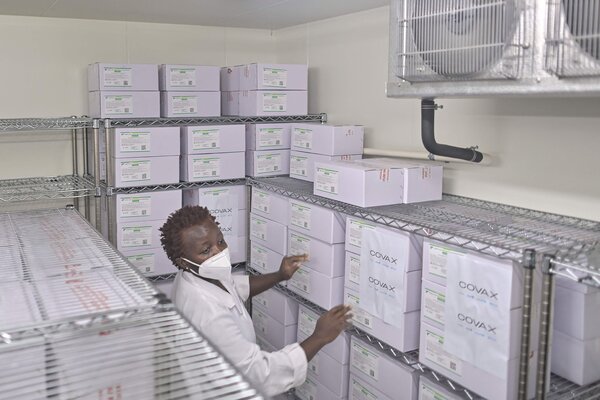 But that arsenal was not all it appeared to be. The doses were a month late, and a quarter of what had been promised. India recently stepped in with a relatively small, but welcome, addition of 100,000 doses. Kenya has no idea when exactly the next batch of vaccines will arrive.