President John Magufuli is seeking a second and final five-year term in office in October vote. 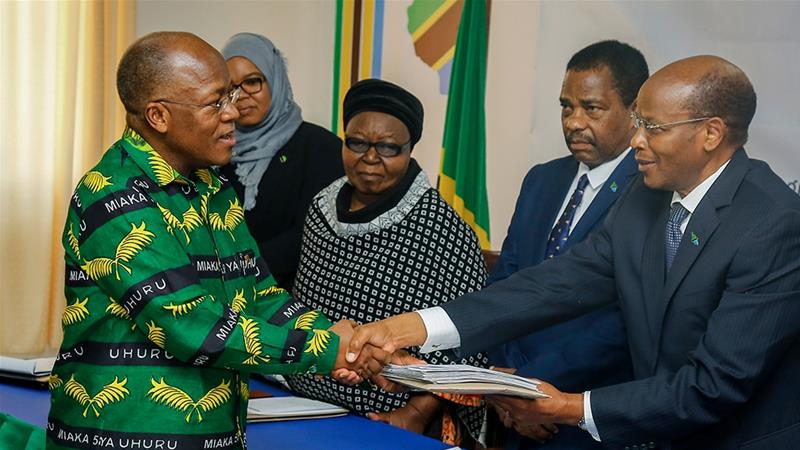 Tanzanian President John Magufuli will face 14 challengers in elections scheduled for this October, the elections board announced, with analysts saying a divided opposition is likely to ensure he wins a second term.

His main challengers are likely to be Tundu Lissu, who returned to Tanzania last month after spending nearly three years in Belgium for treatment after he was shot during an assassination attempt, and ex-foreign minister Bernard Membe, who was expelled from the governing Chama Cha Mapinduzi party in February.

The presidential and parliamentary elections are scheduled for October 28.

Opposition parties are heading to the polls without a coalition or alliance that helped them gain more votes in the last election. 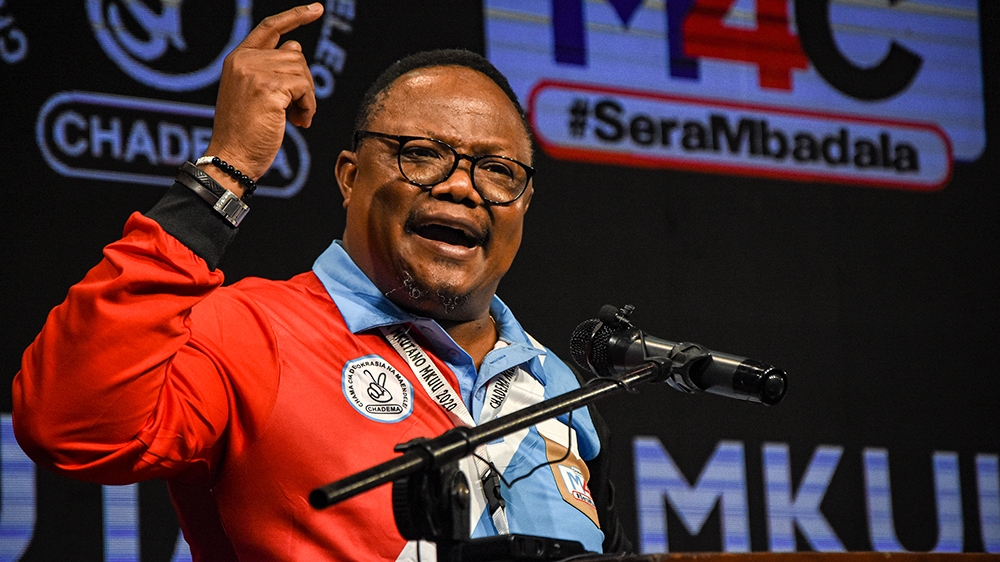 Richard Mbunda, a political science lecturer at the University of Dar es Salaam, said the lack of trust between parties and their need to use elections as public relations events is the reason there is no alliance.

Magufuli’s party has governed Tanzania since independence in 1961. He swept to power in 2015 promising to end corruption and expand infrastructure. But his tough governing style has cemented his nickname – the Bulldozer – originally bestowed on him during his time as public works minister.

Rights groups and the opposition have accused Magufuli of increasing repression ahead of the polls and intimidation of political rivals and the press, accusations the administration denies.