The UN said the violence was sparked by a ‘disarmament exercise’ that is part of the country’s recent peace agreement. 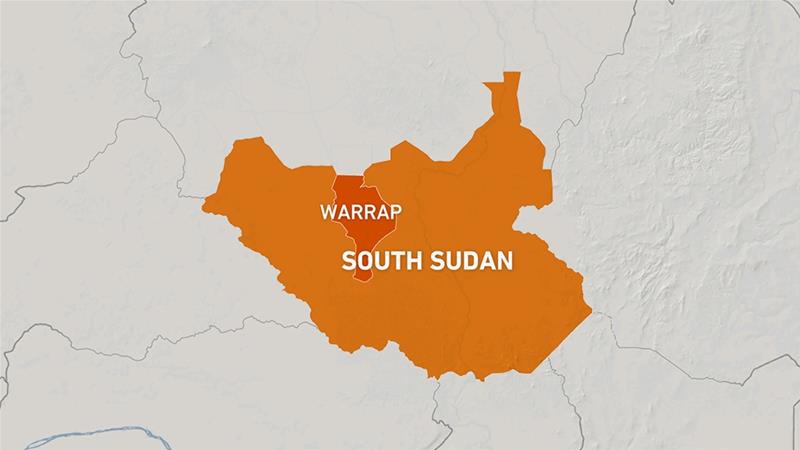 At least 70 people have been killed and dozens wounded during weekend clashes between South Sudan’s army and armed civilians in the north-central Warrap state, according to the United Nations.

UN spokesman Stephane Dujarric said on Tuesday the world body’s peacekeeping mission in South Sudan reported that “the violence was sparked by a disagreement over a disarmament exercise being conducted in the area”.

The disarmament of civilians is part of the most recent peace agreement signed between South Sudanese President Salva Kiir and rival Riek Machar, who was appointed vice president in February.

South Sudan declared independence from Sudan in 2011, but it was plunged into a ruinous civil war two years later when Kiir, an ethnic Dinka, fired his deputy, Riek Machar, a member of the rival Nuer community.

James Mabior Makuei, the councillor of Tonj East County in Warrap State, told dpa news agency that most recently violence began when civilians refused to hand over their guns to soldiers at a market in Tonj East on Sunday.

A number of bystanders joined in the fighting that ensued.

The violence quickly spread to nearby villages, with armed civilians attacking an army base in the nearby town of Romich on Monday morning, according to army spokesman Lul Ruai Koang.

Dujarric said a market in Romich “was reportedly looted and some shops were burned to the ground … Many women and children fled in fear of their lives”.

He said a UN peacekeeping patrol was heading to the area to assess the security situation.

The UN peacekeeping mission is urging all those involved in the violence “to lay down their weapons and to help restore calm for the sake of their communities”, Dujarric said.

He added the mission is engaging political and community leaders and will support local reconciliation and peace-building efforts to prevent further conflict.