Sikhala, an outspoken government critic, went into hiding in late July after he appeared on a police wanted list. 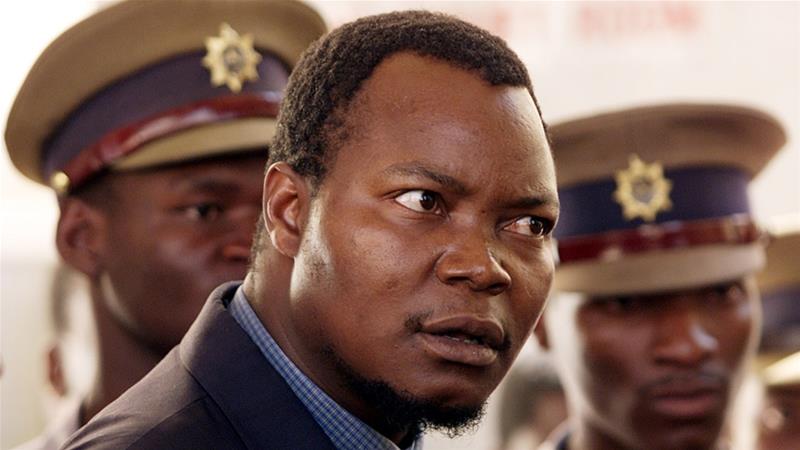 Zimbabwean security forces have arrested a legislator and outspoken opposition leader who went into hiding in late July after appearing on a police wanted list.

The Movement for Democratic Change-Alliance (MDC-A), the country’s largest opposition party, tweeted on Friday that its vice chairman, Job Sikhala, was arrested but gave no details.

The state-run daily Herald cited police confirming Sikhala, who is also a lawyer, was arrested in the western Harare suburb of Tynwald.

Sikhala is one of more than a dozen anti-government activists who went into hiding after police issued an alert seeking information leading to their arrest ahead of anti-government protests planned for July 31.

His party and the Zimbabwe Lawyers for Human Rights said he was charged with inciting public violence for allegedly backing the protest.

His arrest came as another opposition politician and government critic, Jacob Ngarivhume, was denied bail for the third time since being arrested for calling the protests.

The demonstrations were banned because of Zimbabwe’s anti-coronavirus measures.

Ngarivhume made a last-ditch attempt to secure his release, arguing that the demonstrations had remained peaceful. But a magistrate rejected this argument and said Ngarivhume remained a danger to society as he could organise protests if let out on bail.

Ngarivhume, the leader of Transform Zimbabwe, has been in jail since July 20 on charges of inciting public violence.

More than a dozen demonstrators who tried to protest, were detained from the streets. They were charged with inciting violence and then freed on bail.

Party cruise tragedy: ‘Too drunk to balance the boat’

Importance Of Having Next Of Kin Details In Land Transfer

Calls for calm as Mali gov't criticised for response to protests