Home » Americas » 1 dead, 8 hospitalized from Salmonella outbreak they believe may go back to ground beef

Health officials are warning about a Salmonella outbreak they believe may go back to ground beef.

One person has died and eight others have been hospitalized, according to the Centers for Disease Control and Prevention.

Ten people in total have reported an infection across six states.

Contaminated ground beef is a “likely source” of the outbreak, the CDC said, but a single supplier has not yet been identified. Salmonella was positively identified in repackaged, leftover ground beef found at the home of one of the sick Californians. 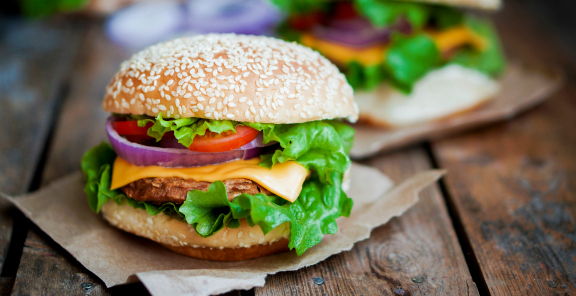 Read on for 15 things you didn’t know about ground beef. 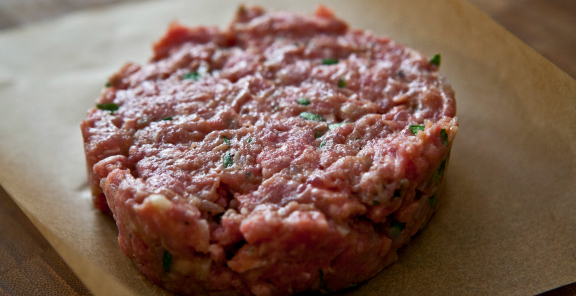 Ground beef is actually ranked third for foods that have the best source of iron, right after fortified cereal and grains! 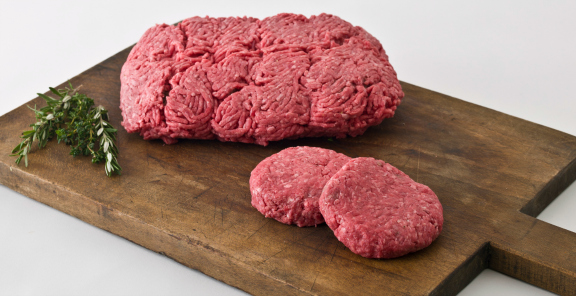 People lean towards chicken rather than beef when they are trying to be healthy. What most people don’t know is that compared to chicken, ground beef has has 8 times more vitamin B12, 6 times more zinc and 2.5 times more iron. So keep cooking up those cheeseburgers this summer! 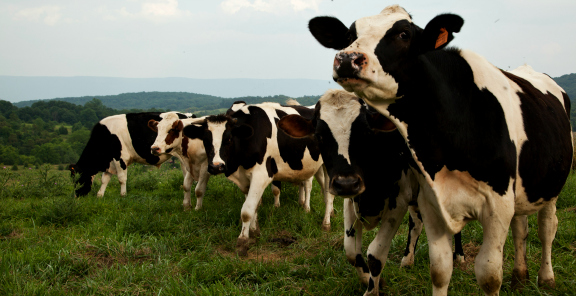 How Much Beef is American? 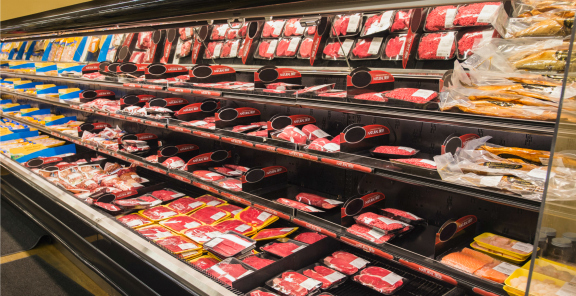 When Did The First Hamburger Come About?

The first burger on a bun was in Hamburg, New York at a county fair in the year 1885. However, it was not called a "hamburger" until 1912 when it was served on a yeast roll. 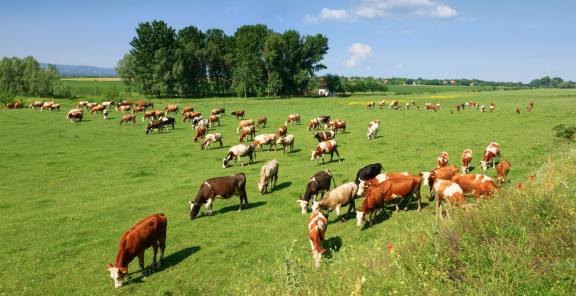 When Did Ground Beef Come to America?

It was first introduced to North America by Spanish explorers when they brought over cattle in the 1500s. 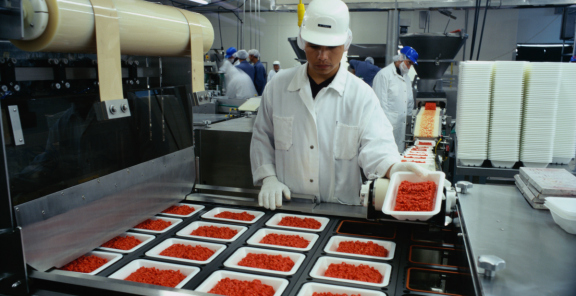 What Does President Benjamin Harrison Have to Do With Beef?

Since we all know how important inspection is, you will love to hear that in the late 1800s President Benjamin Harrison created the first law forcing meat products to be inspected! 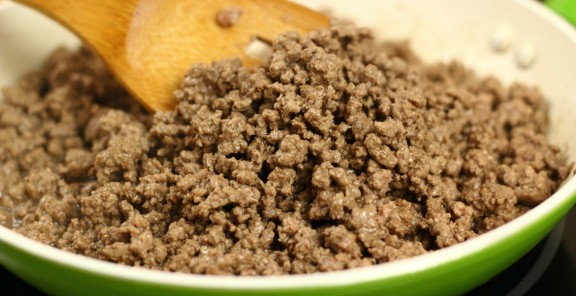 Who Really Kicked Off the Beef Craze In America?

In 1662, the first commercial meat packer in America was William Pychon. 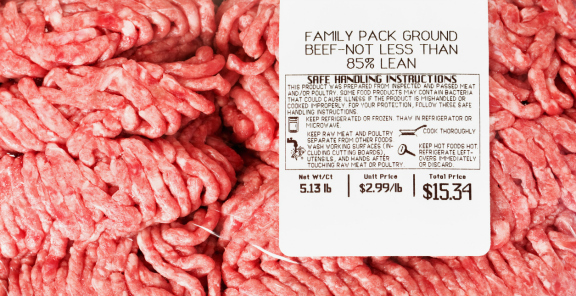 What’s the Difference Between “Hamburger” and “Ground Beef”? 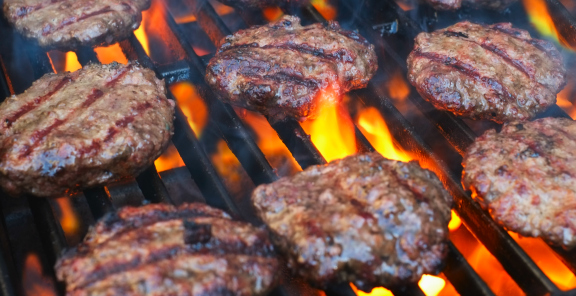 Does Ground Beef Have Bacteria?

Since bacteria is constantly all around us, there is no avoiding it completely. Occasionally, ground beef can contain illness-causing pathogenic bacteria such as Salmonella, Shiga-toxin producing E. coli and Campylobacter, among others. 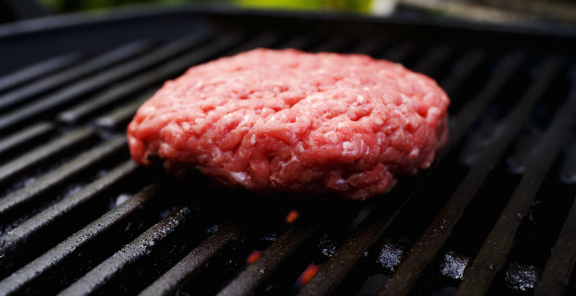 Can it Be Harmful To Us?

When it comes to ground beef, the USDA tells us to avoid the ‘Danger Zone,’ which is where the bacteria can grow and thrive rapidly. The ‘Danger Zone’ is anywhere between 40 and 140 °F (4.4 and 60 °C), so when you store your ground meat, be sure to set your refrigerator to the appropriate temperature (40 °F or below) and use within two days or freeze. 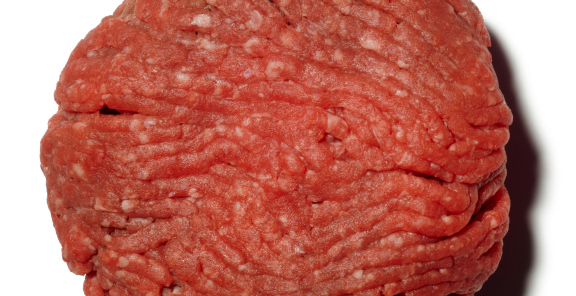 How Exactly are USDA-Inspected Plants Run?

The USDA makes sure to inspect plants to help stop the spread of bacterial contamination in ground beef. The beef must go through organic acid washes, water washes, steam pasteurization, steam vacuuming and other antimicrobials. 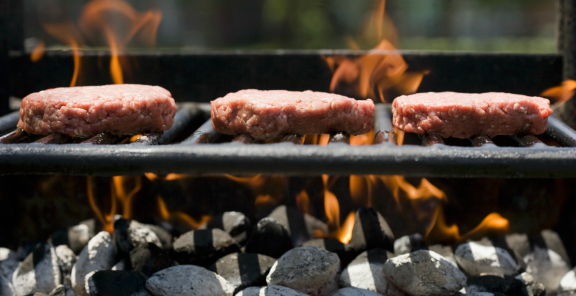 Aren’t we all? The USDA tells us that sell-by dates aren’t really meant for consumers, but more for the retailers at the grocery stores. They suggest that you either freeze or cook the beef within two days of purchase for the best quality and to ensure you stay safe from harmful bacteria. 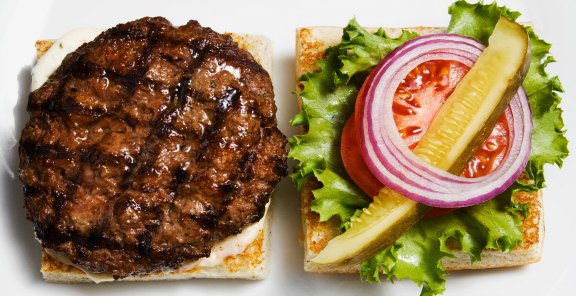 How Do I Cook Ground Beef Properly?

Keeping in mind all of the harmful bacteria that can be in raw meat, you want to cook it at a perfect temperature in order to destroy them. Using a food thermometer to check the inside the meat, make sure to keep your ground beef at at least 160 °F. 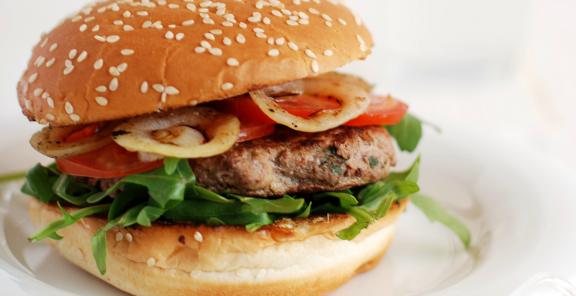 How do I stay informed about foodborne illnesses?

If you find yourself worried about whether or not the food you are consuming is safe, check out the OutBreak Database. You have the ability to choose from a lot of options to answer your specific questions.

Officials warned people not to eat raw or undercooked ground beef and to keep the raw meat from food that won’t be cooked before eating. You should also wash your hands with soap and water for 20 seconds after touching raw meat, as well as any countertops, cutting boards, plates and utensils used in food prep.

Symptoms of Salmonella including diarrhea, fever, stomach cramps, nausea, vomiting and a headache. Symptoms usually appear between six hours and four days after infection and can last up to a week.

Anyone who experiences bloody stool, prolonged vomiting or dehydration is encouraged to call their doctor.