With the clock ticking down to Election Day, here’s a quick catch-up on how politics has been played in New York, New Jersey and Connecticut this season — with bare knuckles and some audacious moves.

Andrew Cuomo has limitless ambition. What’s he going to do with it?

Seeking a third term, New York’s governor seems to have one eye on his legacy and half an eye on the White House.

Also read: When President Trump made an appearance at Cuomo’s bachelor party

How a 20-something socialist waitress trounced one of the highest-ranking Democrats in Congress. 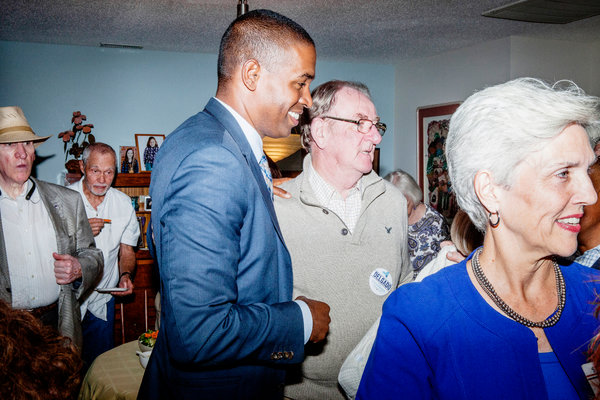 He’s a Rhodes scholar. The G.O.P. keeps calling him a ‘big-city rapper.’

Antonio Delgado is a black lawyer and Democrat running for Congress in an overwhelmingly white district north of New York City.

Letitia James has embraced Cuomo. Is it worth it?

The other Democratic candidates for New York attorney general tried to distance themselves from the governor. She accepted his support, and critics questioned her independence.

New Jersey’s senior senator is crucial to Democrats’ slim hope of a Senate takeover. So they’re looking past his baggage and fighting hard for him as he faces a tough race against a Republican.

Ocasio-Cortez’s next task: Empowering other female outsiders to win

Shout-outs from the upstart who shocked the Democratic establishment energized the campaigns of progressive candidates across the country.

The governor boarded state aircraft nearly 200 times last year. “Our airplane use sets a higher standard than any previous governor,” his spokeswoman said.

How a political machine works: Candidates are running for 21 seats, all unaware

Unsuspecting senior citizens in Queens were put up for office by Democratic bosses trying to cling to power. Some were livid. “What committee?” one said.

For Cynthia Nixon, what went wrong in the New York primary? (Clue: Cuomo)

“With $20 million, they were able to define her as only being an actress,” an adviser said.

Will Haskell, a Democratic hopeful in Connecticut, planned to go to law school. Donald Trump’s election changed that.

Mute buttons, Lincoln and a watch: 6 takeaways from the Trump-Biden presidential debate

How the US war on Afghan opium was lost

The next vaccine challenge is to reassure older Americans.