After all the votes had been counted in a heated House rematch in Central New York, only 12 votes separated Claudia Tenney, a former Republican congresswoman, from Representative Anthony Brindisi, a Democrat.

But the razor-thin margin is far from the only reason the race is engulfed in chaos.

There was the case of the missing Post-it notes, which had mysteriously fallen off a stack of disputed ballots, making it unclear whether they had been counted and why they had been challenged. The scandal has been christened “StickyGate” by local media.

Now comes the disclosure that 55 in-person ballots, apparently “mislaid and never counted,” according to a lawyer for the Chenango County Board of Elections, were found by elections workers in that county.

Eleven of the ballots are invalid, officials said, because the voters weren’t registered. Of the remaining 44 ballots, more were cast by Republicans, which should favor Ms. Tenney, who holds the 12-vote lead.

The bombshell revelation was but the latest twist in a race — the second closest House contest in the nation — that will ultimately be decided by the courts and could take weeks to resolve if it leads to a recount.

The fate of the race is of utmost importance for House Democrats, who are holding on to a slim majority after a disconcerting election cycle in which 12 Democratic incumbents have suffered defeat.

The other unresolved race is an open seat in Iowa’s Second District, where Mariannette Miller-Meeks, a Republican, was recently certified the winner following a recount in which she led the Democrat, Rita Hart, by just six votes. Ms. Hart has indicated she intends to challenge the result, which could be the closest congressional race in recent memory.

The election in New York’s 22nd Congressional District has underscored the perils of New York’s opaque and decentralized approach to administering elections, issues exacerbated in a race with razor-thin margins.

Indeed, the judge overseeing the election has increasingly expressed consternation with how election officials in the district's eight counties have mismanaged batches of disputed ballots.

Last week, the judge rebuked the Oneida County Board of Elections when its officials admitted they could not determine whether 39 contested ballots were counted or why they were challenged because the sticky notes that contained that information had been misplaced.

“We have a serious problem on our hands,” Justice Scott J. DelConte of the New York State Supreme Court said in court following the revelation, according to Syracuse.com.

The 22nd has been a hard-fought swing district for several years. Running from Lake Ontario to the Pennsylvania border, it encompasses both the city of Utica and Binghamton, in the state’s economically depressed Southern Tier. Those two cities provide ample Democratic votes, while the rural areas between and surrounding them are heavily Republican.

Over the past few weeks, Ms. Tenney, an avid supporter of President Trump who received his backing for her candidacy, has seen her lead dwindle from more than 28,400 votes based on ballots cast in person to a mere 100 votes or so, after tens of thousands of absentee ballots finished being counted last month.

That margin shrunk even more as some county boards submitted and modified their tallies throughout the court proceedings, sometimes without proper notice, giving each candidate a narrow lead at one point or another.

Both campaigns agree the outcome of the election now hinges on more than 1,500 absentee and affidavit ballots that the candidates have challenged, some of which have been counted already, though the exact figure remains difficult to pin down. Justice DelConte, a Democrat elected in 2018, is expected to rule on their validity in the coming weeks.

“The margin in this race is incredibly close and continues to change,” said Luke Jackson, a spokesman for Mr. Brindisi’s campaign. “As this process continues to play out, we are hopeful that once the counting process is completed, Anthony will be declared the winner.” 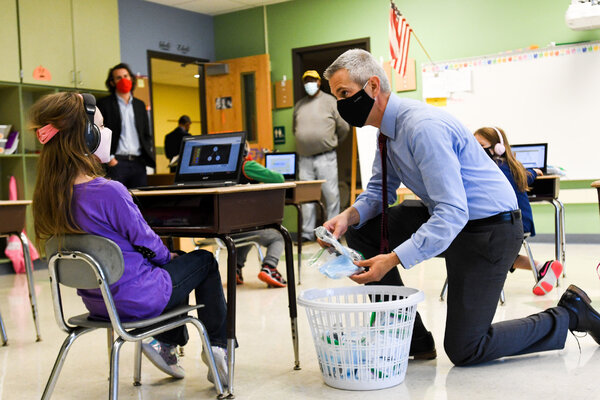 Sean Kennedy, a spokesman for the Tenney campaign, blamed the series of mishaps on Gov. Andrew M. Cuomo, who he said had not given local election boards “additional resources to cope with the deluge of mail-in ballots and changing rules.”

“As a result of Cuomo’s bad policies, local election boards struggled to maintain the integrity of our election process,” Mr. Kennedy said. “We will keeping fighting to see that all legal votes are counted so that voters can trust our system’s fairness and accuracy.”

Richard Azzopardi, a senior adviser to Mr. Cuomo, said the governor had made the National Guard available to election boards facing staff shortages to “help ensure an orderly election.”

The next hearing is scheduled for Monday in Oswego County, and the case could drag on if the judge orders local election boards to re-canvass the ballots. The judge could also approve a full manual recount, which isn’t triggered automatically in New York. (A new state law requiring recounts in races where the margin is 0.5 percent or less goes into effect next year.)

Even so, the judge must contend with the many legal tribulations that have arisen over the past few days and that threaten to cast doubt on the legitimacy of the result.

Under state law, election officials are supposed to mark the reasons the validity of a ballot was disputed directly on its back, in ink. But officials in Oneida County used the sticky notes, many of which got mixed up, and no markings at all were used for more than 130 absentee ballots being contested in Madison County.

Because objections were not properly documented, the Tenney campaign argued in court filings on Wednesday that the judge has no jurisdiction to rule on the validity of those ballots and should certify the results as they stand.

The counties’ shifting tallies have also raised concerns about the reliability of their record-keeping, frustrating Justice DelConte, who ordered election officials to preserve and not to alter tallying records and work sheets moving forward.

The proceedings were waylaid again on Tuesday when the lawyer for the Chenango County Board of Elections sent a letter to the judge, with few details, about the discovery of the 55 previously unreported affidavit ballots cast in person during early voting.

Justice DelConte has not said how he will deal with the 44 valid ballots of those 55, which election officials say have not been opened or counted.

The race in the 22nd District is just the latest New York race to stretch into extra innings, a result of both the state’s languorous approach to vote-counting and a surge of absentee ballots that swamped a system set up to rely on in-person voting.

The state, which had long lagged behind other states in election reforms before passing a raft of new laws in 2019, greatly expanded the ease and access to absentee voting earlier this year as a response to the coronavirus, which has killed tens of thousands of New York residents.

The first test of that expansion came during a primary in June that was not encouraging, when hundreds of thousands of voters cast ballots by mail and some races weren’t called until early August.

That delay was explained by both the sheer volume of ballots as well as state law that sets strict procedures for handling absentees — which usually made up just a fraction of the total vote — including delaying the actual counting until well past Election Day.

The final result in that race was also delayed as absentee ballots were counted. Ms. Tenney, herself a former assemblywoman, had first been elected in 2016, succeeding Richard L. Hanna, a three-term centrist Republican, who had retired and rejected Donald J. Trump as his party’s standard-bearer.