The seven steel boilers should have been replaced years ago.

Instead, they continue to sputter inside a cavernous brick building, producing steam that travels through a maze of old pipes providing heat and hot water to the Breukelen Houses in Canarsie, Brooklyn, a public housing complex where 3,500 people live.

On a recent morning, a masked welder squeezed into the dark chamber of boiler No. 7. One of its metal plates had corroded, and the boiler, built in 1985, needed to be patched up with a new one. Nearby stood a new 15-foot-long steel tank that collects water for the boilers to heat back to steam; it was free of punctures or leaks.

“The old one was completely rotting,” said Anthony Picciano, a superintendent who oversees heating plants in Brooklyn developments run by the New York City Housing Authority, or NYCHA.

As winter approaches, the city is racing to ready boilers in the nation’s largest public housing system, where widespread heat outages have repeatedly left many of its 400,000 low-income residents shivering in their homes. Many of the boilers are old; some were built in the 1950s. With temperatures dropping, the fragile, antiquated heating network imperils a large portion of public housing residents: children, older residents and people with health conditions.

Providing consistent heat is only one challenge in a long list of woes for the agency, which oversees 176,000 subsidized apartments. NYCHA is under the supervision of a federal monitor after federal prosecutors accused it of years of mismanagement. In addition to heating inadequacies, the agency has a history of failing to rid its apartments of mold and lead paint.

More than half of the housing authority’s 1,713 boilers — some made by companies that no longer exist — are more than 20 years old, the typical life span of a boiler.

Following years of underfunding and poor maintenance, nearly half are in critical condition and need major repairs or replacement.

Pipes that circulate steam to apartments are crumbling, aging buildings are poorly insulated and radiators need to be overhauled. 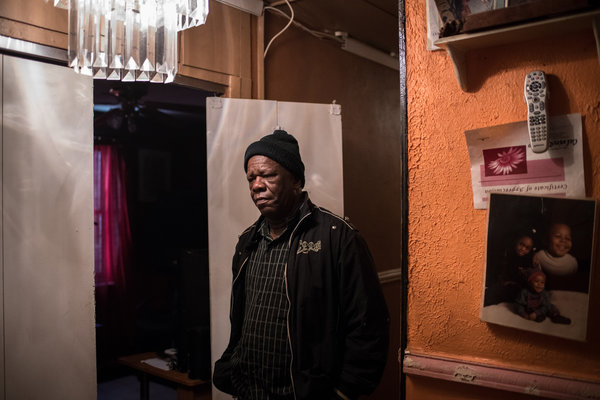 Replicating changes implemented last winter, the agency has set up a centralized command center to respond to outages more quickly and has staffed technicians around the clock. NYCHA recently submitted a 10-year plan to the federal monitor outlining how it plans to replace its worst boilers.

The agency plans to recruit an additional 70 heating plant technicians, significantly more than last winter, but still 100 workers shy of the number it ideally needs, said Joey Koch, a senior vice president at the authority. The new technicians are not new hires but caretakers who are being promoted.

“We’re reading data in a different kind of a way,” Ms. Koch said. “We’ve started really tracing the causes of the problem so that we can accurately fix them, thinking strategically about where to invest whatever money we get, whether it’s capital or expense dollars.”

Two winters ago, a spell of bone-chilling temperatures exposed the vulnerabilities of NYCHA’s decrepit boilers: More than 80 percent of residents experienced at least one outage and were left to fend off the cold by boiling water or opening gas ovens. The agency’s then-chairwoman, Shola Olatoye, resigned several months later, following punishing headlines and a scathing City Council hearing at which she refused to apologize.

Housing officials said they made strides last winter, even though more than 131,000 apartments lost heat or hot water at least once. There were fewer heat outages reported last winter than during the previous one, and the average time to restore heat went down from 30 hours to eight hours, officials said.

But as it started to get cold again, those improvements meant little to residents of the Breukelen Houses. It was among the developments with the most outages last winter.

During the heat season, landlords are legally required to maintain inside temperatures at a minimum of 68 degrees if the temperature outside falls below 55 degrees. Regardless of outside temperature, apartments must be at least 62 degrees inside at night.

Even with electronic sensors that record temperatures at a handful of developments, federal prosecutors found that NYCHA’s own records show temperatures routinely drop below the legal minimum at thousands of apartments.

“NYCHA is crippling the same people, the same tenants, who have been paying their rent and coming home to a frozen apartment, which is not so much illegal as it is unsafe,” said Calvin Dumgo, 59, a lifetime resident and former tenant association president of the 31-building development.

Earlier this year, NYCHA told the office of Congressman Hakeem Jeffries, a Democrat who represents parts of Brooklyn, that new boilers wouldn’t be installed until at least 2023, according to emails reviewed by The New York Times. However, Barbara Brancaccio, a spokeswoman for the agency, said that there was not a concrete date for the new boilers.

Last Friday, as outside temperatures hovered in the low 60s and dropped to the mid 50s at night, residents said they were beginning to feel cold inside their homes.

“Even my dogs have sweaters on today,” said Alexandra del Castillo, 48, a school bus driver and mother of two who has lived at the Breukelen Houses for 22 years. “We withstand too much cold here,” she said, adding that her family typically relies on two electric space heaters, not the apartment’s radiators.

It probably doesn’t help that more than half of NYCHA’s buildings, like those at the Breukelen Houses, were built in the 1950s or earlier. Their insulation and piping systems are below today’s standard for new construction, causing heat leaks and inefficiencies. It’s also why residents at some developments often speak of a different problem: apartments so overheated that people end up opening windows in the middle of winter.

Identifying the source of an outage can be complex. It could come from a breakdown in a boiler room, a leak in the pipes that send steam to buildings or a failure in the vertical risers that carry heat up to homes — all of which can set off a domino effect and make the entire system collapse.

“One of the things I think folks don’t understand is the chance of a component failure anywhere along that chain,” said Gregory Russ, the agency’s recently appointed chairman. “Any of those component failures, depending on what it is, can lead to a heat outage in a building. It’s not simply that the boiler isn’t firing.”

Moving forward, Mr. Russ said he was looking to holistically assess buildings to address not only old boilers but other factors that could make buildings greener and more efficient. Some experts and environmental groups have suggested that the most sustainable and cost-effective solution is moving away from steam heating, an energy-inefficient and fossil-fuel-heavy method that is the century-old norm in most of the city.

Many of those investments, however, would require significant funding which NYCHA doesn’t have: Its buildings need more than $32 billion to overhaul elevators, roofs and apartment interiors.

In looking forward, the housing authority could learn from its past.

Some of NYCHA’s most reliable boilers are also its oldest: Three hulking boilers beneath the Berry Houses, an eight-building development on Staten Island that only experienced one outage last winter, have roared to life every day since 1954.

How have the 20-foot boilers, which were manufactured by Fitzgibbons, a now-defunct boiler company from upstate New York, endured? Possibly because “some old things were built better than your newer stuff,” said Gary Dubner, a heat plant technician at the development.

Then there’s the fact that Mr. Dubner and his colleague, Brian Dwyer, have cared for the boilers every day for the past 25 years, consistently treating the water with the right chemicals so the machinery doesn’t rot.

Mr. Dubner has forged a deep connection with the boilers: Even before he opens the door to the boiler room each morning, he can tell if there’s a problem just by the sound they’re making. High turnover of technicians at other locations, he said, was something NYCHA could address to retain workers who know the equipment intimately.

On a recent visit, the two men had already spent three days prepping each boiler for winter, taking them apart and cleaning out the soot and built-up scale.

“How do they still work?” Mr. Dubner said. “By loving care.”

Luis Ferré-Sadurní writes about housing in New York City for the Metro Desk. He joined The Times in 2017 and is originally from San Juan, Puerto Rico. @luisferre

A New Surge at a Santa Monica I.C.U.

Climate change main cause of fires in US west, study finds