About 2,500 people have lodged formal complaints in the last four and a half years with the New York Police Department, reporting that officers acted with bias toward them.

Not a single allegation has been substantiated by the Police Department.

In a report issued on Wednesday, a city watchdog agency found the investigations of these complaints against the police lacking, and recommended changes to how the department classifies and handles bias allegations.

Often, allegations were listed as unsubstantiated or unfounded, and closed, according to the report by the city’s Department of Investigation.

In some cases officers misclassified complaints or failed to interview people involved. The report also concluded that police officials did not take bias allegations as seriously as they do other kinds of police misconduct.

“Establishing effective and fair processes for the investigation of biased policing allegations is a fundamental component of the Police Department’s relationship with the public, helping to build trust and confidence,” Margaret Garnett, the D.O.I. commissioner, said in a statement.

In 2014, the Police Department created a way for residents to report incidents of bias by officers as a separate class of complaints and started investigating them.

At the time, senior commanders were wrestling with the fallout over the department’s “stop-and-frisk” policy, under which thousands of mostly black and Hispanic men were searched on what a federal judge determined were questionable constitutional grounds. 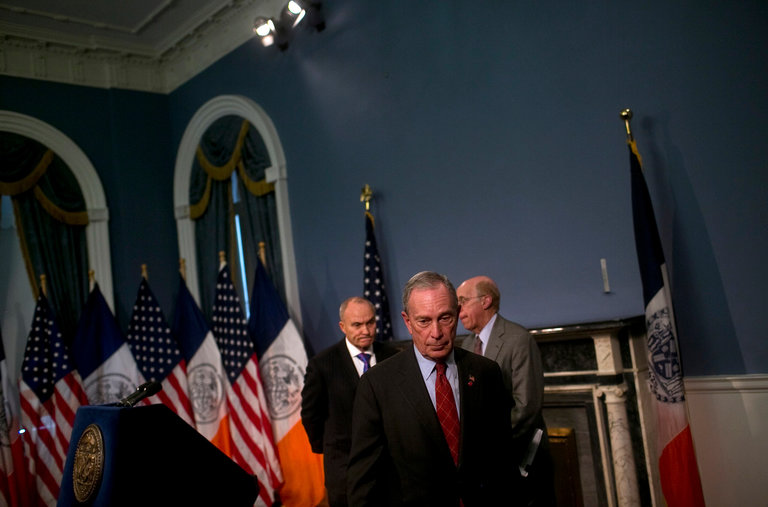 The intent was to give city residents a direct way to make complaints to the police about sensitive issues like racial profiling or the role of prejudice in arrest decisions. In the five years since the program was unveiled, 2,495 complaints have poured in for the department to investigate.

But in the report, Philip K. Eure, the city’s inspector general for the Police Department, recommended an overhaul of how the police investigate bias complaints, including better training for officers and more transparency about the allegations. The department currently offers no public accounting of bias incidents or complaints.

Mr. Eure also recommended the department require officers to report incidents of bias if they see their colleagues act in prejudiced ways.

The inspector general reviewed 888 bias incidents investigated by the Internal Affairs Bureau and found that 68 percent accused the police of racial bias.

In several incidents, the report said, investigating officers failed to pursue the case properly or filed it incorrectly, which hindered the case from being handled appropriately.

Often, the report said, officers cited guilty pleas or convictions as evidence that the bias claims were unfounded and simply closed the case.

In one complaint, a woman reported that her husband, who is black, was targeted by officers because of his race. The officers boxed in her husband’s car and said his disability placard seemed invalid because he “looked fine,” the report said. The woman said officers then cited her husband for littering after they spotted a discarded cigarette on the sidewalk.

Another woman reported that her son was arrested and taken to the police station, where an officer was heard saying, “You know what I do with Gypsies? I put all Gypsies in jail.”

Proving that such claims stem from bias is difficult, the inspector general acknowledged, because investigators must demonstrate the officer’s motive was linked to prejudice.

Still, the report concluded there is significant room for improvement in the department’s methods.

Most critically, the report found, the department does not consider slurs or offensive language to be evidence of “biased policing.” Such incidents are only investigated if the slur is accompanied by another action, like an arrest, use of force or refusing to take a complaint.

The report also recommended that the police grant the civilian complaint board the authority to investigate bias complaints that it receives, instead of sending the cases to internal affairs investigators.

The department acknowledged in a statement that it could improve, but pointed out that the number of bias incidents being reported by civilians had decreased by a third in the first five months of the year, compared to the same period last year. It also noted that the inspector general had not identified any cases where a complaint should have been substantiated.

“Even with the positive changes already made, and the full context of this report, the N.Y.P.D. knows there is more to do,” the Police Department said in a statement.

Ali Watkins is a reporter on the Metro Desk, covering courts and social services. Previously, she covered national security in Washington for The Times, BuzzFeed and McClatchy Newspapers. @AliWatkins

Robert Fisk: 'Leader may be dead – but Trump's bizarre diplomacy has brought Isil back to life'