For Trimeka Rollins’s daughter, who is 24 and transgender, New Jersey’s only women’s prison was supposed to be a haven.

She had been shuffled from one men’s prison to another, facing abuse at both, her mother said, before finally being transferred in November to the state’s only lockup for women, Edna Mahan Correctional Facility.

“We thought it would be a little different,” Ms. Rollins said.

In a Jan. 11 incident that is now at the center of a wide-ranging criminal investigation, her daughter was handcuffed and beaten so badly by four guards that ligaments ripped in her knee, Ms. Rollins said, forcing her to rely on a wheelchair to move around.

It is the latest episode in what has emerged as a yearslong pattern of abuse of inmates by guards at the troubled western New Jersey prison.

The prison’s top administrator and 29 correctional officers have been suspended, state officials said. New Jersey’s attorney general’s office is investigating; the governor on Wednesday appointed a former comptroller to lead a separate, independent inquiry; and the State Assembly announced hearings into “widespread abuse and use of force.”

“A pattern has developed at the facility and those supervising it are not doing nearly enough to protect its vulnerable inmates,” the Democratic leader of the Assembly, Craig J. Coughlin, said Wednesday in a statement.

“We need answers and we need reform.”

According to Ms. Rollins, who has been communicating daily with her daughter through a prison email system, at least three women were seriously injured in the melee, which was first reported by NJ.com. Two women were taken for treatment outside the prison, she said, but her daughter, who was convicted of robbery and is serving a five-year sentence, was treated by an on-site nurse.

“I’m just afraid that the ones who are left are going to retaliate,” Ms. Rollins said about the remaining guards. “I am definitely afraid for her life.”

The suspensions are just the most recent scandal at Edna Mahan.

In April, a report by the Justice Department found that inmates there were regularly sexually assaulted by guards. They were sometimes forced to engage in sex acts with other prisoners while staff members looked on, coercion deemed so prevalent that it was found to violate constitutional protections from cruel and unusual punishment.

Several guards had been convicted in 2018 and 2019 of sexually assaulting women, but the problem persisted.

“A ‘culture of acceptance’ of sexual abuse has persisted for many years and continues to the present,” the report concluded.

Earlier this month, federal investigators were also highly critical of the administration of a New Jersey jail in Cumberland County, where seven inmates died by suicide between 2015 and 2018. The Justice Department said the jail had failed to prevent the deaths or provide adequate mental health care, in violation of the Constitution.

Edna Mahan’s troubled history, and the large number of officers tied to the new allegations, led to immediate calls for the dismissal of the commissioner of corrections, Marcus O. Hicks. It also amplified demands for the governor, Philip D. Murphy, to fully implement a raft of initiatives stipulated in a bill that he signed into law more than a year ago that expanded parental rights of prisoners and called for a more independent review board to ensure accountability and “continued improvements within all correctional facilities.”

A spokeswoman for Mr. Hicks said the commissioner’s decision to remove so many correction officers at once was indicative of his full commitment to routing out abuse.

The first reports of assault began flowing into a state ombudsman’s office on Jan. 13.

“Inmates contacted our office as well as some of their family members,” Dan DiBeneditti, the corrections ombudsman, said.

Investigators have interviewed each woman in a restricted housing area for prisoners accused of disciplinary infractions — where the incidents were said to have occurred — but have released no details about what led to the suspensions of 30 employees. A state investigator said they were still working to piece together the many varied accounts of the chaotic scene that one inmate, in an interview with NJ.com, said involved more than two dozen officers in body armor.

“It makes me physically ill to think that every day women are enduring these barbaric conditions,” said Assemblywoman Yvonne Lopez, a Democrat who has been a prime sponsor of legislation related to prison reform. She has also introduced legislation that would make New Jersey the first state in the country to require correctional officers to wear body cameras.

The president of the union that represents most correctional officers in New Jersey, William Sullivan, did not reply to calls or emails.

Named for one of the first female correctional superintendents in the country, the prison in Clinton, N.J., houses about 650 women in three compounds; prisoners are separated based on the severity of their crimes, according to the Justice Department report. 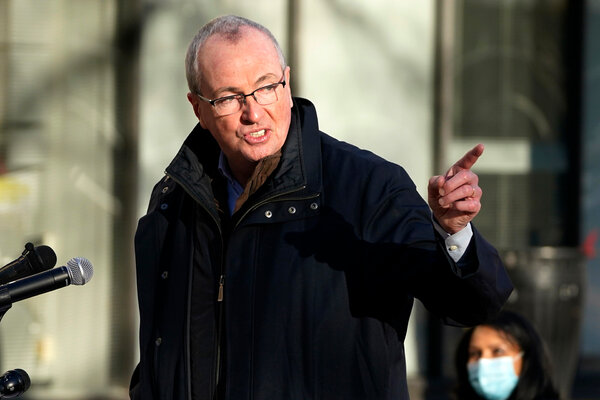 Last January, Mr. Murphy signed legislation known as the Dignity Act, which, in part, called for greater independence of the office of the correction ombudsman, which is currently made up largely of former prison employees and located in the same building as the state’s Department of Corrections administrators. That transition has not occurred.

Ms. Rollins’s daughter told her the assault was linked to harassment directed toward transgender women.

“There was an argument between an officer and another transgender person,” Ms. Rollins said. “From there, it was the officer making threats. ‘We’re going to take care of you all,’ and stuff like that. The other inmate actually said, ‘If you’re going to do it, come do it.’ And that’s what set it off.”

During the assault, Ms. Rollins said, her daughter was handcuffed and thrown to the ground, where officers wearing boots stomped on her face.

Ms. Rollins, who lives in Maryland, said that she was told that she would need to contact a lawyer to access a report related to the Jan. 11 allegations or her daughter’s medical records, which she said she had done.

Mr. Murphy said Wednesday that he was “sickened” by the allegations.

“Let me be clear: Every individual in state custody deserves to be treated with dignity and respect, and we must always remember that female inmates have long been uniquely vulnerable to abuse,” the governor, a Democrat, said in a statement.

He named Matt Boxer, a former comptroller now in private practice, to lead an independent inquiry “to determine how this happened and make recommendations to prevent anything like it from ever happening again.”

“Based on those findings, which I expect to receive in an expedited fashion, any individual who acted improperly will be held fully accountable,” Mr. Murphy said. “These types of incidents will never be tolerated.”