The shooting began outside a cemetery in Jersey City, N.J., on Tuesday when a 40-year-old detective tried to intercept two people who were suspects in a homicide. They opened fire and fled, speeding off in a rented truck that had been reported stolen and leaving the detective dead on the ground.

They drove about a mile, stopping in a Hasidic neighborhood where dozens of young ultra-Orthodox families have relocated to in recent years. With traffic at a standstill as the police rushed to answer 911 calls about the shooting at the cemetery, the pair invaded a kosher market.

What followed was an all-out gun battle as police officers swarmed the area and helicopters circled overhead. About a dozen schools went on lockdown for hours, trapping thousands of students in classrooms long after the school day usually ends. New Jersey Transit suspended bus service and a light-rail line that runs through Jersey City for a time. A nearby exit off the New Jersey Turnpike was closed for hours.

When the street was quiet again, five people in the market were dead — three people who were either customers or workers, as well as the two suspects, who have not been identified.

Investigators initially said they believed that the store was chosen at random and that the episode was not a hate crime. The city’s director of public safety said at an afternoon news conference that there was “no indication” of terrorism.

By Tuesday night, however, the city’s mayor, Steven Fulop, said on Twitter that officials now believed that the shooters had “targeted the location they attacked.” He did not provide further explanation or say whether the violence was related to anti-Semitism.

But he added that, “We have no indication there are any further threats.”

The confrontation between the armed suspects and local, state and federal law enforcement officers turned a residential neighborhood into a battle zone, with videos taken by witnesses capturing relentless blasts from guns.

“Our officers were under fire for hours,” said the Jersey City police chief, Michael Kelly. 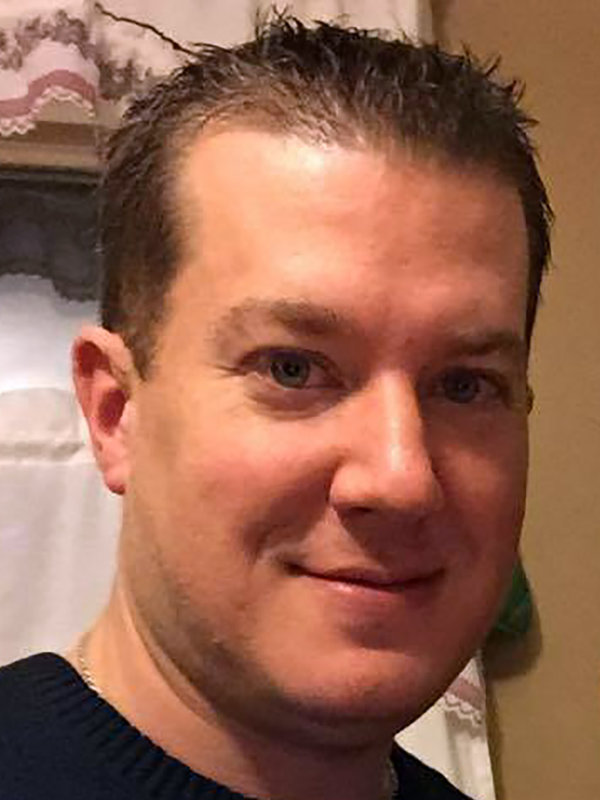 Officials said the violence, the worst in Jersey City in recent memory, involved three crime scenes: the cemetery, the rented truck — which they said might have been carrying an incendiary device — and the kosher market, which is next door to a synagogue and a school with more than 100 students. A prayer service had just ended there.

In an instant, soon after the gunfire began, there was chaos and confusion, as residents fled their homes. They stood, anxious, behind barricades as SWAT teams, bomb squads and heavily armed officers moved in.

It was not immediately clear what led to the confrontation at the cemetery in Jersey City, which is across the Hudson River from Lower Manhattan. But at the market, residents described a tense standoff with exchanges of gunfire. Willy McDonald, 67, said he heard “this constant shooting.”

“This is one of the biggest gunfights I’ve seen in a while,” he said, “and I’ve been in Vietnam.”

Another resident of the area, Corey McCloed, 39, said it seemed that Jersey City was under siege. And Orthodox Jews in New Jersey and New York followed the situation on Yiddish-language social media groups, said Yosef Rapaport, a Hasidic community leader from Borough Park, Brooklyn.

One video, narrated in Yiddish and shot from a second-floor window at the scene, showed an armored vehicle just after it rammed into the front window of the kosher market.

Moishe Ferencz, the owner of the market, JC Kosher Supermarket, had just left his store to take a quick break at a nearby synagogue, according to his mother, Victoria Ferencz. After a couple minutes, shots rang out. The synagogue was put on lockdown, and Mr. Ferencz’s thoughts turned to his wife, Mindy.

She had been left tending the market.

Ms. Ferencz, 72, said she hadn’t yet heard whether her daughter-in-law was safe. “I’m still hoping against hope,” she said on Tuesday night.

Mr. Rapaport said his nephew, Shimon Goldberger, was leaving the synagogue and saw two people climb out of a rental truck with rifles. Mr. Rapaport quoted Mr. Goldberger as saying they started shooting immediately. Mr. Goldberger ran to his car across the street and called 911.

Chief Kelly said the officers who were sent to the market were met with “high-powered rifle fire.” Two officers were hit, he said, but both were released from the hospital several hours later.

The dead detective was identified as Joseph Seals, a police veteran who was assigned to a citywide task force whose mission was to remove guns from the streets in Jersey City — the second-most-populous city in the state, with a quarter of a million residents. Chief Kelly called him “our leading police officer” in that effort and said that he had been responsible for “removing dozens and dozens of guns from the streets.”

Chief Kelly said Detective Seals had joined the force in 2006. In 2008, Detective Seals was credited with helping to prevent a sexual assault on Christmas Eve, when he and his partner climbed a fire escape behind a 23-year-old burglar. They had been alerted by a woman who called 911 after she had chased the man away from her building. But according to a report of the incident, he returned within minutes, while she was still on the phone.

On Tuesday, one of the officers who exchanged fire with the suspects was Joseph Kerik, the 34-year-old son of the former New York City police commissioner Bernard Kerik.

Mr. Kerik said that his son is a Newark police detective who went to the shooting with two Jersey City police officers with whom he had been working on a task force. The officers drove to the store in an armored police vehicle and rammed through the entrance, he said.

Mr. Kerik said that when the suspects began shooting, his son and the two Jersey City officers returned fire. He said that afterward, his son’s ears were ringing from the noise of the shooting but that he was not seriously hurt.

“Once again, our nation is faced with scenes of carnage, fear, hopelessness and loss,” Senator Booker said. “There should be no place in America where residents are gunned down while shopping for groceries, officers are slain while protecting our communities and children are sheltering in place at school. These tragedies cannot become our new normal.”

The governor praised the Jersey City police for their courage in the face of danger. “There are days that require us to stop and think about what it means to put on a uniform every day,” he said. “And God knows this is one of those days.”

Rabbi David Niederman, the executive director of the United Jewish Organizations of Williamsburg, a Satmar Hasidic community organization, said people in the Jersey City Hasidic community had told him that the shots came into the market first through the glass window. The attackers then tried to take cover inside the store.

The kosher market caters to a small but growing number of Hasidic families who have moved to Jersey City in recent years. Many of them belong to the ultra-Orthodox Satmar sect and have settled into houses on dense blocks with neighbors that include a Catholic school, a Pentecostal church and a Dominican restaurant.

The market opened three years ago, signaling that the Orthodox community was putting down roots in what had been, and remains, a largely African-American part of Jersey City.

Detective Seals had lived in North Arlington, N.J., about eight miles north of Jersey City, for at least five years, neighbors said. Neighbors described him as a dedicated father with five children.

One neighbor, Josephine Gonzalez, looked at the Christmas lights on their block and said the holiday cheer disappeared the moment officers arrived to deliver the somber news to the family.

“Unfortunately, they will have a very sad Christmas,” she said. “It’s a horrible tragedy.”

'Sometimes you have to walk, and this was just one of those times' – Trump says talks with Kim failed over North Korean sanctions demands