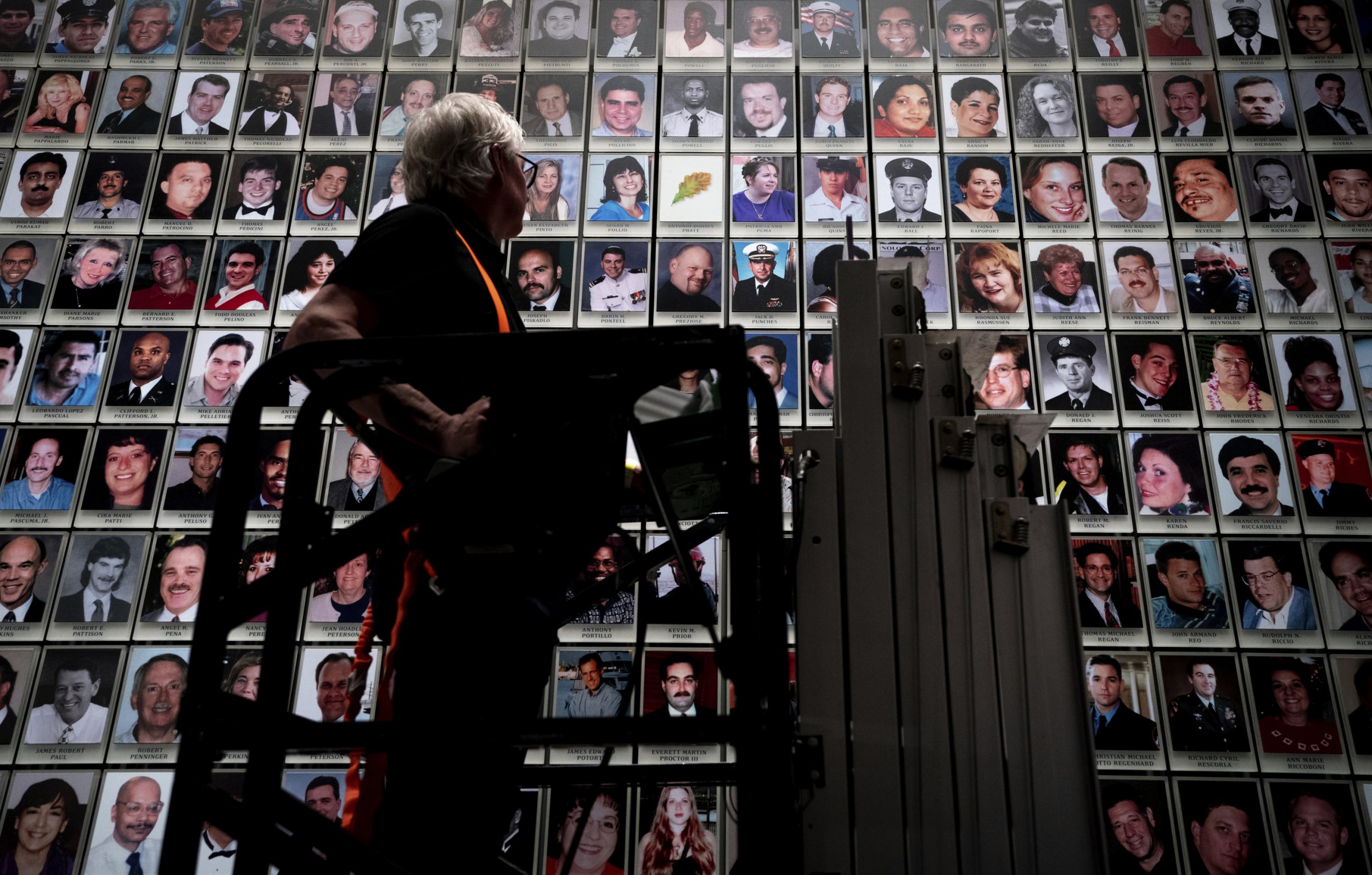 On the 21st anniversary of the 9/11 terrorist attacks, a monumental exhibit to the fallen has finally been completed.

The Portrait Wall, viewable at the 9/11 Memorial and Museum at Ground Zero in New York City, long sought to portray an image of all 2,997 victim from the attacks.

But the task of compiling these images was not easy. The project, which was started in 2006, was incomplete for over a decade – even after its first public unveiling in 2014.

The New York Times published a front page story about the exhibit in 2016, which helped provide some context and information on the seven missing portraits.

After reading the story, a federal employee in Washington, DC, realized that she might be able to help in the search.

The employee informed her boss, Department of Homeland Security (DHS) Associate Director Tammy Meckley, who assigned researchers to delve into the agency’s records housed deep underground in a facility in Lee’s Summit, Missouri.

But even after efforts from the DHS and the Times Investigations Desk, two individuals eluded Ramirez for years: Albert Ogletree and Antonio Dorsey Pratt.

A breakthrough occurred earlier this year in March, when Kathy Abdo, a retired high school math teacher and a city councilwoman in Ogletree’s hometown of Romulus, Michigan, tracked down his high school yearbook photo.

‘The fact that a Romulus student died in 9/11 made me feel an obligation to find his picture,’ Abdo told the Detroit Free Press.

She found Ogletree’s freshman year photo by paging backwards through the school’s yearbooks.

‘For some reason, he was only in one yearbook,’ Abdo said. ‘I don’t know if he went into the military, dropped out – or just didn’t get his picture taken. But I went through every yearbook I could. It just seemed to be the right thing to do.’

In June, the final portrait was added to the wall after the museum succeeded in tracking down a picture of Antonio Dorsey Pratt.

‘The image that we got is a snapshot of him with a group of coworkers at another employment location – so it was well previous to 2001,’ said Alice Greenwald, president and CEO of the memorial and museum.

Greenwald said that the photo needed a lot of work done in order to zoom in on Pratt’s face.

‘Now he is represented by a face that is recognizable and beautiful, even if it is a little pixelated,’ she said.

‘They called him Tony,’ said Mary Fetchet, the executive director of the Voices Center for Resilience, which collaborated with the museum on the project.

‘You can see from looking at that photograph that he was so very caring and compassionate.’ The Center for Resilience learned these details from another one of Pratt’s work colleagues.

Hiring, Firing, Setting the Culture: Black Women at the Top of TV News

Iran intended to kill US personnel in missile attack: US general Mark Milley