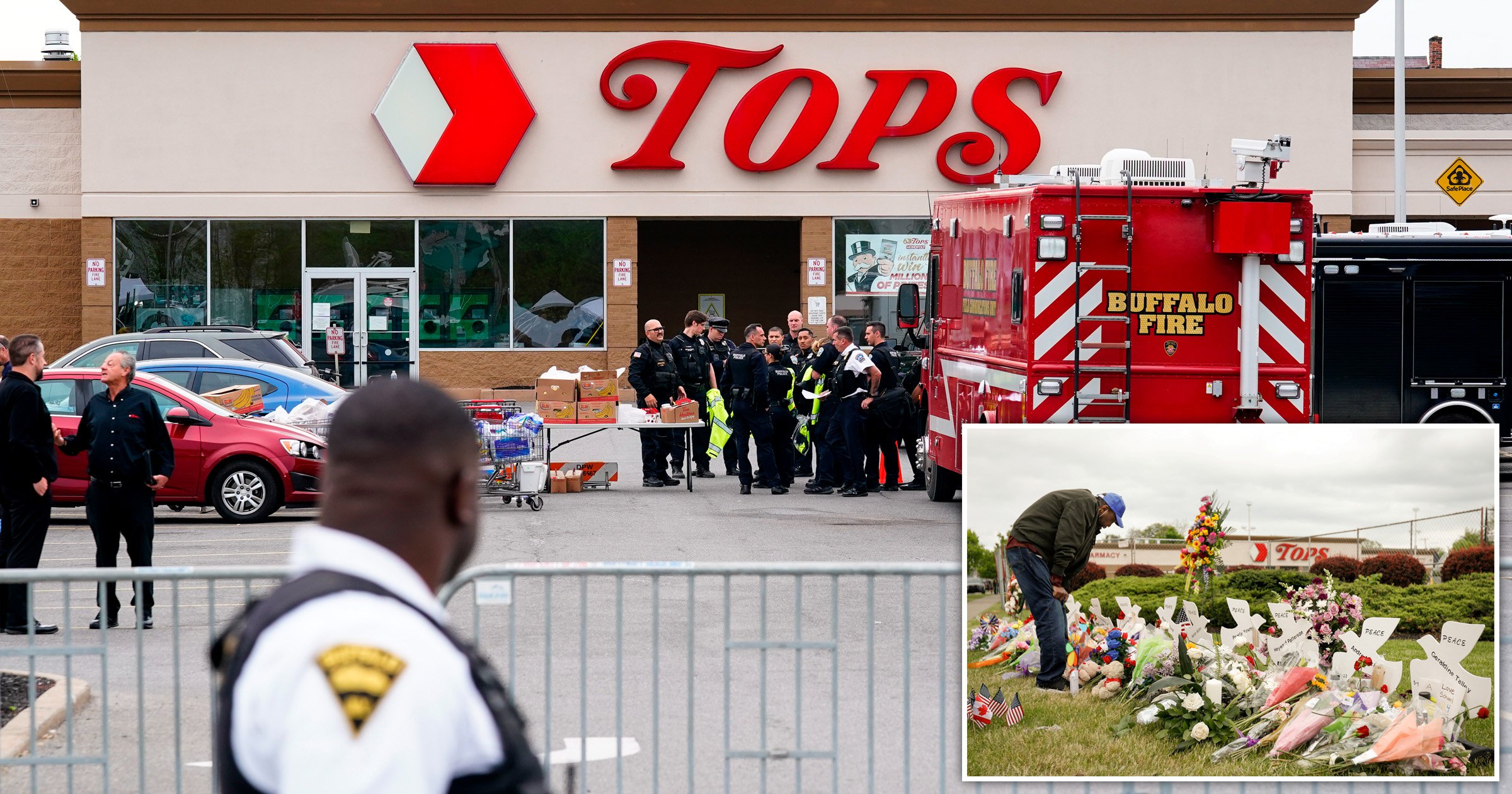 The emergency services dispatcher who hung up on a caller reporting the mass shooting inside the Tops supermarket in Buffalo, New York, last month has been fired following a disciplinary hearing.

The 911 dispatcher, who worked for the Erie County Central Police Services Department for eight years, was placed on administrative leave May 16 ‘as the mishandled call was investigated,’ according to Peter Anderson, a spokesperson for the office of the Erie County Executive.

A hearing was held May 30 to ‘terminate the 911 call taker who acted totally inappropriately, not following protocol,’ according to Erie County Executive Mark Poloncarz.

While officials did not name the woman who mishandled the call, The Buffalo News identified her as Sheila E. Ayers.

The day of the shooting, Ayers, 54, answered the 911 call placed by Latisha Rogers, an assistant office manager at the Tops Friendly Markets in Buffalo as an 18-year-old gunman entered the store and opened fire. The gunman, who authorities say was motivated by racist hate, shot 13 people, 10 of whom died. The 10 people who died were all black.

Rogers, 33, spoke out about quietly trying to make the call for help.

‘I tried to call 911, and I was whispering because I could hear him close by,’ Rogers told WGRZ.

‘And when I whispered on the phone to 911, the dispatcher started yelling at me, saying “Why are you whispering? You don’t have to whisper.” And I’m trying to tell her like, “Ma’am, he’s in the store. He’s shooting. It’s an active shooter. I’m scared for my life,”‘ she said.

She then had to make a second call to her boyfriend, who she asked to call 911 so they could report the gunfire to authorities and hopefully put an end to the shooting.

‘She said something crazy to me and then she hung up in my face. And I had to call my boyfriend to call 911,’ Rogers added.

The 911 dispatcher was fired the same day the gunman pleaded not guilty to new hate-motivated domestic terrorism and other charges. He was charged with murder shortly after the attack.

Spared From the Shredder (for Now): ‘Priceless’ Bank Records of 19th-Century New York

Regina says ‘no’ to mandatory bike helmets for city’s cyclists