Congress was close to a solution before getting hit with millions of dollars of ads from private-equity firms. Then the pandemic struck. 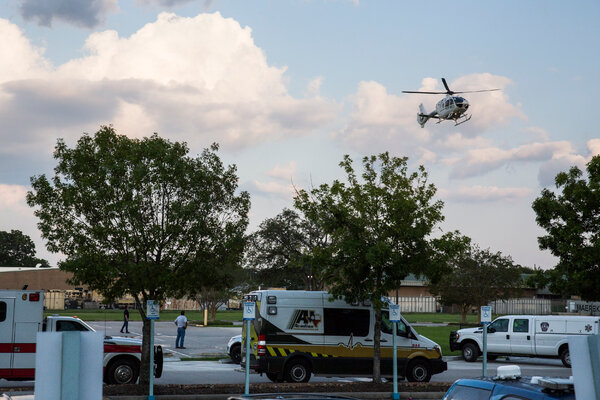 An intubated coronavirus patient was declining rapidly when doctors decided to airlift her to a hospital with better critical care resources.

“It’s life or death,” the family of the 60-year-old woman recalled being told when it happened in April. “We have to transfer her now.”

The patient was flown by helicopter from one Philadelphia hospital to another 20 miles away. She spent six weeks at the new hospital and survived. When she came home, a letter arrived: The air ambulance company said she owed $52,112 for the trip.

Last year, Congress abandoned its attempt to prevent surprise bills like this one, and coronavirus patients are now paying the price. Bills submitted to The New York Times show that patients often face surprise charges from out-of-network doctors, ambulances and medical laboratories they did not pick or even realize were involved in their care.

The plan to ban these kinds of bills was popular and bipartisan, and it was backed by the White House. It fell apart at the 11th hour after private-equity firms, which own many of the medical providers that deliver surprise bills, poured millions into advertisements opposing the plan. Committee chairs squabbled over jurisdictional issues and postponed the issue. Then the pandemic struck.

‘How am I going to pay this all off?’

The Pennsylvania patient had no way of knowing that her helicopter, which transported her between two in-network hospitals, did not have a contract with her health insurance plan. Nor could she have known that the air ambulance service, owned by a private-equity firm, faces multiple lawsuits over its billing tactics.

Her health plan, Independence Blue Cross, initially said it would pay $7,539 of the bill, according to billing documents reviewed by The Times, but then rescinded the money. The patient, housebound because of lingering coronavirus symptoms, was left with the full amount.

“She was intubated and on a ventilator when her providers felt it was necessary that she be transferred,” said Leslie Pierce, a division chief at the Pennsylvania Insurance Department, who handled the complaint that the patient submitted to the agency. “She had no decision in the selection process.”