Home » Americas » A Deep Look at One Classroom

The woes of sophomore year

Susan Dominus, a staff writer at The New York Times Magazine, spent much of the school year with one sophomore class in Columbia, Mo. Today we’re breaking our usual weekly schedule to tell you about her phenomenal article chronicling the experience.

“When I started the piece, I thought I was going to write about the academic challenges of remote learning,” Susan said. “It was only when I started speaking to the students that I realized how in depth the psychological problems were — that that was a huge defining part of this year.”

During remote learning at the high school where she set the story, many students regularly slept through what was known as their A.P. World class. One coped with the trauma of helping family members recover from Covid-19. Another had too much time on his hands, which he spent obsessing and ruminating about family problems. All struggled to maintain their grades and bat away shame when they missed deadlines.

Their teacher, MacKenzie Everett-Kennedy, struggled too. She had never given her cellphone number to students before, but now, she sometimes found herself fielding their distressed texts at unusual hours. As she struggled with her own well-being, sometimes she wore her pajamas to class, hoping students would think it was a regular top.

“The sheer volume of their needs was troubling to take in — and to take on,” Susan wrote about the teacher. “It was demanding work, with a heavier emotional load than her $50,000-a-year job normally required.” 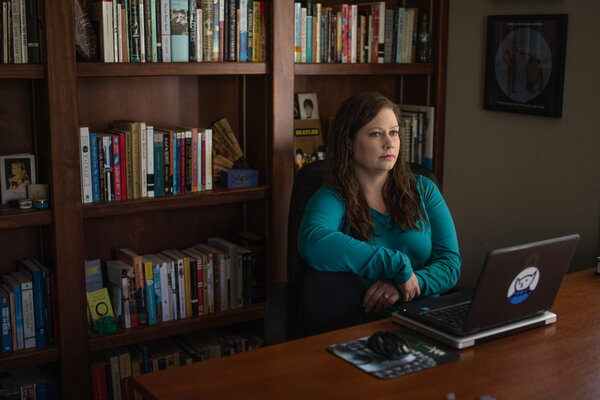 Many students consider A.P. World, a history-and-literature course, to be the hardest the school offers, a class that marks a student as academically ambitious and heading toward college. But as one missed assignment piled onto another, some felt as if they could never catch up.

“There was something that was a perfect storm about the challenging nature of the class and kids who were taking it who were accustomed to achieving,” Susan said. “A lot of kids got behind very quickly early on and could not imagine ever catching up, but because they had previously been so on track, were truly filled with despair and shame.”

Everett-Kennedy was shocked on Nov. 10, when a major essay was due: At least a third of her students, including many with whom she thought she had developed a solid rapport, did not turn it in. Ten days later, that was still true.

One student, Catherine (her middle name), often stayed up late on the phone with Charles, her friend who was also in the class. Catherine had her eyes on the University of Missouri, where her sister went, but she feared she might be following the path of her brother, who dropped out of high school.

Catherine likes to appear tough, she admitted; few adults realized how hard this year was for her.

“Usually I don’t show emotion until something triggers me, and then I’m a complete mess,” she told Susan, crying. “It’s like — conceal, conceal, conceal, then mental breakdown, then back to being fine again.”

Before the coronavirus pandemic, Charles would have said he was heading for a scholarship at a prestigious college, maybe Northwestern University in Evanston, Ill. School used to come easily for him. But alone in his room, without theater or friends, negative thoughts crowded into his mind. He started sleeping through class, barely turning in assignments.

“And suddenly,” Susan wrote, “here he was, no longer a kid who got A’s but already a kid who had blown it this early in the semester.”

Everett-Kennedy wrote to Charles, trying to help him, trying to encourage him. “I am NOT OK with you sliding into this pit of despair,” she emailed him in December. “You are not so far behind that this can’t be fixed.” She texted him through his panic attacks. One day in March, when school reopened, she picked him up to drive him to school.

When school did reopen, first for hybrid learning, many students found their footing again.

“Almost immediately, Catherine really, really did seem to feel better,” Susan said. “Her sleep schedule regulated almost immediately, because she knew that at a minimum, two or three days a week she had to be up and ready to get herself to an actual building — school.”