A drone video shot in a Minneapolis bowling alley was hailed as an instant classic. One Hollywood veteran said it “adds to the language and vocabulary of cinema.” 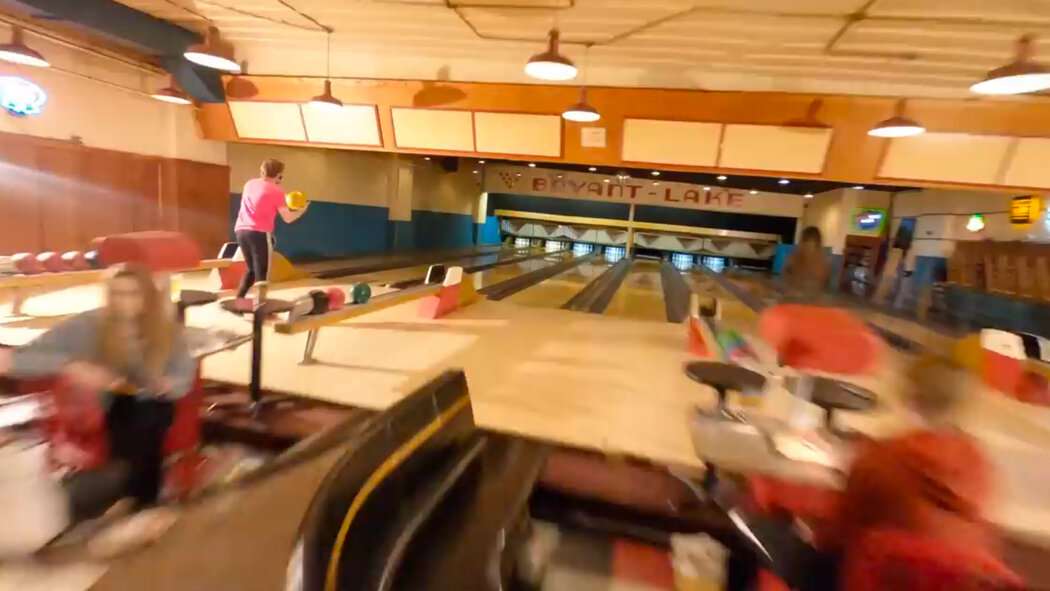 A drone flies into a bar, swoops through an adjacent bowling alley and crashes into the pins.

The drone’s operator, who shot the 87-second video in a Minneapolis bowling alley last week to rally support for the business, didn’t expect it to be viewed hundreds of thousands of times on social media, or to win high praise from Hollywood directors.

But it was and it did.

Bowling, like baseball, is one thing that lots of Americans can get behind, even at a time of intense political polarization. In that sense, the country could perhaps use a video like this at a moment like this.

Fans of the video, titled “Right Up Our Alley,” marveled at what they said was a remarkable cinematic achievement: a continuous take, shot at high velocity, in tight spaces and without digital effects. (Remember those famous long takes from “Goodfellas” and “Touch of Evil”? It was a bit like that, but faster, and with bowling.)

“This is one of the most amazing things I’ve ever seen,” wrote the director Lee Unkrich, whose 2017 film “Coco” won an Academy Award for best animated feature. “Jaw on the floor.”

It’s funny, too: Bystanders in the drone’s path can be heard quoting from “The Big Lebowski,” which is arguably — sorry, “Kingpin” — the greatest bowling movie of all time.

“My foot wasn’t over the line,” a woman near the lanes says to her bowling partner. “Mark it eight, dude.”

Spared From the Shredder (for Now): ‘Priceless’ Bank Records of 19th-Century New York

US to withdraw about 12,000 troops from Germany, but nearly half to stay in Europe