Home » Americas » A New Covid Dilemma: What to Do When Vaccine Supply Exceeds Demand?

Some states are now cutting back their deliveries of vaccines even though only a third of Americans are fully vaccinated. 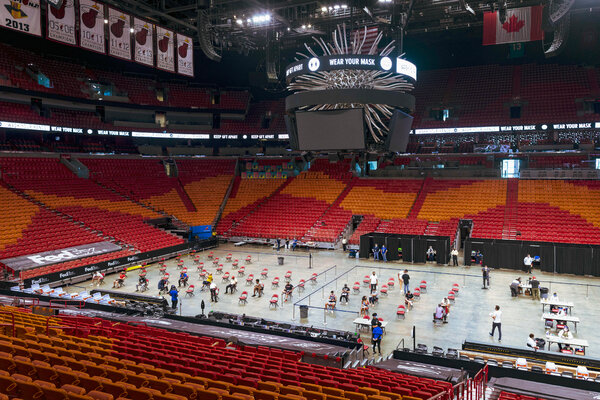 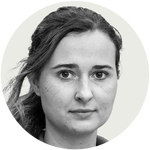 By Will Wright and Giulia McDonnell Nieto del Rio

And now for a new and vexing dilemma for states trying to vaccinate their residents against Covid-19: What to do when supply of the vaccine greatly outstrips demand?

Several states, long desperate for as many doses as they could get, are now awash in unused doses of Covid vaccines as demand dwindles and supply continues to ramp up. And many are having either to come up with new and creative ways to vaccinate the hard to reach and the hesitant or to start cutting back on supplies, even though 43 percent of Americans have not received any vaccinations.

About 112.6 million people, or 34 percent of the population, were fully vaccinated as of Saturday.

The slowing of demand was somewhat expected. During the initial rush of vaccine distribution over the winter and into the spring, appointments were coveted and often difficult to find. But today vaccines are more widely available, and officials have been left to target groups that may have missed out on shots because they are too poor, isolated or hard to reach, or because they’re either skeptical of the shot or convinced they don’t want it.

Of the 329 million doses shipped by the federal government to states, about 257 million have been administered, according to the Centers for Disease Control and Prevention. Several states are now sitting on surpluses, leaving officials to grapple with how best to find willing arms, and, in the meantime, telling the federal government to hold off on sending their full allotments.

While some states, including Colorado and Maryland, are still requesting their full allotments, others are cutting back on deliveries, according to The Associated Press. North Carolina reduced its deliveries by 40 percent last week. Connecticut asked for just 26 percent of its full delivery, and South Carolina requested just 21 percent.

At the end of last month, Arkansas asked to halt its shipment completely for at least one week, The Arkansas Democrat Gazette reported. 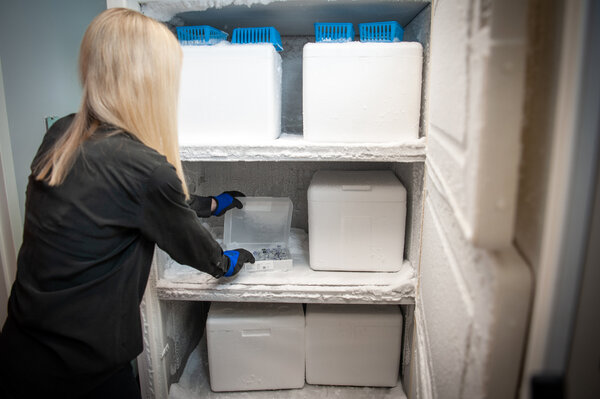 While demand for vaccines has slowed, the outlook for the pandemic in many parts of America seems bright. Hospitalizations in Michigan, which saw a drastic spike from mid-March through mid-April, have continued to fall since then. Gov. J.B. Pritzker of Illinois said last week that the state would fully reopen next month. In announcing his reopening plans, Mayor Bill de Blasio of New York said, “This is going to be the summer of New York City.”

Despite these signs of optimism, some public health officials are worried that the slowing demand for vaccines could lead to lingering problems from the coronavirus, including hospitalizations and deaths that are now preventable.