Weather: Cooler, with a high in the mid-80s. Partly sunny in the morning, but storms gradually move in, and expect sometimes heavy rain and gusty winds overnight. 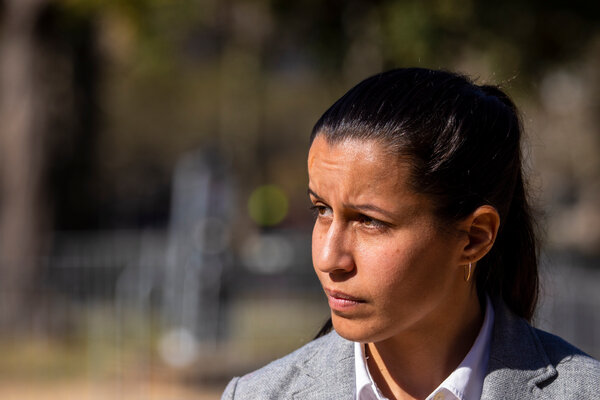 New York’s 51-seat City Council passes laws, votes on the city budget, has a major voice in land-use decisions and provides checks on the mayor’s power.

But the legislative body has not always reflected the diversity of the millions it represents.

This week’s primary election results offer a clearer window into what shape the incoming Council is poised to take, and they signal a change: Women are expected to hold a majority of the body’s seats for the first time in city history, and several L.G.B.T.Q. people of color are likely to serve on the Council.

“Across the board, you were seeing a group of candidates that more clearly reflected the people that needed to be represented,” said the progressive candidate Tiffany Cabán (shown above), a queer Latina who won her Council primary in Queens.

Here’s what to know, according to my colleague Michael Gold’s full dive into the races.

Fourteen women currently hold seats on the Council. Female candidates have won 26 races where Democrats are favored. Three others are leading in races that have not yet been called.

No person of South Asian descent, Muslim woman or openly gay Black woman has ever served in the legislative body. But each first is now expected to be achieved.

There are also activists from working-class backgrounds and at least six foreign-born New Yorkers poised to hold seats. If elected, Chi Ossé, who is 23, would also be the youngest person to serve on the Council.

Several candidates further to the left faltered in the mayor’s race, and Eric Adams is poised to become the next mayor. Still, many of the expected Council members are left-leaning candidates who were supported by progressive groups and politicians.

[Read about Mr. Adams and his political career, and about why voters favored centrists in the mayor’s race.]

The Working Families Party endorsed 30 candidates; 14 are on track to take office. Progressives also scored a victory in the race for city comptroller, where Brad Lander, who was endorsed by Representative Alexandria Ocasio-Cortez, was victorious, according to The Associated Press.

Several races, however, underlined challenges facing the city’s political left. Six candidates were backed by the Democratic Socialists of America; only two are now poised to win.

Why Some of N.Y.C.’s Essential Workers Skipped a Parade to Honor Them

People Are Making Out. Everywhere.

A 24-year-old man was arrested in connection with a May incident in which a firework was thrown at a Jewish woman during protests in Midtown Manhattan. [Daily News]

One story of how a group of neighbors rallied to save some of their favorite restaurants in Brooklyn. [Grub Street]

New York City’s immigration courts are reopening after largely being shut down for more than a year. [Gothamist]

For the first time in what certainly feels like forever, classics from the Disney songbook will once again — and sooner than expected — ring out from a Broadway stage.

The New Amsterdam Theater, usually home to “Aladdin,” will briefly welcome audiences back for four concerts benefiting the Actors Fund in late July, with a handful of Disney stage alumni performing numbers from “The Lion King,” “Frozen,” “Beauty and the Beast,” “Aladdin” and others.

The concert series, “Live at the New Am,” is somewhat of a soft reopening for Disney’s theatrical division in New York, albeit without the more elaborate production elements and massive companies that its stage adaptations typically entail. “The Lion King” and “Aladdin,” along with nearly a dozen other Broadway shows, start back up in September.

Even yesterday, Covid-19 protocols for “Live at the New Am” were still in flux: Disney hadn’t decided whether masks will be required. Audience members will need to show proof that they are fully vaccinated; attendees under 12 are exempt but must be with a vaccinated adult.

The concert isn’t so much a test run of Covid-19 protocols ahead of the September reopenings, Schumacher said, since the latest guidance will continue to evolve. Logistically, after 16 months without an audience, it’s primarily a chance to get the theater’s entire ecosystem back up and running.

“It’s very difficult to imagine, just on a practical level, bringing the entire company of ‘Aladdin’ — orchestra, cast, crew, everybody, ushers — all back in the theater and, bang, just starting back in with the show,” Schumacher said.

It’s a process that involves reopening the box office, getting ticket-takers and other front-of-house staff back to work and examining the traffic patterns of how patrons move through the building.

Not to mention one of the more underrated needs: “To hear laughter and applause and joy in the space is valuable — gives everyone confidence,” Schumacher added. “People need confidence to come back.”

It’s Thursday — look forward to something.

Metropolitan Diary: ‘How much?’

I stepped off a bus on Fifth Avenue in Midtown on a steamy afternoon. My first stop was a nearby street vendor for a cold drink. I asked for a seltzer.

Flashing a big smile, he handed me back a single.

A modest victory, maybe, but it made my day.