Home » Americas » A novel way to escape the rat race 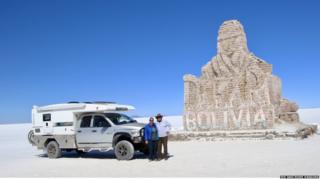 Overlanding – or self-reliant travel where the journey is more important than the destination – is having a resurgence, thanks to the explosion of high-tech gear, reliable vehicles and the lure of the unknown in an increasingly connected world.

It used to be that long-term adventure travel was something other people did. People in tweeds initially, roaming the world with steamer trunks and servants, followed decades later by people with seventies hair, on the “hippie trail” across Asia. It was always a fringe activity, attracting either those with a lot of money or those with barely enough.

All that has changed. 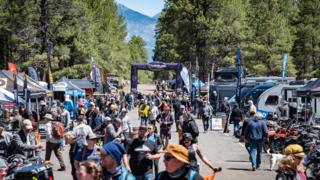 May saw the launch of the tenth annual Overland Expo in Flagstaff Arizona – the biggest such event in North America. Over the past decade it has grown from 900 attendees to 22,000 visitors and over 400 exhibitors.

My own interest in it is more than just journalistic. While based in the BBC’s Washington office from 2007-2010, my wife and I took every opportunity to explore the USA by motorhome with our son, and eventually bought a vintage 1978 GMC Kingsley.

After returning to Europe, more adventure trips followed. We took an RV up to the Arctic Circle, and travelled around Namibia, Zambia, and Oman in a 4×4, kitted out with a rooftop tent. We’d like to go further, for longer, and I was at the Overland Expo to see how we might do it.

Walking through the stands at Expo West (there’s an Expo East in Virginia in October), it’s clear that for some people the obsession is mostly fuelled by gadgets. There are winches to be drooled over, GPS units to prod and suspension upgrades to take selfies with. 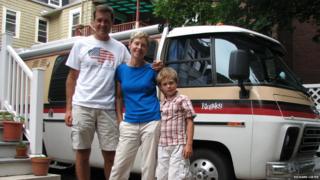 There’s no shortage of classes to take, either: “Water purification – novice to pro”, “Advance Driving: Cross-axle and locker scenarios”, “Expedition vehicle shipping” and “Overlanding for couples”. With an eye towards my travelling future, I decided to join the latter. Essentially it comes down to:

1. Establish before you go if one of you likes mountain tracks with thousand foot drop-offs and one of you doesn’t.

2. Make sure you can both do everything.

The vehicles on show all have four-wheel drive and high clearance for going off the beaten track. They typically have long-range fuel tanks, a reservoir of fresh water and solar panels. They can be as simple as a fold-out rooftop tent on a modified jeep, or a bespoke expedition vehicle costing hundreds of thousands of dollars and ready to survive a zombie apocalypse. 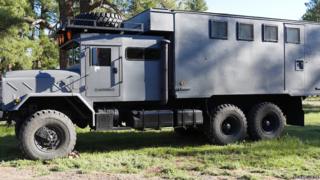 Some, like Tom Roszko, build their own. He used to have a house in Mexico but has since become a full-time nomad.

“I didn’t like staying in one town. I found that I liked to hop around,” he says.

So he sold the house, bought a used ambulance and spent six months converting it into an overland vehicle where he now lives and travels full time.

He’s in good company. Joe and Josée Parsons decided in 2014 that “life was too short” and sold their Quebec home to buy a 4×4 truck camper and head down the PanAmerican Highway.

Joe was then in his early sixties, Josée is a decade younger and since then they’ve travelled forty thousand miles through fifteen countries.

“A minimalist nomadic lifestyle filled with adventures is a lot cheaper than a conventional life in the US or Canada,” Josée told the BBC from their current camping spot in Chile.

Their grandchildren visit them for a month or so in the school holidays wherever they are.

“We never imagined that we would have more friends than we did before,” says Josée. “Meeting other overlanders and people along the way has been extraordinary. We really feel like we are part of a big family.”

And it’s not just retirees. At the expo, Keri and Scott Lostetter, who have kids ages seven and five and are selling their house to travel the length of the Americas. The kids, says Keri, “are really excited to have family days forever”. They’ll be homeschooling them as they go.

Steve and Gilly Snaith spent four years driving around the world in a purpose-built expedition truck with their daughters Alisha and Lucy. They watched jaguar hunting in Brazil, joined pilgrims in Lhasa and were surrounded by whales in Antarctica.

Now back in the UK, Gilly says overlanding brought them “much closer together as a family”.

“It’s not one long holiday… there are good days and bad days” she says. “(But it’s) enabled our children to be much more broad-minded and open than they would have been otherwise.” 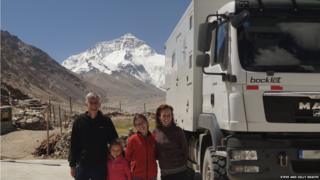 Of course driving around the world may not seem like the most environmentally-sensitive leisure choice and compared to going for a walk, it isn’t. But Marcus and Julie Tuck, who’ve been travelling through Europe, Africa and the Americas since 2014 , found that their carbon footprint was considerably smaller than when they were living in the UK.

The energy savings come down to the high amount of carbon emitted by heating a typical suburban home, compared to their solar-panelled camper named Cuthbert.

At least one manufacturer is working on an electric overland vehicle. The Rivian has a range of between 250 and 400 miles (400-644 kilometres), depending on the model. It has a rooftop tent and a slide-out all electric kitchen. Of course it still needs to be charged somewhere.

Overlanding is easier and more popular now than it has ever been. In a world of GPS, internet and reliable vehicles much of the risk has been removed from travel. And some say that’s a shame.

Ted Simon is something of a legend amongst overlanders. His book “Jupiter’s Travels” about his four-year motorbike journey around the world in the 1970s is still in print. He set off around the world again when he was 70. Now a well-preserved 88, he still rides a motorbike once in a while but is wistful about what he believes has been lost:

“It’s almost heretical to say that I’m not sure that travel – as I liked it – is even possible any more.”

For him, meaningful travel requires an element of fear and risk–venturing into the unknown with only yourself and the kindness of others to rely on.

“You really don’t need all this kit” he says and adds that he feels the internet age has made travel much less thrilling than he found it.

“You are going to places you’ve already seen a million photographs of and know so much about – or you think you do – and getting there is so easy and predictable. I’m not even sure it really qualifies as travel.” 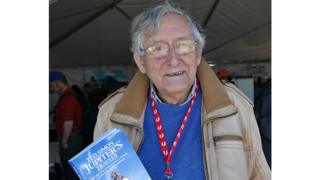 Still, he encourages people to get out and learn about the world.

“My journey was tremendously valuable to me for what it did for me – the discovery that you could overcome all sorts of odds that you might have been warned were impossible before. You find strengths in yourself you didn’t know existed”.

For all he believes has been lost, he says everyone should experience new cultures, meet different people and try not to rush it.

“I didn’t meet anyone who came back from a trip like this and said ‘I wish I’d stayed in the office’.”