Home » Americas » A Year After Unrest, a Scarred Kenosha Still Waits to Rebuild 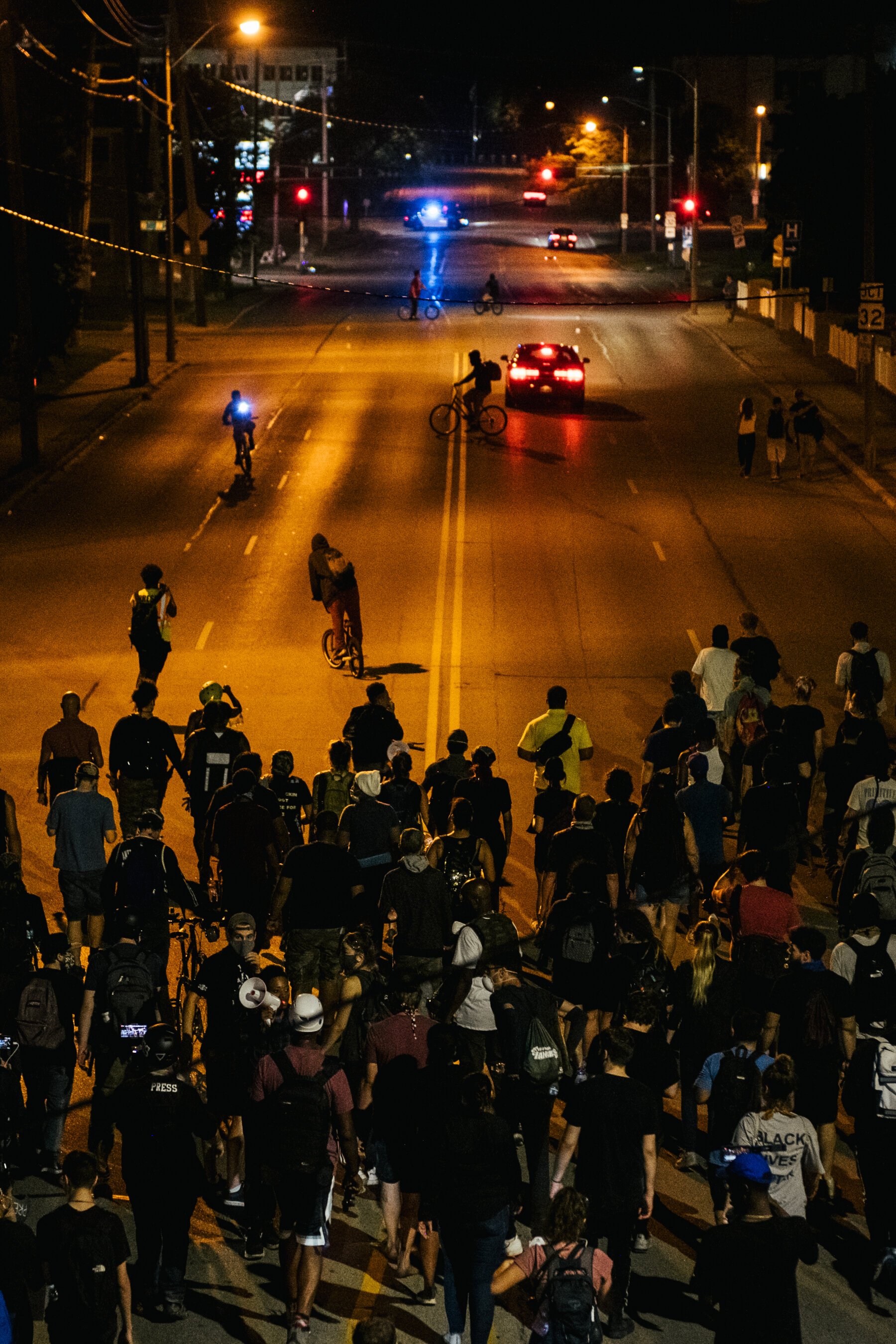 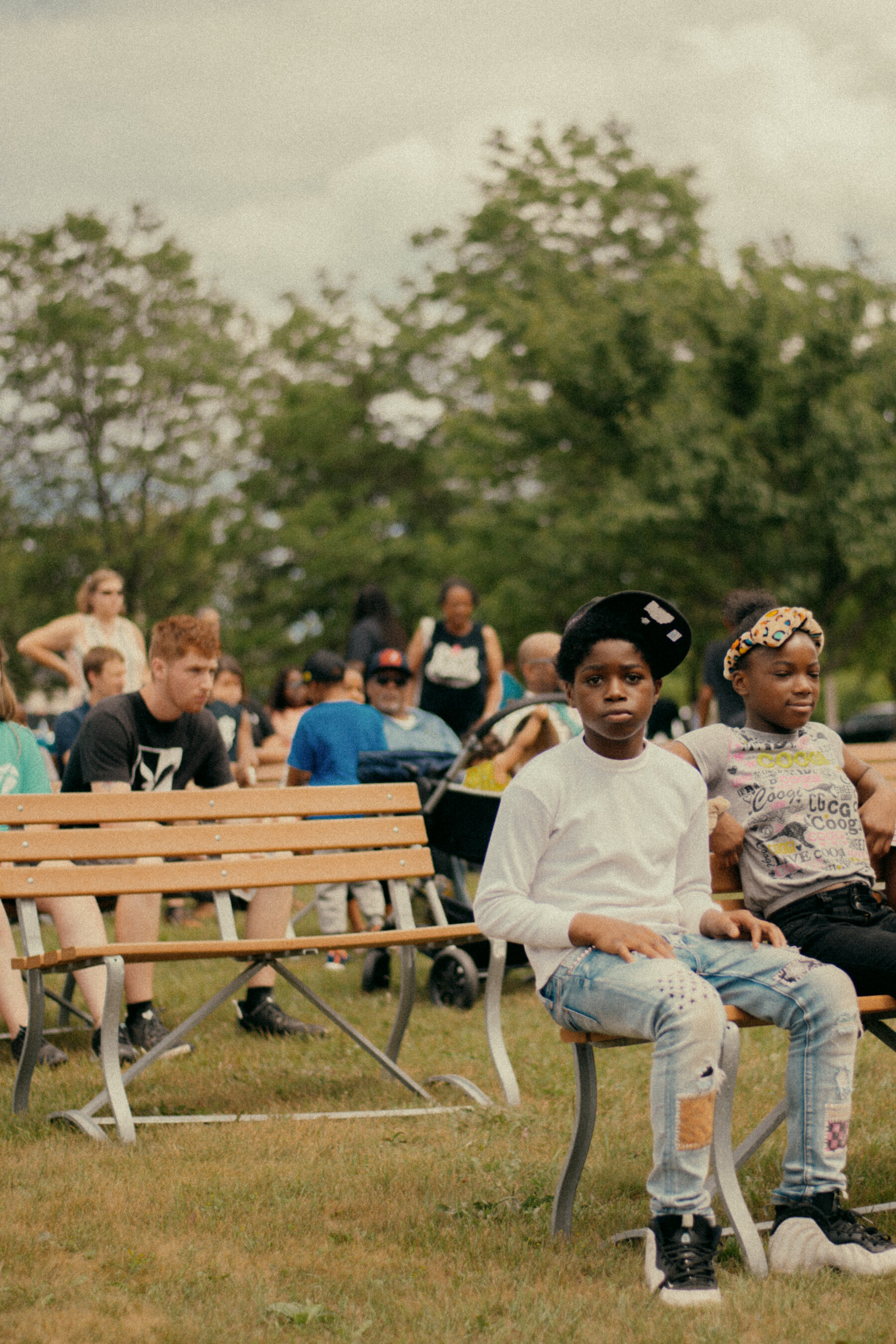 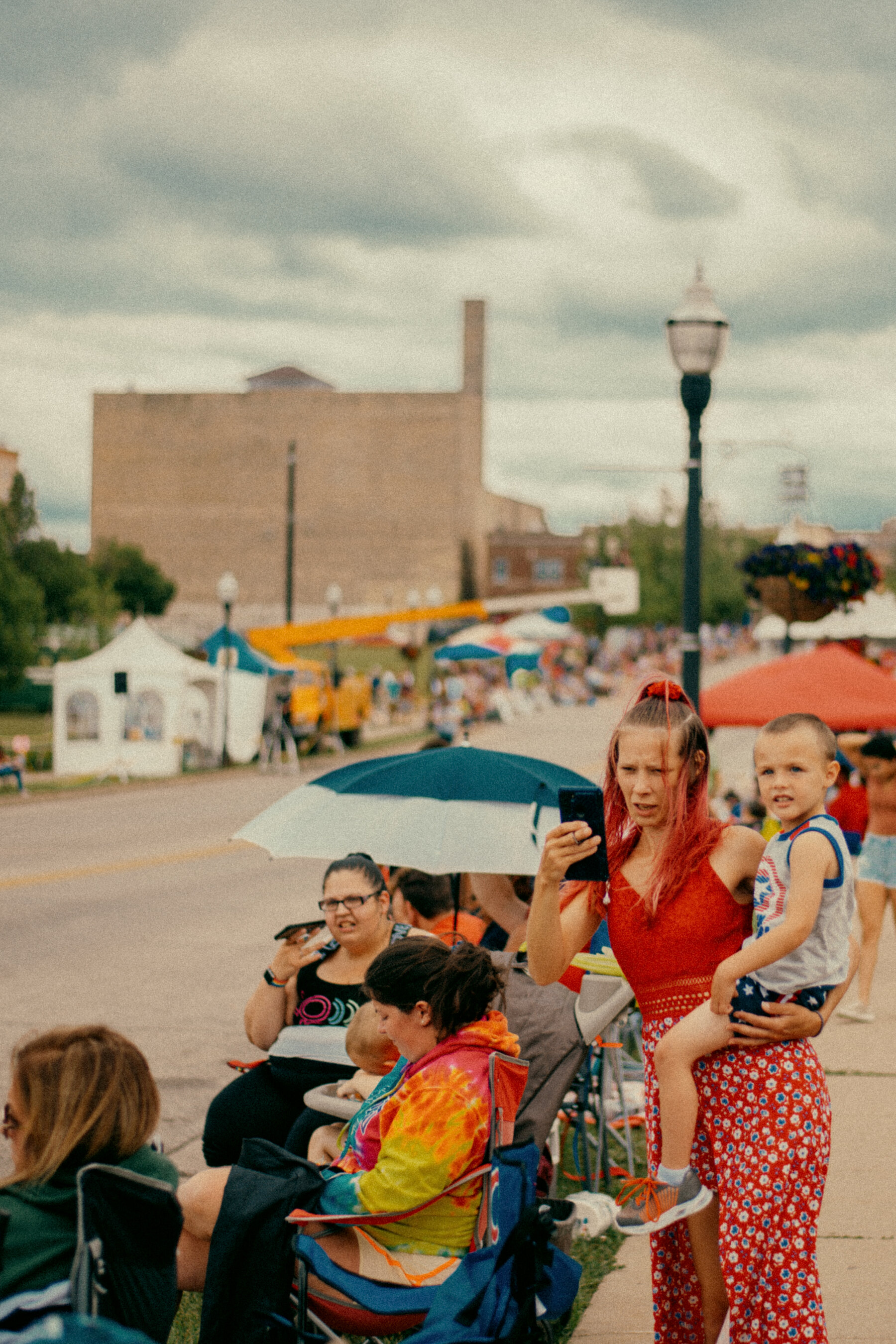 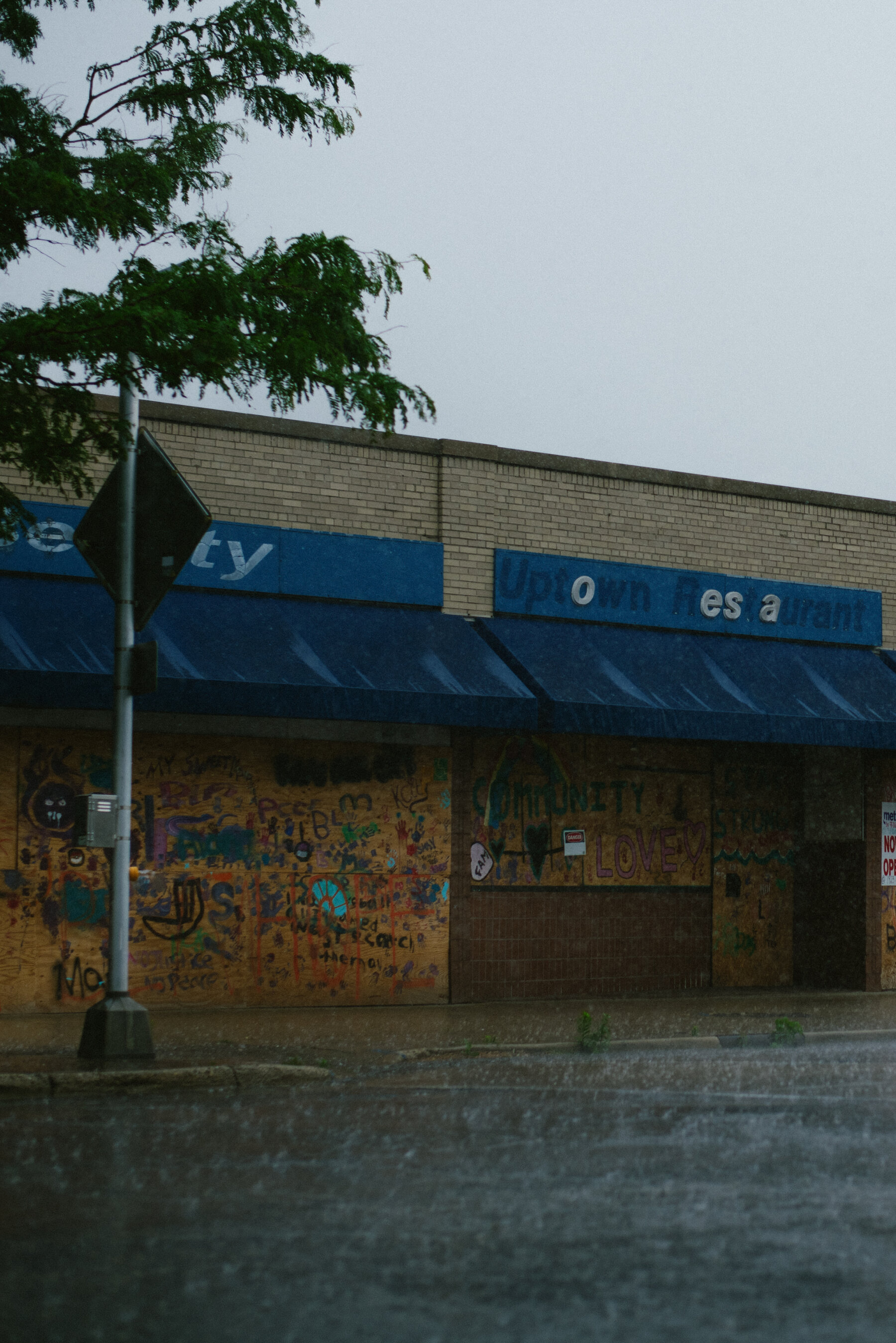 Since then, city officials have pushed for change, while activists and police leaders forged new relationships.

Festivals and concerts have returned to the lakefront, and many people in Kenosha say that things are back to normal.

But one neighborhood, the diverse community of Uptown, bore the brunt of the damage from rioting, and it is still waiting to be healed.

“It shook the foundation,” a City Council member said of the protests that followed the shooting of Jacob Blake last summer.

KENOSHA, Wis. — Last August in Kenosha, on the second night of protests after the police shooting of Jacob Blake, Sheriff David G. Beth had his eyes trained on the city’s downtown.

Protests were raging in front of the city’s limestone courthouse and steps from the county jail, where the sheriff worried about protecting hundreds of inmates. Bistros and jewelry shops along the lakefront downtown had been boarded up with plywood, as if braced for destruction. Demonstrators were lobbing projectiles at police officers, who fired back with canisters of tear gas.

Then Sheriff Beth learned that the unrest was shifting to another pocket of the city, a mile away from the chaos downtown. Uptown, an economically depressed neighborhood where many Black and Latino families lived, was burning.

The neighborhood was woefully unprotected. Uptown had a small, pedestrian-friendly business district with a mattress store, a Mexican restaurant and a camera repair shop. It was surrounded by worn century-old houses, some divided into apartments. 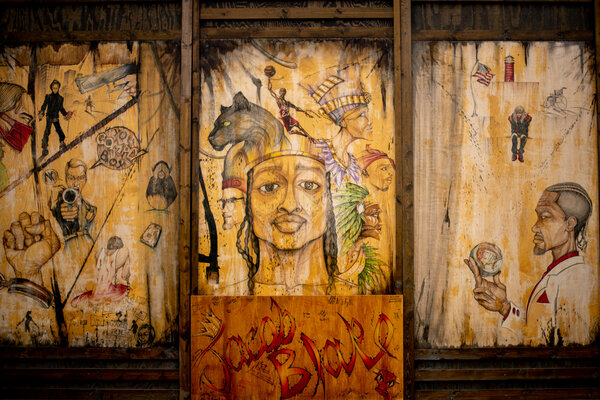 “It happened so quickly,” Sheriff Beth said not long ago. “We did not anticipate them lighting small mom-and-pop businesses on fire. And we didn’t have the manpower to go protect everything as we would have liked to.”

“I remember just wondering, When is this going to stop?” he said.

The images that emerged from that night were held up on cable news as a national symbol of chaos: Kenosha had become the latest American city to lose control of protests after the murder of George Floyd by a police officer in Minneapolis. One year later, Kenosha’s downtown bears little trace of the unrest, and the city of 100,000 is alive with its usual summertime thrum of festivals and outdoor concerts. Residents have confronted the shooting of Mr. Blake in listening sessions and community coalitions on racism. The City Council announced bias training and made plans to outfit the Police Department with body cameras by the fall, and for months the chief of police quietly met each Wednesday at a church with a new group made up of so-called violence interrupters, who seek to diffuse violent episodes before officers become involved.

But Uptown appears frozen in time since that night in August.

Much of the main commercial corridor is still boarded up or crumbling, the brick walls of empty businesses streaked with soot. Inside the shells of buildings that burned, debris is slowly rotting, the smell of mold wafting onto the sidewalk.

“You barely see people here anymore,” said Darrayal Jenkins, 40, as he walked past several burned buildings in July. “It’s like a ghost town.”

City officials have promised a renewed focus on Uptown, planning developments of apartments and businesses that would breathe life into it once again. Whether they will follow through has become a test of the city’s commitment to change after Mr. Blake’s shooting — and how far it will go to heal a neighborhood that is the home of so many African American families who say that they are still on the margins of civic life in Kenosha.

“They’re never going to rebuild it,” said Lonnie Stewart, 61, a former ironworker who lives in the neighborhood. He nodded in the direction of a wall of empty, boarded storefronts. “All this time later, it still looks like this.”

‘It shook the foundation’

Kenosha is not Minneapolis, or Portland, Ore., or Chicago, bigger cities with long and familiar histories of protest, activism and street marches.

So it came as a shock to much of the town, a mostly white former industrial and car-making hub whose voters lean Democratic, when the unrest exploded one Sunday last August. Police officers had arrived at an apartment in response to a domestic complaint and tried to arrest Mr. Blake, who is Black. As Mr. Blake, who was holding a knife, tried to climb into an S.U.V., one of the officers, Rusten Sheskey, who is white, grabbed him and fired seven times into his back, leaving him crumpled on the ground. Americans, still shaken by the killing of Mr. Floyd in Minneapolis, responded with horror after watching cellphone video of the episode, captured from across the street.

Protesters amassed in the city by the hundreds, and on the third day of marches a 17-year-old from Illinois, Kyle Rittenhouse, fatally shot two people during a scuffle, according to the authorities; he is set to stand trial for murder in November.

In the aftermath of the unrest, Uptown was left reeling, the neighborhood damaged more than any other in Kenosha. Shopkeepers and residents spent weeks cleaning up, sweeping broken glass, taking stock of missing inventory, wondering what would come next for their neighborhood.

“You can’t believe how painful it was,” said Jan Michalski, a city councilman who represents Uptown.

On the night that Uptown burned, Mr. Michalski said, “it was a good place to vent anger; there wasn’t any protection there.”

Many people in Kenosha have blamed outsiders for the destruction, but arrests made in the aftermath suggest that local residents were also heavily involved. Eric Larsen, the interim police chief, said that of the 71 people who were charged in state or federal court with crimes related to the unrest, 42 people were residents of Kenosha.

One shop owner, Eric Oertle, said that even a year later, his computer repair business on Uptown’s main street had yet to rebound; its revenues were down at least 70 percent. With few businesses on his street reopened, there is little of the foot traffic that once came. “This neighborhood will never recover,” he said, looking out the window of his store, empty of customers.

Uptown suffered another slight this summer. The annual parade of floats, marching bands and vintage cars that ushers in the Fourth of July in Kenosha traditionally kicks off in the heart of Uptown. This year, city officials decided, the parade would skip the area.

“It has always been two cities: There’s a white Kenosha and then there’s a Black Kenosha,” said Alvin Owens, who owns a barbershop called Regimen Barbershop Collective. He said he was not surprised that parade organizers had avoided Uptown. “They just don’t want the backdrop of a disheveled city,” he added.

‘We want a peaceful city’

All year, community activists in Kenosha have organized regular neighborhood cleanups in Uptown, one of the efforts meant to push for revitalization of the area. But they also focused their efforts on changes to the Police Department: They called for Officer Sheskey to be charged in the shooting of Mr. Blake; for the firing of the police chief, Daniel Miskinis; for the hiring of more Black police officers who live in the city, where Black residents make up 11 percent of the population; and for the creation of a citizens review board with subpoena power.

They would soon be disappointed. Chief Miskinis was not fired, but he retired this past spring. Michael Graveley, the Kenosha County district attorney, announced that he would not bring charges against Officer Sheskey, who returned to work at the department, taking on administrative duties.

“That act alone feels like we’ve accomplished nothing,” said the Rev. Jonathan Barker, pastor of Grace Lutheran Church, a congregation in Uptown. “It doesn’t feel like there’s a lot of repentance or the city has changed, or the city is trying to actively address where this went wrong.”

Chief Larsen said this summer that much of the work to shift public safety strategies in Kenosha had happened behind closed doors.

Last fall, when he was the deputy chief, he attended a community listening session at a local Veterans of Foreign Wars hall, sponsored by the mayor, John Antaramian.

“I expected we were going to get hammered,” Chief Larsen said of the Police Department.

But the concerns that poured out from residents went beyond policing. They were about education and job opportunities and landlords’ overcharging for shoddy apartments in town, including in Uptown. Not long after, the chief began meeting with activists to discuss how the police could more fully understand the needs of Black Kenoshans.

“We decided, if we’re going to do this, we have to do it together,” said one of the organizers, Gregory Bennett Jr., who is also the founder of Peace in the Streets, a community group. “We all want the same thing — we want a peaceful city. What we want is the chance to police our own communities.”

Justin Blake, an uncle of Jacob Blake, said that the family was still waiting for change. His nephew, who lives in Illinois now, is in physical pain and requires a wheelchair.

“Everybody keeps saying, ‘We’re doing better now,’” he said. “Start by doing better by going back and investigating this case properly.”

‘We’re all living in trauma’

There is still an undercurrent of anger over the damage from the unrest last August, particularly from white residents of Kenosha who say they have not yet recovered from the sight of National Guard vehicles rolling down the streets and businesses in Uptown in flames.

The Rev. Roy Peeples, who leads Turning Point Life Church in Kenosha, said that he was sympathetic to the anguish over property damage — to a point.

“We’re all living in trauma,” he said. “But when I see the fear that was on the faces and on the minds of the white citizens, it reminded me of one thing: It’s that you endured maybe one week of this, and you understood what that did to the body. Everything reacted to that, and it was so hard. But look from my viewpoint — I’ve had generation after generation of this trauma, because I’m African American.”

In the front yard of one house in Uptown stands a pale blue “Kenosha Strong” sign, a cheerful image with an illustration of the city’s lighthouse. Signs like these sprung up around town after the unrest. Jerry Schuch, 68, sat on his porch this summer as his wife watered flowers, recalling unsettling nights a year ago: their shock over the sudden fires, their urgency to shut windows and doors because the living room was filling with smoke. They are still upset about the experience, they said, and reject suggestions that there is something about Kenosha that needs to be fixed.

“If he had just complied with the officer, the city wouldn’t have burned,” Mr. Schuch said of Mr. Blake. “None of this would have happened.”

At Grace Lutheran Church, in the heart of the neighborhood where destruction occurred, Pastor Barker said that a lack of hope for the future of Uptown — coupled with lingering racial tension — added to the sense of discouragement from residents.

“I feel a lot of sadness for our neighbors,” he said. “In some ways, I think very little has changed. Kenosha is a complicated place. I think our city is deeply entrenched with racism we have a hard time acknowledging. In places like Minneapolis, they’ve had very far-reaching conversations about this. I’m hoping that’s what’s going to come in our city.”

Qatar seeks to 'double' economic partnership with US worth $125bn