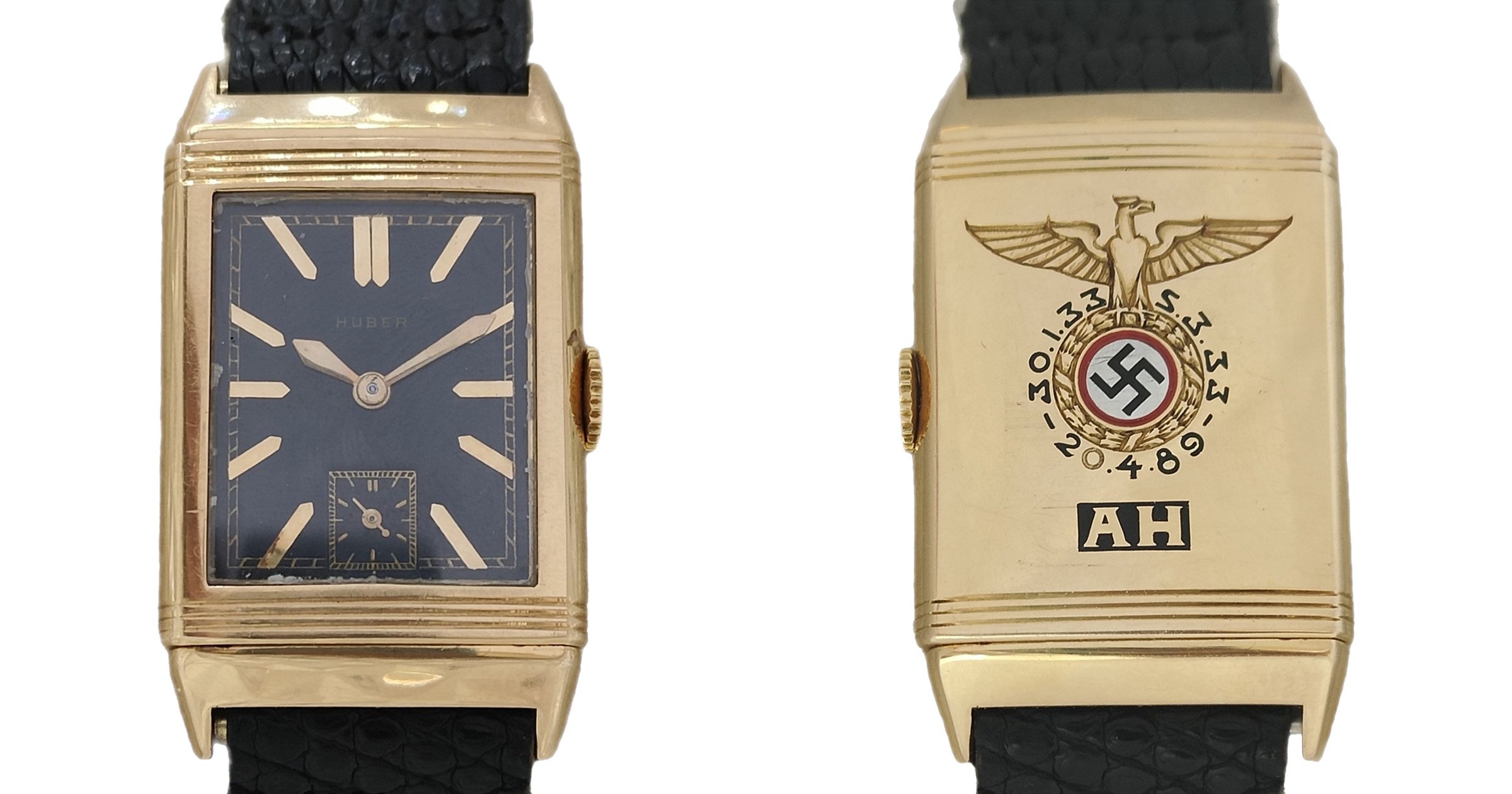 A watch believed to have been owned by Adolf Hitler has sold at auction for nearly £1million.

But an open letter signed by 34 Jewish leaders described the sale of the watch as ‘abhorrent’.

They have called on the Maryland-based auction house, Alexander Historical Auctions, not to sell the wristwatch.

Rabbi Menachem Margolin, chair of the Brussels-based European Jewish Association, said: ‘This auction, whether unwittingly or not, is doing two things: one, giving succour to those who idealise what the Nazi party stood for.

‘Two: Offering buyers the chance to titillate a guest or loved one with an item belonging to a genocidal murderer and his supporters.’

He added: ‘Whilst it is obvious that the lessons of history need to be learned – and legitimate Nazi artefacts do belong in museums or places of higher learning – the items that you are selling clearly do not.

‘That they are sold to the highest bidder, on the open market is an indictment to our society, one in which the memory, suffering and pain of others is overridden for financial gain.’

But the auction house announced it wanted to preserve its history.

‘If you destroy history, there is no proof that it happened,’ said Mindy Greenstein, senior vice president at Alexander Historical Auctions.

‘Whether good or bad history, it must be preserved.’

The watch has a swastika, Nazi eagle and the initials ‘AH’ written on it, and was bought by an anonymous bidder.

It was expected to reach more than £3 million at auction but fell short.

The catalogue description for the watch says it was given to the Nazi leader as a birthday present in 1933, the year he became Chancellor of Germany.

The watch was later seized when around 30 French soldiers stormed Hitler’s Berghof retreat in the mountains of Bavaria.

It was resold and then handed down through the generations.

Other items sold off at the auction included Wehrmacht toilet paper, cutlery and champagne glasses belonging to senior Nazi figures, and items owned by Hitler’s partner, Eva Braun, including a dog collar for her terrier.

Cyntoia Brown, sentenced to life at the age of 16, gets clemency

Trump could shoot someone and escape prosecution, his lawyer argues