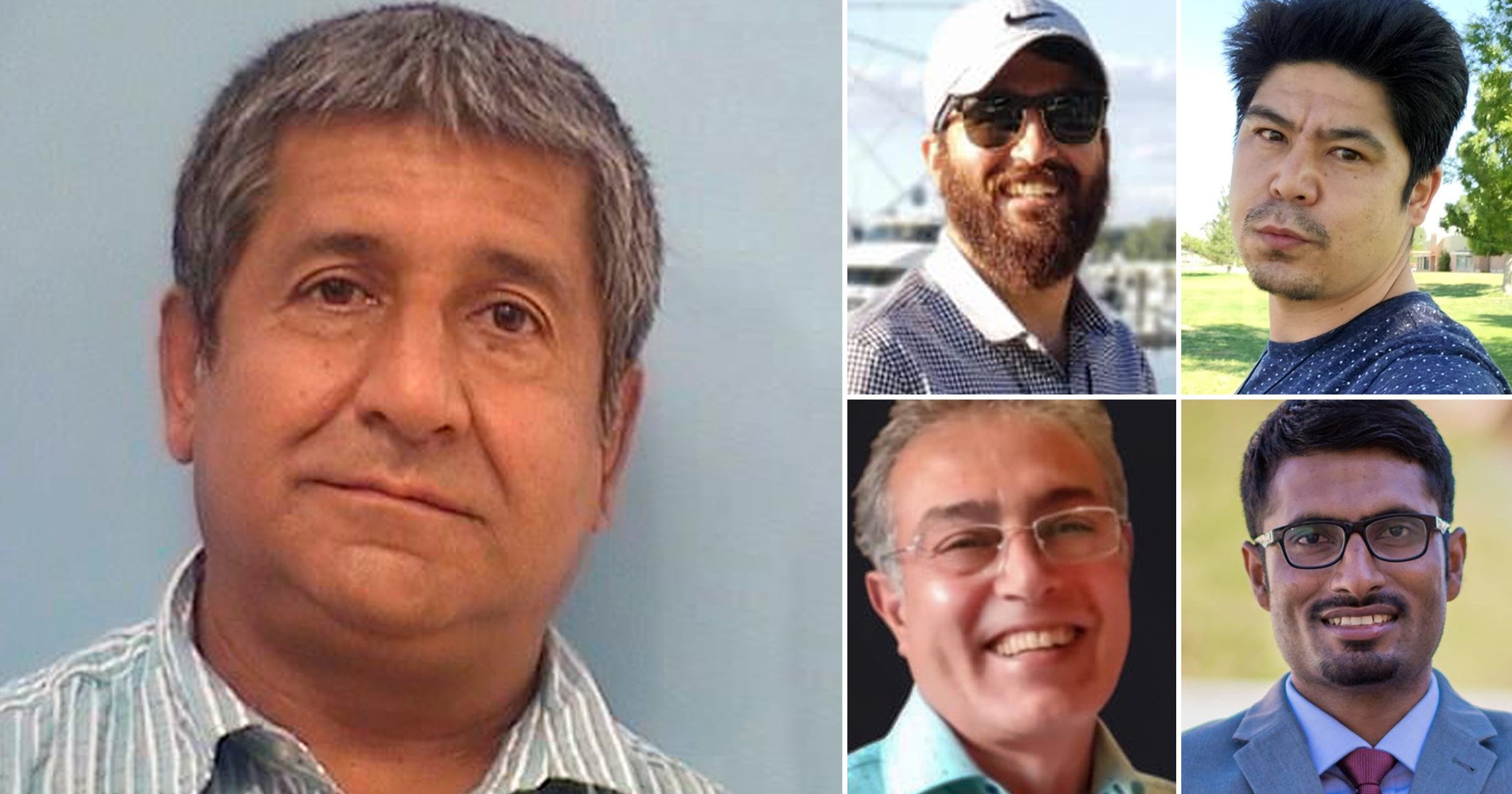 A ‘primary suspect’ has been charged in two of four killings of Muslim men in Albuquerque, New Mexico.

Muhammed Syed on Tuesday night was charged with murder for two of the killings. He was also identified by police as the main primary suspect in the other two cases.

When police arrived to search Syed’s house in Albuquerque, he drove away in a Volkswagen Jetta that they believe was used in one of the ‘ambush-style’ shootings.

Police followed Syed from the home before eventually arresting him in Santa Rosa – about 118 miles west of Albuquerque.

Syed was charged with the July 26 murder of Aftab Hussein and the August 1 murder of Muhammad Afzaal Hussain.

‘The gun used in both of those shootings was discovered during the overnight search of his home,’ stated police.

Police Chief Harold Medina said they are still working to charge Syed for the deaths of Naeem Hussain on August 5 and Mohammed Zaher Ahmadi on November 7, 2021.

He did not know whether the deaths would be classified as hate crimes, serial killings, or both.

Syed was born in Afghanistan and had lived in the US for five years, according to police.

Hartsock said tips from the Muslim community helped lead police to Syed and identify his car.

Police did not identify a clear motive for the killings, but did note that the suspect knew the slain men.

‘Detectives gathered enough evidence that shows the offender knew the victims to some extent and an interpersonal conflict may have led to the shootings,’ police stated.

Hartsock could not confirm if Syed, a Sunni, was angry that his daughter married a Shiite Muslim.

Congresswoman Melanie Stansbury identified one victim, Muhammad Afzaal Hussain, as a former field organizer for her campaign and a ‘dear friend.’

‘Muhammad was kind, hopeful, optimistic,’ she said. ‘A city planner who believed in democracy and in social change, and who believed that we could, in fact, build a brighter future for our communities and for our world.’

Anguished screams ring out as tourist, 59, falls to her death from Grand Canyon