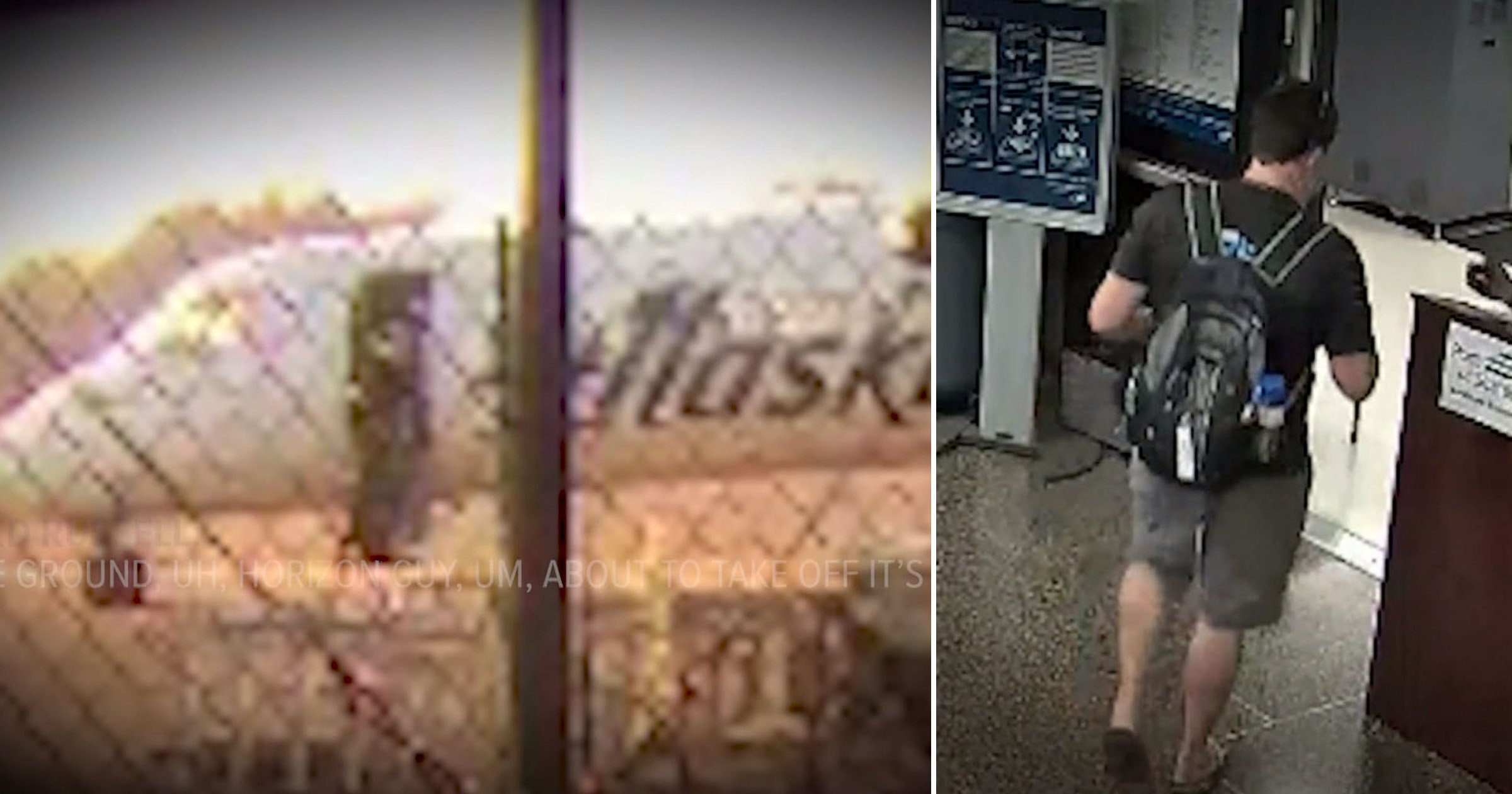 The chilling moments leading up to an airport baggage handler stealing a plane and deliberately crashing it into a remote island have been revealed in new surveillance footage.

Richard Russell, 29, can be seen walking through security at Seattle-Tacoma International Airport wearing a T-shirt with the words, ‘The Sky’s No Limit’, in August 2018.

More than five hours after clearing the security checkpoint, Russell is seen walking to the cargo section of the airport meant for baggage handlers, in the video released by the Port of Seattle.

Russell gets on a tarmac tow vehicle and drags the Alaska Airlines plane that he is set on stealing, onto the airport runway.

He then appears to get in the plane and the cockpit.

‘Hey, I found myself in a predicament. I’m in the air right now. And just gonna soar around.’

Though traffic controllers pleaded for Russell to land safely, he continued to joke with them.

‘Hey do you think if I land this successfully Alaska will give me a job as a pilot?’ Russell said.

A traffic controller still tried to direct Russel to safety.

‘There is the runway just off your right side in about a mile, do you see that?’ the controller said.

‘Oh those guys will try to rough me up if I try land there…’ Russell responded. ‘I think I might mess something up there too. I wouldn’t want to do that. Oh, they probably have got anti-aircraft.’

Russell was also heard saying he was ‘just a broken guy’ and that he was preparing for ‘jail time for life’.

The FBI previously said that Russell knew how to fly a plane from working at the airport, but that he did not have a pilot’s license.

A traffic controller said that Russell ‘needs some help controlling his aircraft’, to which he said, ‘Nah, I mean, I don’t need that much help. I’ve played some video games before’.

Russell was an employee with Horizon Air, a regional subsidiary of Alaska Airlines. He was in the air for 73 minutes and crashed into Ketron Island, which has less than 20 residents, in the Puget Sound.

‘I got a lot of people that care about me,’ Russell said before crashing the plane. ‘It’s going to disappoint them to hear I did this.’