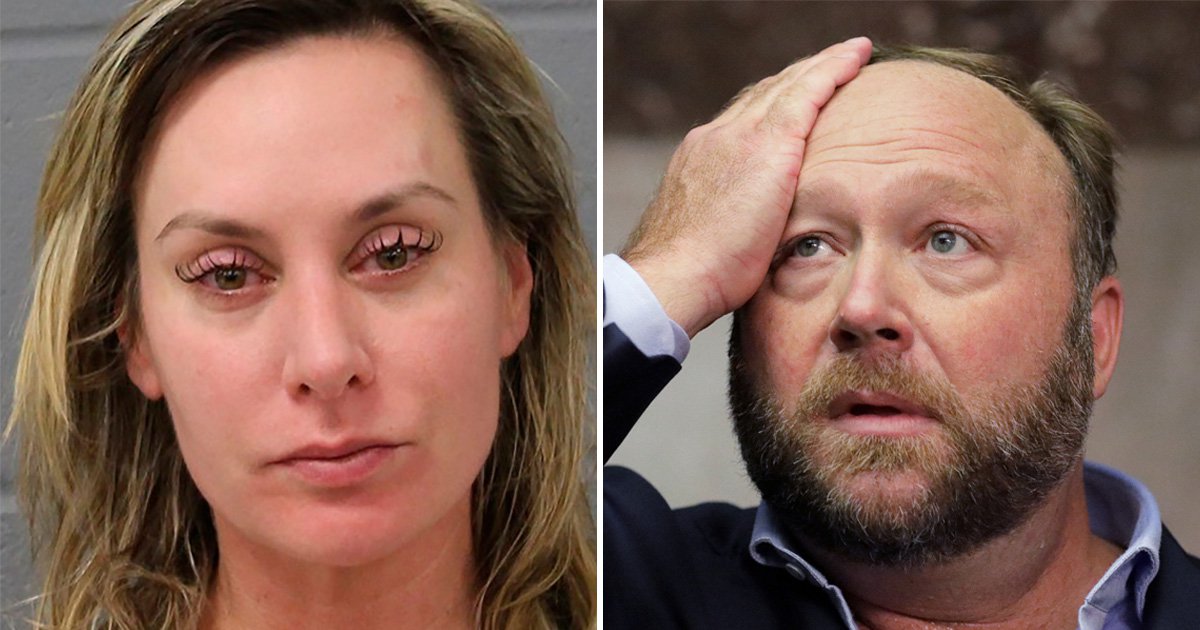 The wife of conspiracy theorist Alex Jones was arrested on Christmas Eve for alleged domestic violence stemming from a ‘medication imbalance.’

Erika Wulff Jones was taken into custody and booked in an Austin, Texas jail around 8.45pm on Friday.

Jones, an Austin resident and founder of far-right conspiracy theory website Infowars, said the incident was caused by a ‘medication imbalance.’

‘It’s a private family matter that happened on Christmas Eve,’ Jones told the Associated Press. ‘I love my wife and care about her and it appears to be some kind of medication imbalance.’

Jones declined to say whether he’d been injured in the incident, or elaborate or what happened beyond that he believes it was related to his wife’s recent change of medication.

The right-wing commentator added that his wife’s arrest ‘doesn’t concern my politics’ and that ‘it wasn’t some kind of personal hateful thing or anything.’

In October, Jones was found to be liable for defamation after claiming that the Sandy Hook school shooting, which left 20 children and six adult staff members dead, was a hoax.

This week, Jones sued seeking to block subpoenas he’d been issued by the House committee investigating the January 6 insurrection at the US Capitol. Jones spoke at a rally in support of then-President Donald Trump that proceeded the riot.

US shutdown: Trump signs off on back pay for federal workers