Home » Americas » All you need to know about the Capitol Building 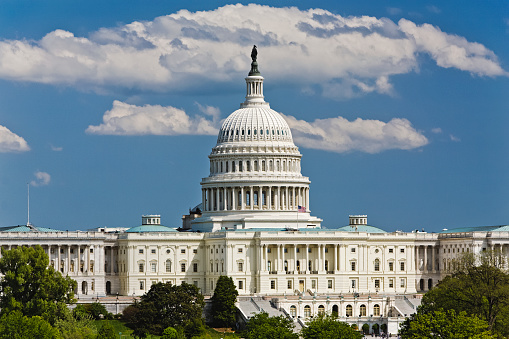 It’s a year since Donald Trump supporters stormed the Capitol Building in Washington DC, in a bid to prevent Joe Biden being certified as the next president.

The shocking riots saw the iconic venue being stormed by protesters, who ransacked offices, smashed windows and fought police after breaking through security lines and even walked into the floor of the Senate.

Five people were killed as a result of the riots, which also led to Donald Trump being impeached for incitement of insurrection – making him the only US president ever to face impeachment charges twice.

It was clearly a monumental moment in world politics, but it also left many wondering just what the Capitol building is, and what part it plays in US politics.

Here is all you need to know.

What is the Capitol Building?

The US Capitol, also known as the Capitol Building, is the meeting place of the United States Congress – the House Of Representatives and the Senate – which it has housed since 1800.

The first US president, George Washington, laid the foundation stone of the building in 1793 – although it was extended in 1868 as the number of states in the US grew, and the number of senators and representatives with it.

As the government continued to expand, the Library Of Congress moved out of the building into its own premises within the grounds in 1897, while the Supreme Court moved into its own building in 1935.

These days, the complex includes the Capitol, six major House and Senate buildings, three Library of Congress buildings, the Supreme Court Building, the U.S. Botanic Garden, and other facilities.

The Capitol is where Congress meets to write US laws. It’s also where presidents are inaugurated, and where they deliver their annual State of the Union messages.

The iconic building is decorated with historic images and paintings of iconic figures in the nation’s history.

The House of Representatives sit in the south wing and the Senate in the north wing.

According to its official website: ‘The United States Capitol in Washington, D.C., is a symbol of the American people and their government, the meeting place of the nation’s legislature.

‘The Capitol also houses an important collection of American art, and it is an architectural achievement in its own right. It is a working office building as well as a tourist attraction visited by millions every year.’

The building is usually open to the public, but currently visits are on hold due to the pandemic.

Under normal circumstances, the public are able to visit via organised tours which take place most days except Sundays and public holidays.

Where is the Capitol Building?

It is located on Capitol Hill at the Eastern End of Washington DC’s National Mall.

Is the Capitol Building part of the White House?

No, the White House and Capitol Building are actually two miles apart.

The White House is located at 1600 Pennsylvania Avenue in Washington, D.C.