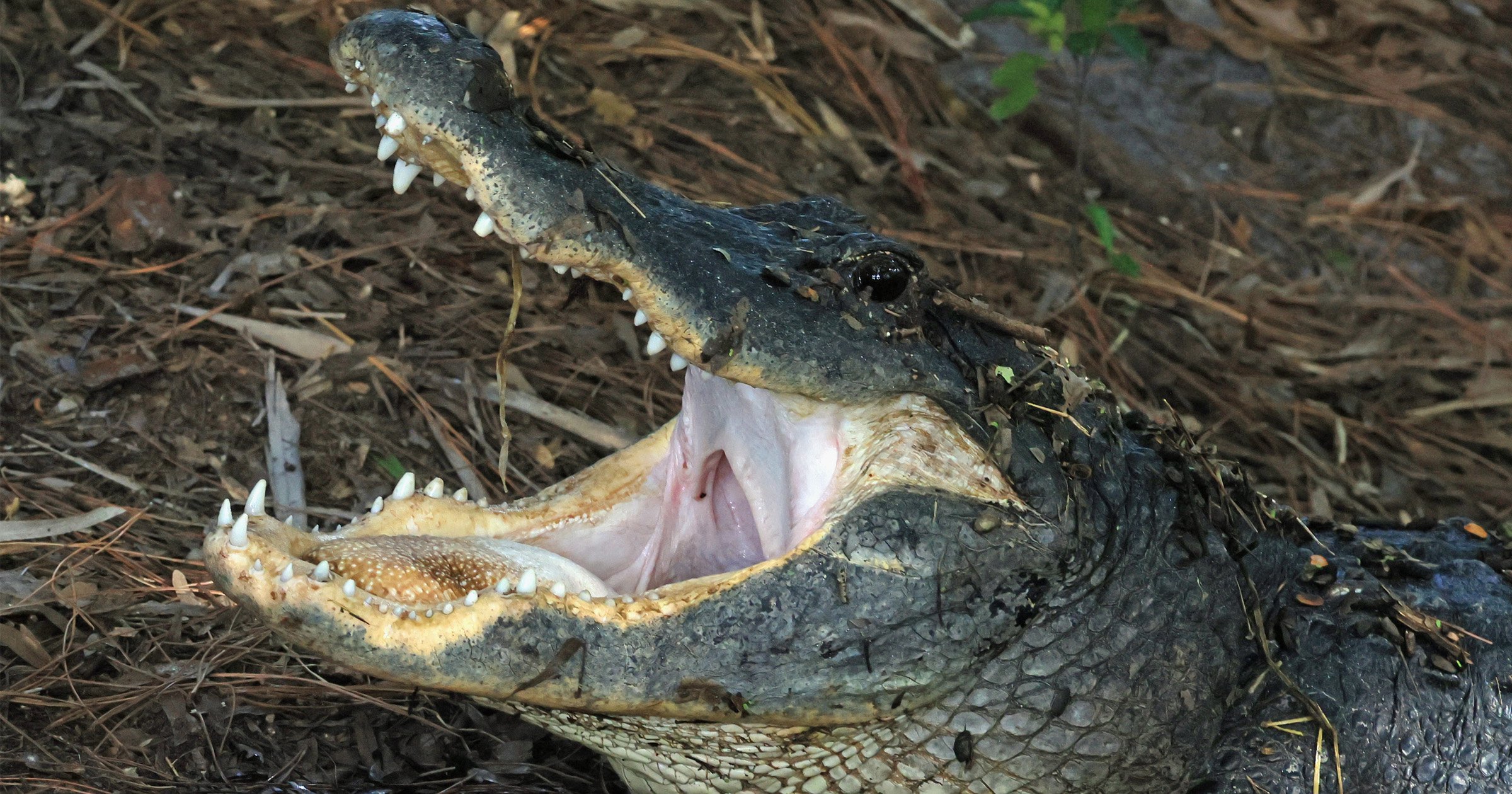 An alligator found swimming in a Florida pond with a knife jutting out of its neck had to be euthanized after it was determined its injuries were too severe.

Alarming photos of the animal, with a knife sticking out of its body, were posted to social media, prompting an investigation, according to the Florida Fish and Wildlife Conservation Commission.

According to the social media posts, several scared passerby’s spotted the gator in a pond located behind a Subway restaurant in Deltona, Florida, just northeast of Orlando, ClickonOrlando reported.

FWC officers were sent out to search for the injured gator on Friday, and continued looking for the creature throughout the weekend. After locating the animal with the knife still sticking out of its head, officers captured it.

The alligator was then euthanized due to extent of its injuries.

The person who stabbed the alligator has not yet been named by officials.

It’s a third-degree felony in the state of Florida to kill or injure an alligator, according to ClickonOrlando.

It’s only legal to hunt alligators in Florida if a permit is obtained, though the demand for permits is always greater than the number given out. Hunting the animal is also extremely regulated and restricted to certain dates.

According to the FWC, under rare circumstances people can claim self defense against an alligator. If the creature attacks a person or their pet, action can be taken, however, if the attack happens off your property, self-defense becomes more difficult to claim under the law.

Those convicted of killing an alligator could be sentenced to up to five years in prison.

Alligators inhibit all 67 counties in the state of Florida, but are most commonly spotted as temperatures rise, according to the FWC. There are currently about 1.3 million alligators across the entire state.