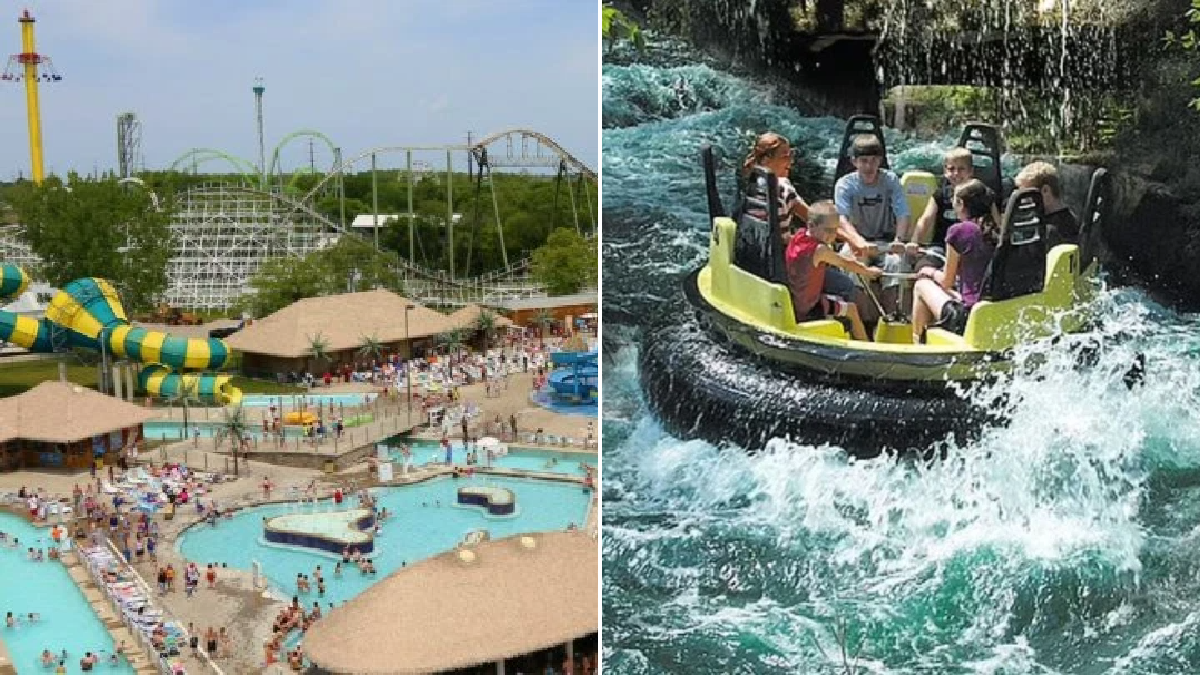 One person has died after a raft in an amusement park water ride overturned, injuring a total of four people. Authorities confirmed one of the victims died Sunday night, a day after the accident at Adventureland Park in Iowa.

The Raging River ride raft carrying six people flipped around 8pm on Saturday in Altoona, near Des Moines. Three of the four passengers who were injured and transported to a hospital were in critical condition.

‘Adventureland is saddened to learn of the passing of one guest involved in the Raging River accident on the evening of 7/3/21,’ park officials wrote in a Facebook post late Sunday.

The ride remains closed amid an ongoing investigation.

‘Adventureland is working closely with both the state and local authorities, and would like to thank them again for their efforts,’ Adventureland officials stated. ‘At this time, we ask for your thoughts and prayers for the guest and their family, as well as for our team members who were onsite.’

The names of the person who died and those who were injured have not been released.

Raging River was inspected on Friday before it reopened for the first time since 2020.

Fire personnel and police officers responded to the call immediately but the ride was a distance from the park entrance.

‘The farthest units I guess walked 200 – 300 yards, maybe. The closest maybe about a hundred,’ Altoona Fire Department’s deputy chief of operations Lance Rouston told KCCI. ‘That’s the closest we could actually get an apparatus there, and they would have to walk the rest of the way and carry their equipment and so forth back.’

Raging River opened for the first time in 1983. It was manufactured by Switzerland-based Intamin Amusement Rides.

Five years ago, Adventureland employee Steve Booher, 68, died from getting injured while trying to help riders off a raft. Booher, who had worked at the water park for six days, reportedly fell on a conveyer belt and fractured his skull and sustained a brain injury. Booher died four days later and Adventureland was hit with a $4,500 fine from Iowa’s Occupational Safety and Health Administration.