Home » Americas » An Officer Fired 27 Times at a Fleeing Suspect. Did He Need To?

Twenty-seven shots — almost two full magazines. That is how many times Officer Juan Gomez fired his pistol on Dec. 5 as he sprinted down a crowded Bronx street, chasing an armed man who had shot at him.

The bullets struck the sidewalk. They struck parked cars. They gouged holes in the brick walls of the apartment buildings on Loring Place North, in the University Heights neighborhood. Fragments from one bullet tore into the leg of a 12-year-old girl. Another bullet hit Irene Ureña Perez, 46, in the belly as she walked a small child home.

“I was leaving the building and heard the shots, tan tan tan tan tan!” said Ms. Perez, who was released from the hospital last week after three operations but remains on bed rest and will probably need more surgery. “I came to this country to work, and now I’m disabled.”

Officer Gomez managed to wound the fleeing gunman in the neck and one foot, stopping him. It was only luck the wild shootout did not lead to the death of bystanders.

The gunfight illustrated the gulf between what officers are trained to do and what can happen when they come under fire and adrenaline starts pumping, experts on police firearms tactics said. Losing control or acting recklessly in such situations can have devastating consequences.

Assistant Chief Patrick Conry, a spokesman for the department, said the shooting was legally justified but was being investigated to determine if Officer Gomez followed the department’s guidelines for using force. He remains on active duty.

Several experts on police tactics, however, said the officer did not follow his training.

“What you’ve got here are 27 rounds of hot lead in one of the most densely populated places in the country,” said Roger Clark, a Los Angeles County sheriff’s lieutenant who often testifies as an expert witness about police use of force. 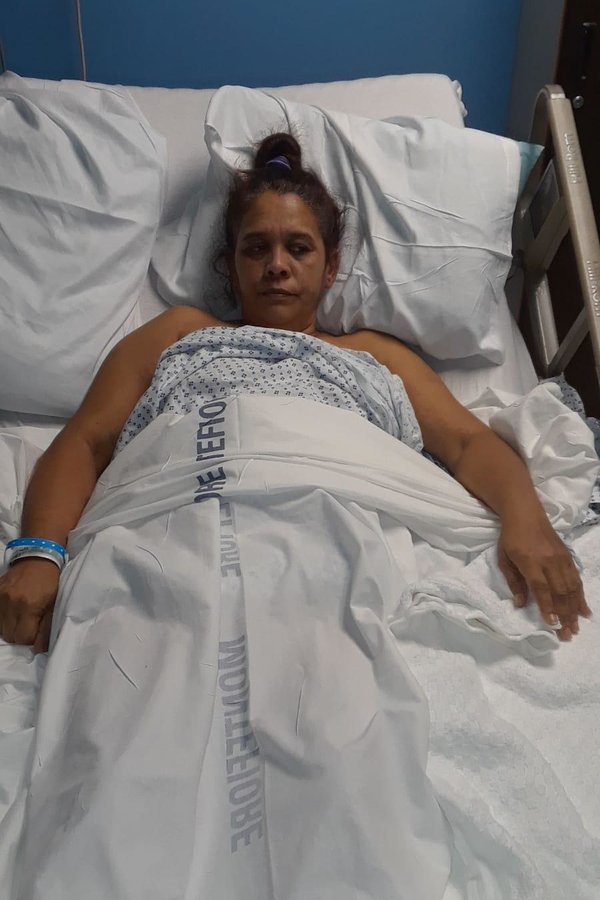 “That’s just wild fire. When you shoot, you shoot with precision, in twos or threes, and then assess the situation. If you’re running and just capping off rounds wildly, that’s forbidden.”

John C. Cerar, a former deputy inspector who commanded the New York Police Department’s firearms and tactics section, said the way Officer Gomez shot while running was an anomaly in New York City, where officers are trained to control their fire.

“We tried to get police officers to be realistic that you’re better off firing from cover,” he said. “Less shots have to be fired if you’re in a good position. Shot placement is so much more important than the amount of shots fired.”

Anthony Bell, 55, witnessed the shootout from the window of his apartment on Loring Place North and called 911. The street, a mix of rowhouses and prewar apartment buildings, is often full of people, as it was that night, including children, Mr. Bell said.

“If this had been summertime, a lot more people would’ve gotten hurt,” he said. “They could’ve just followed him, surrounded the block, don’t let him get out of eyesight, and then you pick him up.”

Before the shooting, Officer Gomez and his partner, Brandon Gembecki, were patrolling nearby on West 183rd Street in plainclothes and an unmarked car, and stopped when they spotted an illegally parked car, Chief Conry said. Residents said the block was well-known as an open-air drug market.

The officers were from the Field Intelligence Unit of the 52nd Precinct, which gathers information about gangs, drug dealing and guns, often helping detectives with information from confidential informants.

Shortly before 6 p.m., the two officers saw Edwin Castillo-Concepcion, 37, run by with his face covered, clutching a red backpack. He had just held two men up in a building lobby on West 183rd Street, firing a shot at them and taking the backpack, according to a criminal complaint.

Officer Gomez, who was wearing a dark knit cap, a blue jacket and jeans, got out of the car and ran after him. Mr. Castillo-Concepcion turned at the corner of West 183d Street and Loring Place North and fired a .25-caliber pistol, missing the officer. 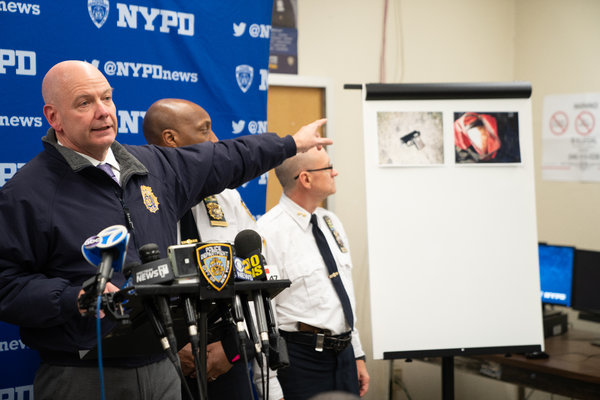 Officer Gomez opened up with his gun as he turned the corner and ran down the long, sloping street, according to security camera footage obtained by Channel 2 News. He had never fired his weapon in five years on the force, the police said.

He emptied an entire 16-round magazine, striking at least five parked cars on both sides of the street.

“It almost seemed like every step he took, he took a shot,” Mr. Bell said, adding that he thought he was witnessing a gunfight between civilians.

At some point, Mr. Castillo-Concepcion fired a second shot at Officer Gomez.

Officer Gomez loaded a fresh magazine into his Glock pistol while Officer Gembecki radioed for help and reversed the car down West 183rd Street. Officer Gomez fired 11 more times at Mr. Castillo-Concepcion, who fell wounded outside a bar on West Fordham Road. Two kilograms of cocaine were found in the backpack, and the pistol was near him.

The officers did not activate their body cameras during the incident. Mr. Castillo-Concepcion faces charges of attempted murder and assault on an officer. The Bronx district attorney’s office is also investigating Officer Gomez’s conduct in the shooting.

Ms. Perez, a native of the Dominican Republic who moved to New York only three months ago, has given notice she will sue the city, seeking $10 million in damages. The wounded 12-year-old, Gabriella Hayes, was released from the hospital last week.

Mr. Cerar, the former police deputy inspector, said the shots Mr. Castillo-Concepcion fired at Officer Gomez may have changed the officer’s calculation about whether letting him flee would put lives in danger.

Still, Eric Adams, a former police captain who is the Brooklyn borough president, said Officer Gomez’s actions, though heroic, had put an alarming number of people in harm’s way.

“The goal of a police encounter is to terminate the threat,” Mr. Adams said. “What is often overlooked is that termination sometimes is allowing that guy to get away, to do an investigation and pick him up later.”

Kawartha Downs could be closed for a few more weeks

When the Gunman’s Motive Remains a Mystery: Does It Matter?