The idea was as simple as it was ambitious: help struggling American cities by recruiting promising college graduates, finding them jobs at start-ups in those cities and training them to open businesses of their own.

That plan formed the backbone of Venture for America, a nonprofit organization founded in 2011 by Andrew Yang, who waged an improbably durable campaign for president last year and now has surged to the front of the pack in this year’s race for New York City mayor.

Mr. Yang has undeniable star power, helping to fuel his rise as a political newcomer with big ideas and boundless optimism about the future of the city. Unlike most of his opponents, he has not worked in government or managed any large organization. Indeed, the most extensive leadership experience of his life was at the helm of Venture for America.

With the zeal of an evangelist, Mr. Yang raised tens of millions of dollars for the organization with the goal of creating 100,000 jobs in cities where they were most needed, such as Detroit. The aim led the Obama administration to declare Mr. Yang a “Champion of Change” and paved the way for his political career.

But a review by The New York Times of Mr. Yang’s tenure at Venture for America found a yawning gap between his bold promises and the results of his efforts.

Only a small fraction of the group’s alumni have started companies, and most of those businesses have either closed or moved to traditional start-up hubs like Silicon Valley. Today, only about 150 people work at companies founded by alumni in the cities that the nonprofit has targeted.

A self-described “numbers guy,” Mr. Yang left the group’s budget depleted, tax filings show. In 2017, when he left to run for president, the nonprofit spent $2.6 million more than it raised, ending the year with only about a month’s worth of cash in reserves. 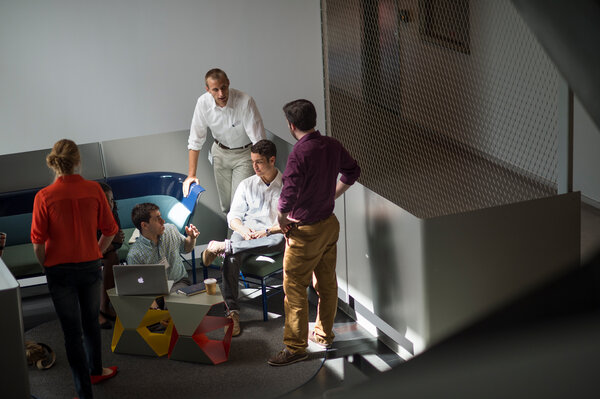 Mr. Yang also failed to recruit many participants of color, even creating a points system for applicants that ended up hurting graduates of historically Black colleges, records show.

This uneven record threatens to undermine Mr. Yang’s main campaign pitch: that he is an enterprising problem-solver who can lead the largest city in the United States into its recovery from the coronavirus pandemic.

“Andrew comes up with these grand ideas, and he loves to obsess about them and talk about how great they are, but he doesn’t think through all the details,” said Cris Landa, a Venture for America employee between 2016 and last year. She said the nonprofit had an important mission and a talented staff, but Mr. Yang did not lead successfully. “He couldn’t be bothered to actually focus on the details.”

For this article, The Times interviewed more than 50 Venture for America alumni and former employees. Many praised the organization for creating opportunities for aspiring entrepreneurs. But nearly two dozen said that despite noble intentions, the program was misguided and ineffective.

In a statement, a campaign spokeswoman defended Venture for America and also emphasized that Mr. Yang had experience running a company — managing a small but successful test-prep firm he had joined as an instructor.

“Andrew was the C.E.O. of a successful private company that became #1 in the country in its category and was acquired by a public company in 2009,” said the spokeswoman, Alyssa Cass. “He then started a nonprofit that helped create jobs around the country and a presidential campaign that grew from nothing to a national movement. He also wrote a New York Times best seller on the impact of technology on the economy.”

Venture for America, which is still in operation without Mr. Yang, declined to comment.

Mr. Yang has said he would be eager to delegate some of the gritty details of managing City Hall. He told The New York Post editorial board recently that he saw the mayor’s role as one that was, in part, about “team-building, culture-setting.”

Questions of managerial competence and the ability to implement a vision are of vital importance in the race. New York City has a $90 billion budget and a convoluted government bureaucracy with about 300,000 employees; a thicket of political interests compete for attention and money. The election is poised to be the most consequential in at least a generation, unfolding against the backdrop of a pandemic, economic uncertainty, gun violence and racial and socioeconomic inequality.

Still, it is Mr. Yang who has led the polls, casting himself as a big-thinking candidate who is willing to experiment with unconventional proposals and build coalitions and relationships, including in the private sector, as he did at Venture for America.

Mr. Yang has proposed some specific policies, including a plan to give about $2,000 a year to the poorest New Yorkers, a scaled-down version of the universal basic income he proposed while running for president. But he is largely running a personality-driven campaign that highlights his background as an “entrepreneur” — the first word of the biography on his Twitter profile.

The message appears to be resonating. Mr. Yang is perceived by many voters as a successful tech entrepreneur.

Despite that widely-held belief, Mr. Yang has little personal experience founding companies or in the tech industry. Ms. Cass noted that Mr. Yang, who is Asian-American, may face stereotypes because of his race.

Asked about his most successful entrepreneurial venture, she said, “nothing was more successful than taking an obscure idea of cash relief and turning it into the cornerstone of a presidential campaign that activated millions of Americans,” an idea that, she said, was reflected in federal stimulus payments during the pandemic.

Mr. Yang, 46, graduated from Columbia Law School in 1999 and briefly worked as a corporate lawyer in New York. He quit after five months.

In 2000, Mr. Yang started a website called Stargiving that sought to use time with celebrities as an incentive for people to donate to charities. That project “failed spectacularly,” as he wrote in his first book.

A year later, Mr. Yang started Ignition NYC, which hosted parties for professionals seeking to have fun and make business connections. It flamed out after about a dozen parties, according to a co-founder.

Mr. Yang bounced between jobs before landing at the test-prep company, then called Manhattan GMAT, referring to the exam for business school. The founder was a former roommate of one of Mr. Yang’s high school friends, and eventually asked Mr. Yang to run the business.

Mr. Yang ran the company for about four years and helped oversee a sale to Kaplan, the test-prep giant, which netted him a little more than $1 million, former employees said.

On the campaign trail, Mr. Yang talks often about that experience. But he played a much larger role in founding and leading Venture for America.

Mr. Yang used $121,000 to start Venture for America in 2011, records show. He has said he developed the idea after seeing many students at the test-prep company go into finance or consulting, even as they said they wanted to change the world and nascent companies badly wanted their help.

“There’s a supply and a demand. We just need to connect the two sides,” he wrote in a letter announcing the group, which he said would resemble Teach for America, the nonprofit that recruits graduates to teach in low-income schools.

The idea drew widespread attention from the news media, including The Times, and donations poured in — mostly from big banks, including UBS and Barclays, as well as from Dan Gilbert, the head of Quicken Loans, and Tony Hsieh, the founder of Zappos, the online shoe retailer.

In 2012, Venture for America selected its first class, 31 men and nine women.

The group trained them at a monthlong boot camp at Mr. Yang’s undergraduate alma mater, Brown University, and then helped them apply to work for two years as fellows at start-ups in Cincinnati, Detroit, Las Vegas, New Orleans and Providence, R.I.

The start-ups paid the fellows up to $38,000 a year, and gave $5,000 to the nonprofit. Many companies jumped at the chance to land top talent at a bargain rate. Venture for America encouraged fellows to come up with their own business ideas, offering to help them find funding.

Soon, Venture for America began recruiting much larger classes of fellows and expanding to more cities as Mr. Yang raised more money — and made increasingly large declarations about the success of the program.

While leading Venture for America, Mr. Yang ultimately told donors the organization had already created as many as 5,000 jobs. While running for president, when critics questioned the claims of success, he said it had created thousands of jobs.

But those numbers were based on an unusual calculation, according to former employees: If the nonprofit sent a fellow to work at a start-up, and that start-up later increased in size, then Mr. Yang claimed those new positions as “jobs created.”

Ms. Cass, the spokeswoman for the Yang campaign, acknowledged that method, adding that the group also counted the jobs filled by the fellows themselves.

In the years since Mr. Yang left Venture for America, it has shifted away from declarations about jobs and the 100,000-job goal altogether. Recently, it changed its website to say fellows had started companies that together created almost 450 jobs.