Dozens of protesters, some with rifles slung around their chests, enter the Capitol and demand to be heard. 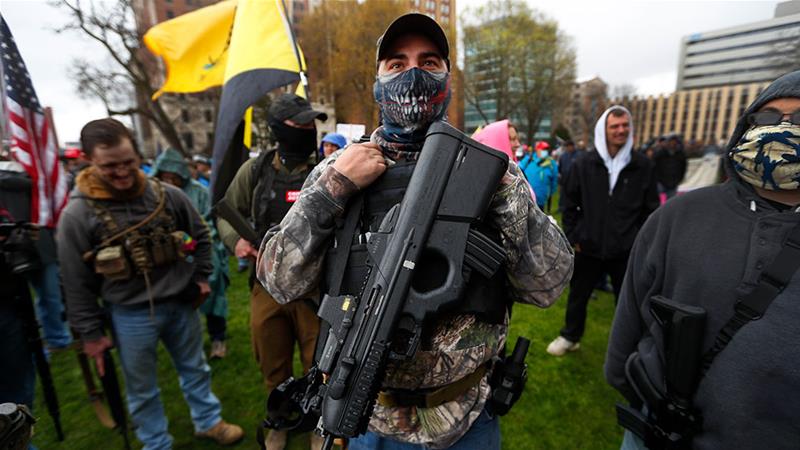 Hundreds of angry protesters, some carrying firearms, gathered at Michigan’s State Capitol in Lansing on Thursday to protest against Governor Gretchen Whitmer’s request to extend the state of emergency to combat the coronavirus pandemic.

The protests came as state legislators debated a measure refusing the governor’s request and voted to authorise a lawsuit challenging her authority and actions to combat the pandemic.

At one point during the legislative deliberations, dozens of protesters – many without face coverings and some with rifles slung around their chests – entered the Capitol and demanded to be let into the House chamber, which was closed to the public to allow room for representatives and reporters to spread apart. The crowd shouted, “Let us in” while mask-wearing sergeants and state police blocked them.

Demonstrators were allowed in the state Senate, which has fewer members and remained in session to also authorise legal action.

Firearms have been legally allowed in the Michigan state Capitol building for some time.

The protest appeared to be the largest in the state since April 15, when supporters and allies of President Donald Trump organised thousands of people for “Operation Gridlock”, jamming the streets of Lansing with their cars to call out what they said was the overreach of Whitmer’s strict stay-at-home order.

It was one of the country’s first major anti-lockdown rallies and helped sparked a wave of similar events nationwide.

The slow reopening of state economies around the country has taken on political overtones, as Republican politicians and individuals affiliated with Trump’s re-election promoted protests in electoral battleground states such as Michigan.

“Governor Whitmer, and our state legislature, it’s over with. Open this state,” Mike Detmer, a Republican candidate for US Congress told the crowd. “Let’s get businesses back open again. Let’s make sure there are jobs to go back to.”

Whitmer’s stay-at-home order, the strictest in the US, is in effect through May 15. House Republicans wanted changes, such as allowing elective medical and dental procedures again and certainty on the date she plans to reopen the economy on a regional basis. Meanwhile, the governor has allowed some businesses, such as lawn-care companies and greenhouses, to resume operating.

Many states, including Georgia, Oklahoma, Alaska, South Carolina and Ohio, have already moved to restart parts of their economies following weeks of mandatory lockdowns that have thrown nearly one in six American workers out of their jobs.

SNC-Lavalin and Trudeau: A primer on the controversy 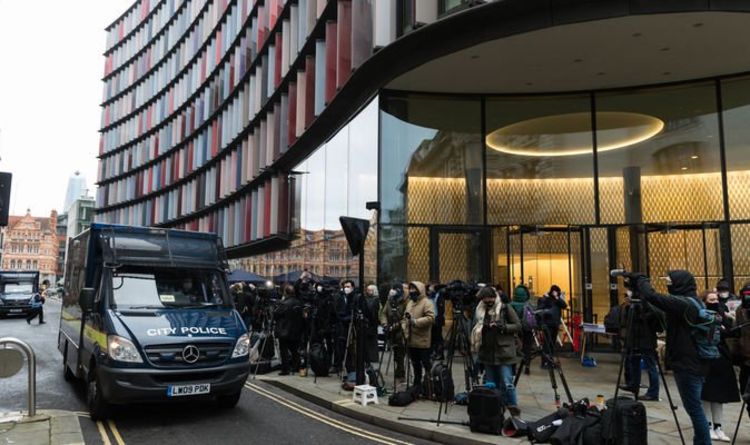