Politicians in Quebec and neighboring Ontario, Canada’s two most populous provinces, are blaming a rise in cases on people dropping their guard. 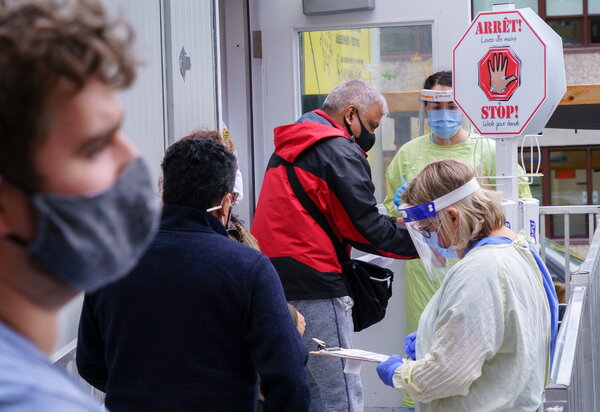 By Dan Bilefsky and Ian Austen

MONTREAL — There has been a veneer of normalcy in Montreal.

Couples hunched over steak-frites and poutine at popular neighborhood bistros. Young people thronging comedy shows and CrossFit classes in parks. Shopping sprees, even if armed with masks and sanitizers.

But this week the sense that regular life was gradually returning was upended when Quebec, faced with a resurgence of coronavirus cases, became Canada’s first province to reintroduce tough shutdown measures — including closing restaurants, cinemas, and theaters, and forbidding household visits to friends or family, with some exceptions.

“The situation has become critical,” Quebec’s premier, François Legault, said on Monday evening, lamenting that people had relaxed their vigilance and prioritized fun. “If we don’t want our hospitals to be submerged, if we want to limit the number of deaths, we must take strong action.”

Alarm has also shaken Ontario where some cities are again posting record case numbers, and some new, modest restrictions have been imposed, including shutting down strip bars and banning alcohol sales after 11 p.m.

Epidemiologists attributed the growing numbers of case to inadequate contact tracing; an unwillingness to shut down schools and businesses; and people letting their guards down. For example, the karaoke bar, Bar Kirouac, in Quebec City, was linked to 72 cases of Covid-19, according to Quebec health officials.

The relapse has underlined how even Canada, a country with universal health care and a generally disciplined, rule-bound population, remains vulnerable to the coronavirus.

Quebec, Canada’s epicenter throughout the pandemic, reported 750 new cases on Monday, helping to bring the total number in the province to 73,450. In total, 5,833 people have died in Quebec; the entire country has seen 9,289 deaths. 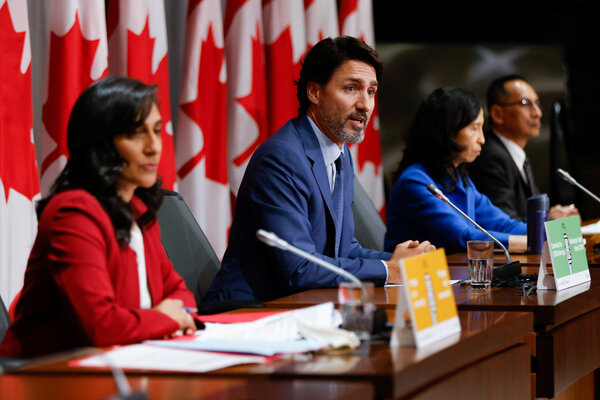 Canadians have until recently taken some satisfaction in the country’s approach to containing the virus. Most provinces moved swiftly in March to shut down schools and businesses. The border with the United States was closed and some provinces limited travelers from other parts of Canada — a restriction that still is in effect.

By spring and through the summer, many of those measures were significantly relaxed in most parts of the country.