The US has hit the once-unthinkable milestone of one million coronavirus deaths – yet despite this grim mark, reports show that the pandemic has become an afterthought for many Americans consumed with other glaring issues, like Russia’s war on Ukraine.

Anticipating the horrific milestone, which was announced by the White House on Thursday, President Joe Biden said he would be ordering flags at the White House and all federal buildings to be flown at half-staff.

He added that, as a nation, Americans ‘must not grow numb to such sorrow’.

But are his words too late? 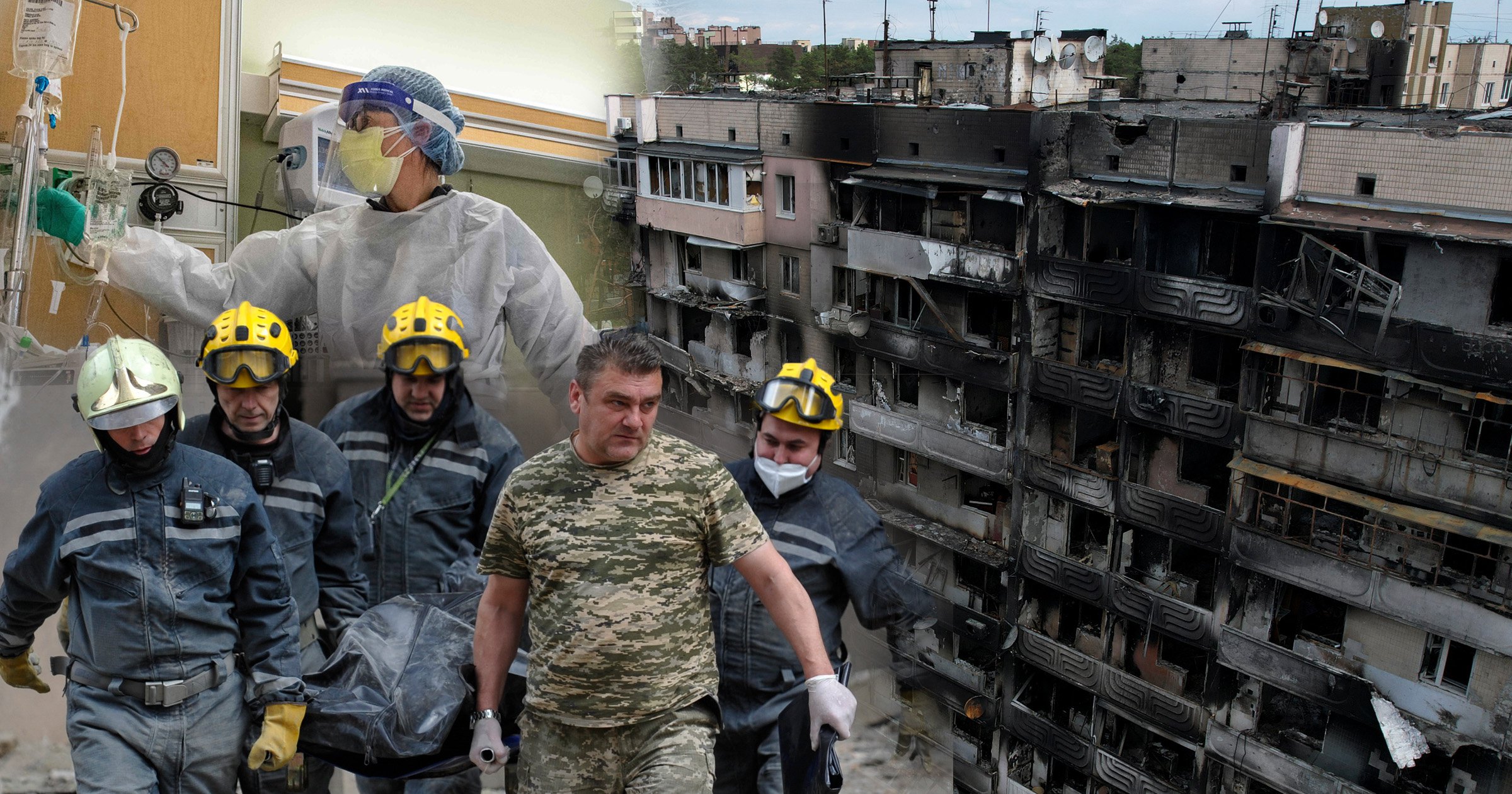 According to some psychologists, coronavirus fatigue has already struck many Americans due to the way we cultivate empathy and feel connected to victims.

‘It’s a horrible fact that we’re getting close to one million deaths, and each death that comes in doesn’t seem to carry the same emotional weight for people.’

The phenomenon known as compassion collapse offers one explanation for why many choose to disengage in the face of massive global tragedy. The theory asserts that for some, it’s easier to feel empathy for a clear, identifiable victim than it is to feel for millions suffering a similar situation.

So, while the plight of a mother and her children desperately trying to escape death and destruction might spur someone to shed a tear or make a donation that may offer them support, the thought of such a massive number of people affected by similar turmoil may be too overwhelming to comprehend.

A recent Ipsos poll found that just 4% of Americans think that Covid-19 or diseases are the top problem facing the country today. Meanwhile, the survey revealed that 11% of Americans feel that the war in Ukraine triumphs the coronavirus, and some other topics, as the most important issue.

A study by Gallup released in late April showed that the two issues swapped in terms of higher concern in recent months. In January, before Russia invaded Ukraine, 20% of Americans said the most important problem facing the US was the coronavirus.

By March, when Russia’s assault was well underway, 9% of Americans said the most important problem was the situation with Ukraine, versus just 3% who said it was the virus. Concern over both issues dropped in April, but more Americans still considered the Russia-Ukraine situation a bigger problem than Covid-19.

‘In the context of this tragedy, where the scale is so large, there does seem to be evidence that people grow increasingly indifferent to it,’ Van Bavel said.

‘In the case of people who have lost somebody, or know somebody who’s passed away, they might have a more acute sense of scale of it because it’s touched them.’

On the flip side, people may also tune out as a way of managing their emotions, Pennsylvania State University psychology professor Daryl Cameron told Metro.co.uk.

‘Sometimes you hear the claim that when it gets to a toll this large, we just can’t feel any empathy. But I think that neglects how sometimes people might opt in and choose to sort of disengage from their feelings,’ said Cameron.

‘Even if people are growing more numb, there are different accounts for why that is.’

The US has recorded nearly 999,000 coronavirus deaths as of Thursday, according to Johns Hopkins University. The Centers for Disease Control and Prevention (CDC), which the Biden administration is also tracking for the official death count, had the figure at 996,376. NBC News, which is also tallying the fatalities, reached one million deaths a week ago, and Reuters called it on Thursday.

Worry over the coronavirus has been on a steady decline, and the one million deaths have appeared to had no affect. A Gallup poll released on Wednesday showed that Americans’ coronavirus concerns are at their lowest level since July 2021, with just 17% very or moderately worried, down from 69% in April 2020.

While cultivating empathy may be easier when there’s an established connection to the victim, people can also choose to disengage as a form of mental preservation.

‘We opt to read some news stories and not other news stories. We can choose what to watch on television, we can structure our everyday lives in order to change what emotions mean,’ Cameron said.

Reading a story or watching a news clip about one particular person’s loss has a greater emotional impact than a large number, like one million coronavirus deaths, he explained.

Inspiring stories of individuals in Ukraine fighting against Russian powers could account for why some Americans now empathize more with Ukrainian refugees than with people sick at home with the virus.

‘Like how people are sending money to refugees escaping the war in Ukraine, people can be moved to care about people very far away and different from them,’ Van Bavel said.

Usually, however, people are more inclined to act in such a way toward their personal circles.

‘If people don’t feel a connection to the people who died, they’re not very moved to care about them in a deep enough way,’ Van Bavel added. ‘Hearing a statistic is not often a sufficient motivation for many people to change their moral circle of people that they care about.’

Social media posts and data from news stations also reflect a shift in priority between the issues. ‘Apparently the only thing keeping COVID at the top of the news cycle was… the news cycle,’ one Twitter user wrote. ‘Because I’ve barely heard a f***ing peep on the news about COVID since Russia invaded Ukraine.’

A day after Russia launched its unprovoked attack in late February, Ukraine was mentioned in over 3,000 cable news clips. The word ‘Covid’ was only mentioned in an average of 482 clips a day in January, according to data from the Television News Archive.

As national attention has been focused on the conflict, it’s unclear whether crises can compete for our attention.

4 times as many Americans have died of Covid than Ukrainian casualties since the war in Ukraine began. No headlines. No public acknowledgment of the ongoing danger, loss, and grief.

We went from Covid being the most important thing ever to Russia/Ukraine in less than a month.
Now that nobody cares about the Ukraine war anymore, what comes next?

‘I think it’s possible,’ Cameron said, adding, ‘Arguably there are plenty of folks who can sustain caring for multiple causes at a time.’

Cameron was cautious to use psychology to compare the two major historical events, noting there have not been significant studies done yet on empathy and the coronavirus pandemic.

‘As much as there is horrible death involved in both cases, whether it’s the way that Ukrainians have been treated or with Covid, I think one of the things with Covid, especially early on, was just the nature of the separation and loss, the nature of the loneliness and deaths,’ Cameron said.

‘I think it’s difficult to really emotionally comprehend just how tragic that is.’

While it’s hard to generalize across the two tragedies, both involve severe pain and loss, and have altered life for many in previously unimaginable ways, Cameron said.

‘I think in both cases,’ he said, ‘What might be common is just this intense, grievous loss happening at a large scale.’