A 61-year-old Asian man who was assaulted in East Harlem on Friday night while pushing a grocery cart full of bottles and cans remained in critical but stable condition on Monday morning, the police said, another victim in a rising wave of attacks against Asians in New York City.

The man — identified by local media outlets and elected officials as Yao Pan Ma, a Chinese immigrant — was in a coma and on a ventilator after the attack, his wife, Baozhen Chen, told The New York Daily News.

Mr. Ma was at the corner of 125th Street and Third Avenue around 8 p.m. on Friday when a man dressed in black approached and hit him in the back, the police said. He collapsed onto the sidewalk.

A video released by the Police Department showed Mr. Ma lying unmoving as his attacker stomped on his head with white sneakers and kicked him multiple times in the face before running away. A bus driver who was passing by spotted Mr. Ma unconscious on the ground and called paramedics.

The city’s Police Department, which was still searching for Mr. Ma’s attacker on Monday, said that officers were investigating the assault as a possible hate crime.

The brutal assault came as reports of anti-Asian hate crimes have mounted in New York City and across the United States. The video, which spread across social media, brought a new wave of outrage and fear after a number of similar unprovoked attacks in recent months.

Many of the victims have been, like Mr. Ma, middle-aged New Yorkers who were alone on the streets or riding public transit. Last month, a Filipino-American woman walking to church was shoved to the ground and kicked. Footage of the attack went viral, and her assailant was charged with a hate crime.

Mayor Bill de Blasio called the attack on Mr. Ma “outrageous” and “vicious.” Gov. Andrew M. Cuomo said the news had “sickened” him, calling the attack a “bigoted act of violence” and ordering the state police to assist with the investigation.

A police spokesman said surveillance camera footage suggested that Mr. Ma and his attacker had not interacted before the assault, leading detectives to believe Mr. Ma may have been targeted because he is Asian. 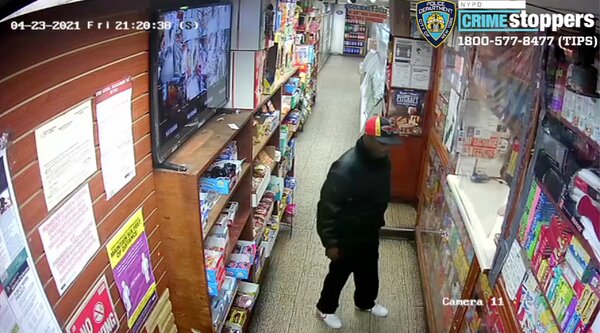 Reports of hate crimes targeting Asian-Americans have increased sharply across the country since the coronavirus pandemic began last year, as former President Donald J. Trump repeatedly used anti-Asian slurs to refer to the virus in an effort to link it to China.

Law enforcement officials nationwide have said attackers in some cases have used language falsely blaming Asian-Americans for spreading the virus.

The New York Police Department had received 66 reports of anti-Asian hate crimes this year as of last Sunday, the most recent day for which data was available, a spokeswoman said. That’s more than five times the 12 incidents reported in the same period last year, and more than double the 28 recorded in all of 2020.

Police officials have said that more victims appeared to be reporting anti-Asian attacks than in the past. Community advocates have said that anti-Asian crimes have long been underreported because of language barriers and distrust of the police.

A Rise in Anti-Asian Attacks

A torrent of hate and violence against people of Asian descent around the United States began last spring, in the early days of the coronavirus pandemic.

El Chapo in dock for biggest US drugs trial

US agents tried to deport man 'because he looked Mexican'