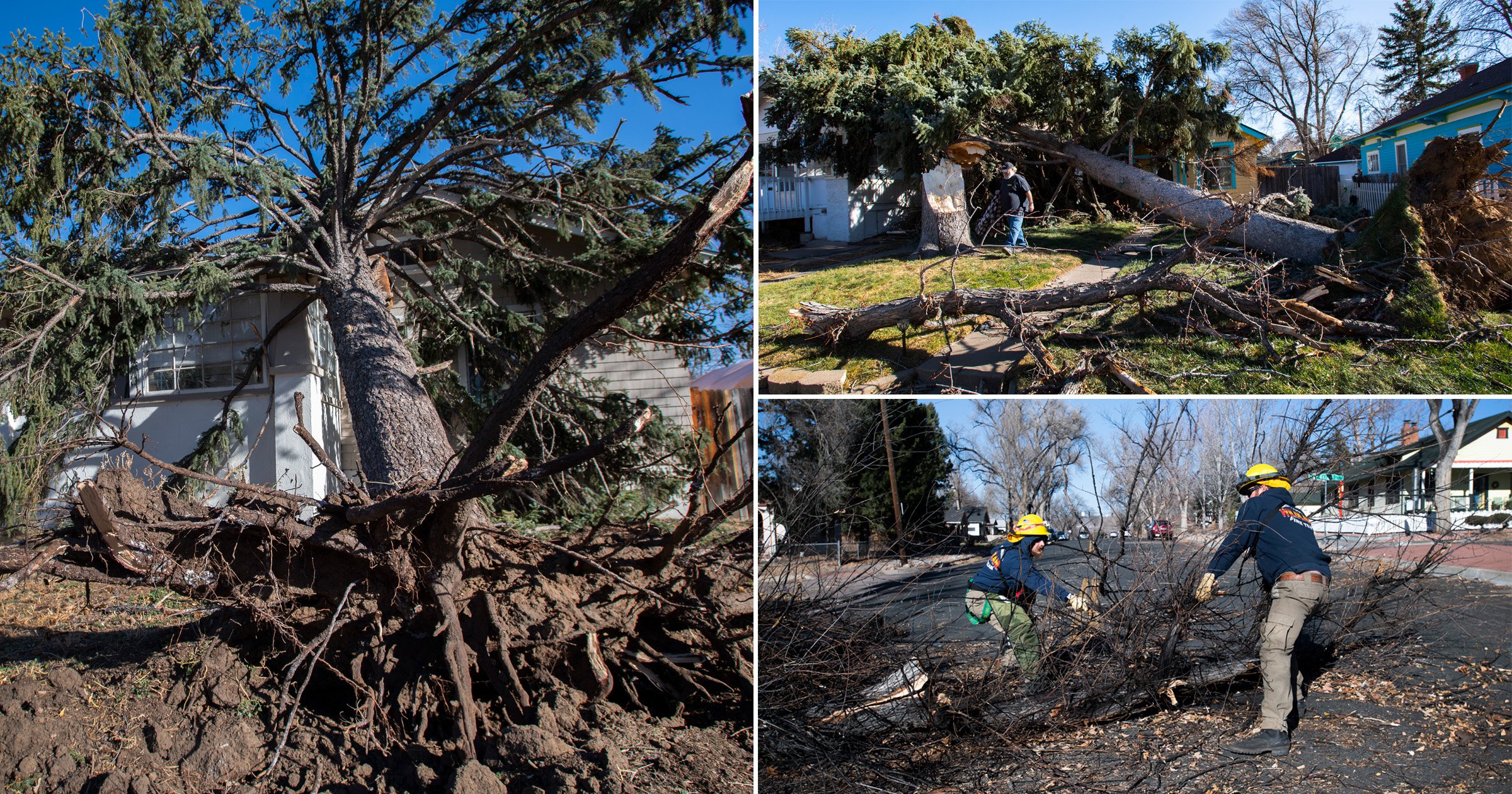 At least five people died after an usual storm system sent hurricane-force winds, over 20 tornadoes and array of other wacky weather patterns through the Central US on Wednesday.

Most of the five deaths involved crashes. In Iowa, the driver of a semitruck was killed after their vehicle rolled over after being hit by a strong gust of wind, the state patrol said.

In Kansas, three people died in car crashes while blinded by forceful dust storms. In southeastern Minnesota, a 65-year-old man was killed when a 40-foot tree fell on him outside his home, officials said.

There were at least 21 tornadoes in Nebraska, Iowa, Minnesota and Wisconsin, the National Weather Service said after surveying the affected regions. At least 13 of those tornadoes hit land in Iowa, and five struck Nebraska, just south of Omaha.

Over 36 million people living between New Mexico and Michigan were under high-wind warnings as strong gusts tore roofs off homes and toppled tractor trailers on highways.

Scores of Americans were left without power into Thursday afternoon, according to PowerOutage.us, which tracks outages.

Wednesday’s hurricane-force winds, at times hitting 100mph, were record-setting, according to the Storm Prediction Center. More wind gusts over 75 mph were recorded that day than there had been since 2004.

The storm shifted north of the Great Lakes into Canada on Thursday, bringing high winds, snow and hazardous conditions to the upper Great Lakes region, according to the National Weather Service.

The odd array of weather events also brought snow squalls, dust storms and unseasonably warm temperatures to some states across the Great Plains and Midwest.

The far-reaching storm came on the heels of a devastating series of tornadoes that cut a path through Arkansas, Missouri, Tennessee, Illinois and Kentucky last week, killing at least 88 people.

Motorcyclist dead after crash in Oakville