Blazes destroy hundreds of homes and some entire communities as thousands are displaced. 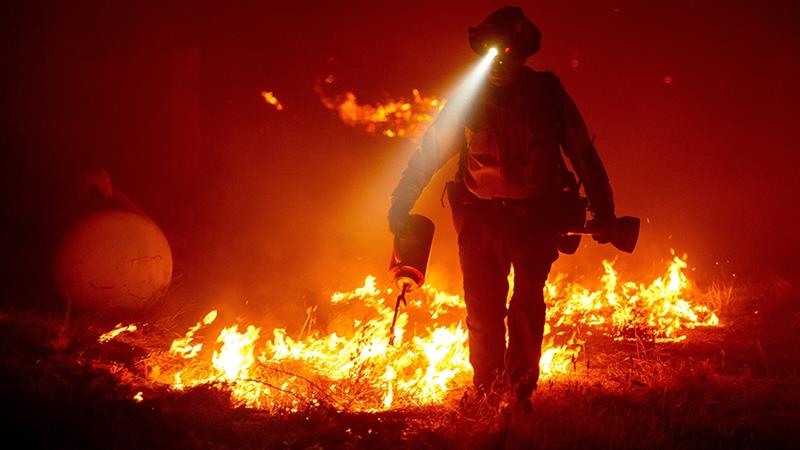 Dozens of extreme wind-driven wildfires swept across western US states on Thursday, destroying hundreds of homes and killing at least seven people, authorities have said.

In 48 hours, three people died from a lightning-sparked fire in northern California, while three were reported dead in Oregon and a one-year-old boy died in Washington state, police said.

The blazes tore through at least five communities in Oregon’s Cascade mountain range as well as areas of coastal rainforest normally spared from wildfires.

East of Salem, Oregon, search and rescue teams entered destroyed communities like Detroit, where firefighters abandoned equipment and led residents on a dramatic mountain escape after military helicopters were unable to evacuate the town.

A 12-year-old boy was found dead with his dog inside a burned car and his grandmother feared dead after flames engulfed an area near Lyons, Oregon, about 50 miles (80km) south of Portland, the Marion County Sheriff’s Office said. 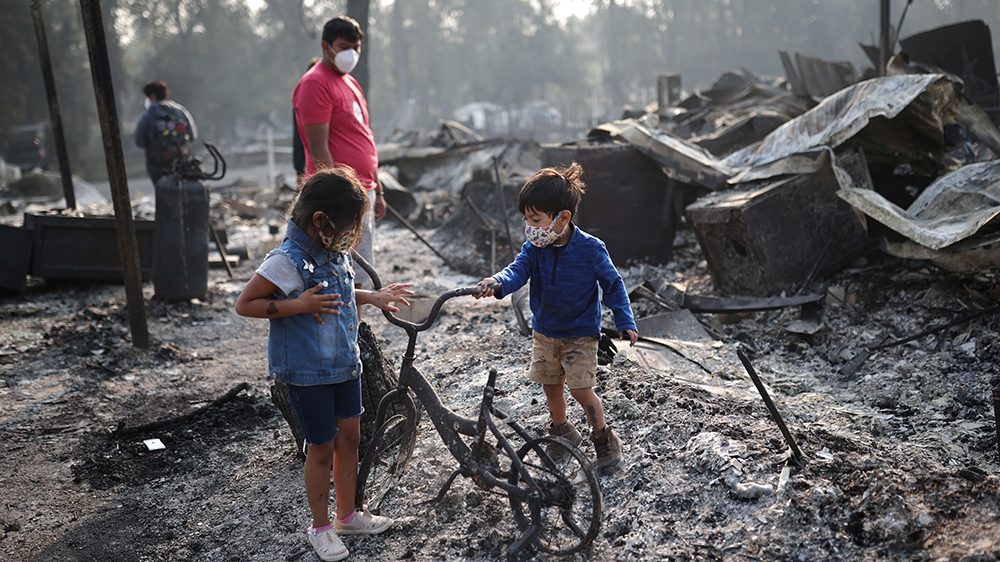 Oregon Governor Kate Brown said the state was facing perhaps its greatest ever loss in lives from wildfires, with the communities of Blue River and Vida in Lane County and Phoenix and Talent in southern Oregon largely destroyed.

Climate scientists say global warming has contributed to greater extremes in wet and dry seasons across the US West, causing vegetation to flourish then dry out, leaving more abundant, volatile fuel for fires.

Evacuations were occurring in areas scattered across all of Oregon, an area about the size of the United Kingdom, as fires burned in virtually every region.

In southern Oregon’s Jackson County, most of the city of Medford, with 82,000 residents, was told to evacuate or prepare to evacuate as fires burned around the city.

In California, officials said some 64,000 people were under evacuation orders on Wednesday while crews battled 28 major fires across portions of the most populous US state.

About a third of those evacuees were displaced in Butte County alone, north of the capital Sacramento, where a wildfire has scorched more than 200,000 acres (80,900 hectares) since it was ignited on August 17.

Almost half of that landscape was consumed since Tuesday, as a newly ferocious flank of that blaze dubbed the Bear Fire spread largely unchecked over some 97,000 acres (39,250 hectares).

The remains of three victims were found in two separate locations of that fire zone, according to Butte County Sheriff Kory Honea, bringing the total death toll from this summer’s devastating spate of California wildfires to at least 11. 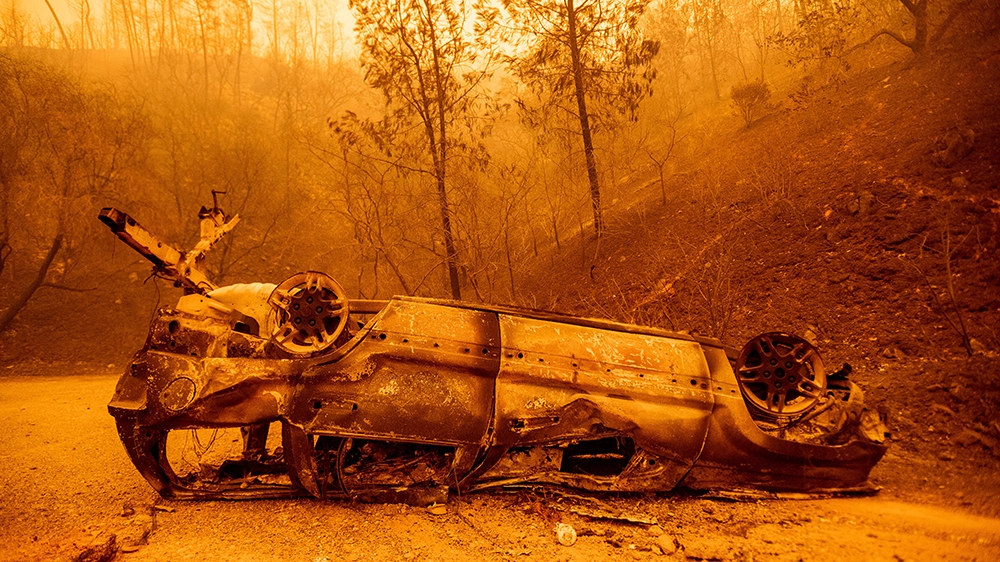 Brothers Ed and Jerry Murie told the San Francisco Chronicle they did not want to leave their homes in Berry Creek, but were forced to evacuate when the power was shut off as the Bear Fire spread towards the town.

Ed Murie, 58, described seeing a wall of flames 50 feet (15 metres) high when they fled late on Tuesday and hearing explosions from propane tanks.

“My brother and I barely made it out,” he said. “It was raining fire. We’re pretty sure we lost everything.”

The Bear Fire raged near the outskirts of Paradise, a town largely reduced to ash in 2018, with 85 lives lost, in a firestorm that still ranks as the deadliest in California history.

In eastern Washington, a man and a woman were in critical condition with burns after their one-year-old son died as they tried to escape the state’s largest wildfire, the Okanogan County Sheriff’s Office said in a statement.