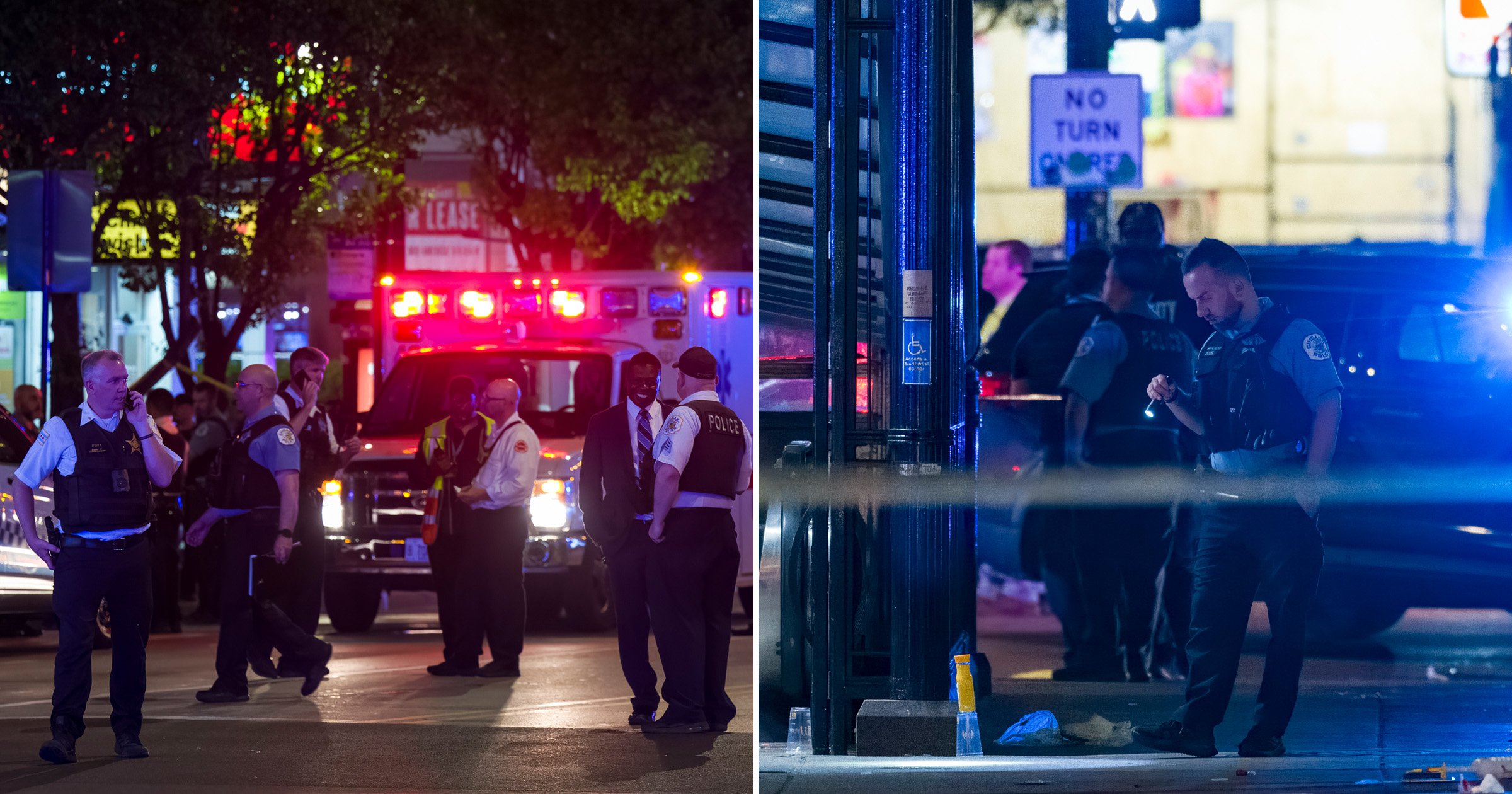 At least two people were killed and eight others were injured Thursday night in Chicago when a shooting broke out following a fight outside a McDonald’s restaurant.

The Chicago Police Department responded to reports of gunfire around 10.30pm near a McDonald’s located on the city’s Near North Side, police said. The suspected shooter was taken into custody and their gun was recovered.

One witness, Deonna Jackson,18, told the Chicago Sun-Times that the gunfire appeared to be a result of a fight that unfolded outside the fast food restaurant.

‘When the fight first started, we were right next to them,’ Jackson said. ‘We had to run because I didn’t want anyone to swing on me.’

One of the first victims was right next to Jackson and her friends, she told the paper, adding that once they started ‘shooting like crazy.’

As paramedics and emergency response officials responded Thursday night, a fight between two people across the street from the shooting broke out, as some people crossed a line of police tape and argued with officers.

Police have not yet released the names or ages of the the victims, and have not shared additional details about the circumstances of the shooting. An investigation is ongoing.

Thursday night’s violence comes a day after a Chicago police officer shot a 13-year-old boy after he fled from a car that police say was linked to a carjacking.

The teenager was shot in the parking lot of a gas station Wednesday after officers tried to stop the Honda Accord that had been reported stolen two days earlier, Chicago Police Superintendent David Brown said at a news conference Thursday.

The teen was reportedly taken to an area hospital in serious but stable condition.

The US state looking to take down Trump