Robert Russell Crans Jr. is storing a bounty of items once owned and touched by President Abraham Lincoln and his family that represent a time in American history and politics most can only read about in history books.

Through hundreds of years, the Lincoln personal items have been passed down through generations of family members. Mr. Crans is adopted, but his mother’s stepfather, Robert Lincoln Beckwith, was the last known blood relative of the Lincoln family.

He said he was ready to part with the collection, mostly because of the financial strain of his medical bills and his need to refinance his home. So, he’s taken some of these items to market, including a fan owned by the first lady, Mary Todd Lincoln, when she was in the White House; a sterling silver ladle from the wife of Robert Todd Lincoln, a son of the president and Ms. Lincoln; and a portrait of the first lady’s half sister.

They’re among hundreds of presidential artifacts being sold in an online bidding that started last week in celebration of Presidents’ Day at RR Auction, an auction house in Boston. 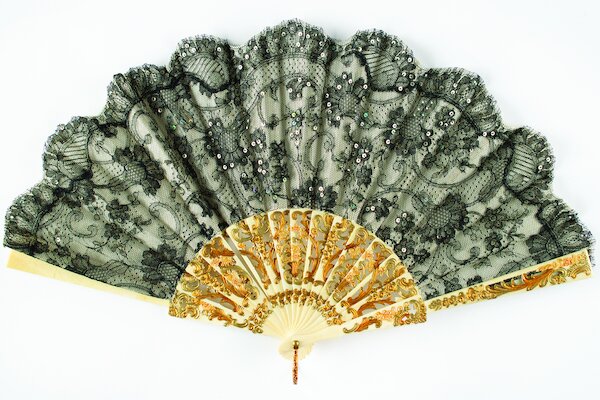 The auction house is offering the presidential items, including letters, photographs and personal items, for bidding until Thursday.

Auctions like this one open up a market to people who want to sell the historical items that they’ve owned for decades and for presidential collectors who are eager to own a piece of American history.

The auction house said the items up for bid included a lottery ticket from 1768 signed by Washington that is projected to sell for at least $20,000. The lottery was conceived by Washington as a way to raise funds to build a road through the Allegheny Mountains.

Bidders can also buy locks of presidential hair from Washington and the first lady, Martha Washington, estimated to sell for about $75,000, or from Lincoln for about $20,000. In that era, the locks were keepsakes often given to loved ones.

There’s also a photograph, only one of three that exist, of Lincoln and his son, Tad Lincoln, who died at age 18, signed by the president that is estimated to fetch about $75,000.

Many people don’t realize that they could own something significant, like a letter from one of the country’s founding fathers, said Bobby Livingston, a spokesman for the auction house.

“It tells the story of the United States,” Mr. Livingston said. “History repeats itself in America. It’s all right here in this auction.”

Bidders buy into these presidential items as a hobby, and it doesn’t have to be expensive, said Winston Blair, a board member for the American Political Items Collectors, a nonprofit organization founded in 1945 to collect and preserve presidential memorabilia.

And anytime there’s an intense election, similar to those in 2016 and 2020, interest in collecting presidential items increases.

“It’s just so neat to know that this person was president and they wore it, they signed it,” said Mr. Blair, who has a collection of 3,000 presidential items. “We can once own what they held in their hands. It brings a connection.”

Mr. Blair said he tended to favor items going to private collectors over museums because sometimes curators remove items from public display and because some donated items were auctioned off to help with fund-raising or to pay off debts.

“They have more invested into it and they prize it more, and they’ll do whatever they can to make sure it stays in great condition,” Mr. Blair said about personal collectors, adding that it also means that rare pieces can be recirculated in the market. “It gives us hope that one day, we can own it again.”

A majority of the country’s cultural and historical artifacts are owned by private collectors, said Margaret Holben Ellis, the president of the American Institute for Conservation and New York University professor of paper conservation.

But the issue with private collections, she said, is that many collectors may not know how to properly preserve sensitive historical items or may have a desire to display them.

“When something enters a private collection, the custodian is only a temporary custodian,” she said about private collectors. “The same expectation of preservation should be extended to these items.”

The institute offers resources to help private collectors maintain historical pieces and recommends against displaying them to keep natural light from damaging them, which is why museums will cycle collections, Professor Holben Ellis said.

Mr. Crans said he could not properly protect his collection in his home in Naples, Fla., because it could be in the path of hurricanes. He said that he would prefer that all of his items from the Lincoln family go to a museum but that he had been cornered into raising money to get his family out of serious financial constraints.

“It’s all I have left — this is it,” he said. “I’m sort of forced to part with some family heirlooms.”

What is a covert sonic weapon?

Donald Trump’s tribute to brother: ‘He was my biggest fan… and he was so angry with China’