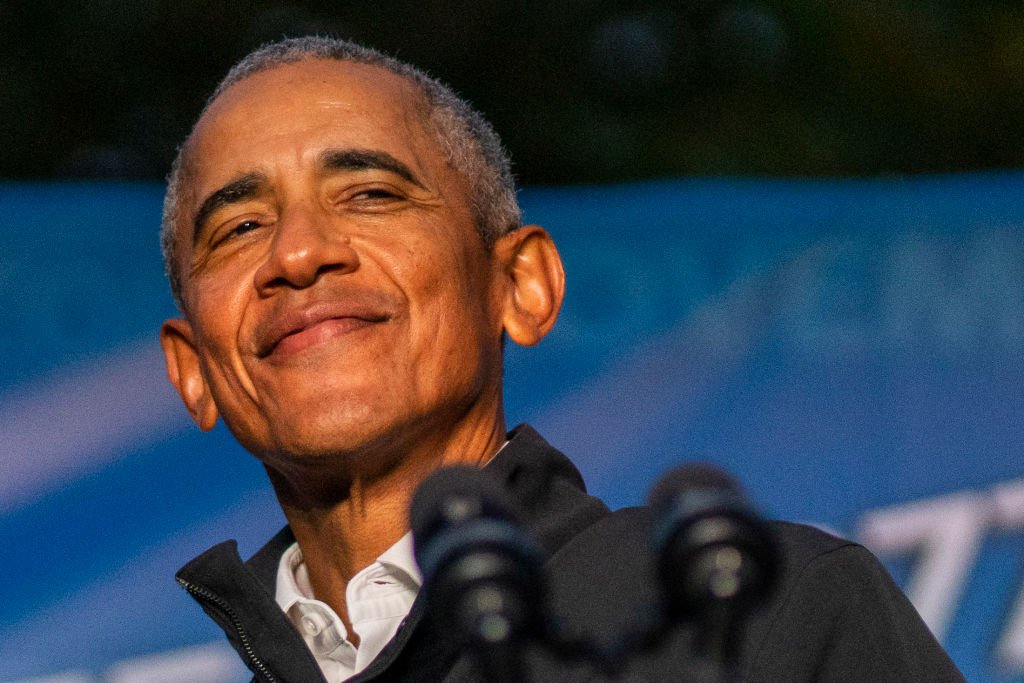 Former US President Barack Obama is set to arrive at the COP26 United Nations Climate Change Conference on Monday, which activists hope will ‘reignite’ the summit that Greta Thunberg has slammed as becoming a ‘greenwash festival’.

Many other world leaders have already departed Scotland, including President Joe Biden, whose performance at the climate talks fell short, according to some activists who are looking to Obama to reenergize audiences.

‘Biden and Johnson hardly spread any charisma around Glasgow while they were here,’ activist Sarah Clatworthy told the Daily Mail.

‘Barack will bring some power to this very flat conference and appeal to the younger people watching around the world. He has the pulling power that the others simply do not,’ she said.

Maxine Green, who was also demonstrating outside the summit, agreed with that sentiment.

‘Barack has such an incredible amount of respect from younger people. It’s brilliant that he has agreed to travel here,’ Green said.

According to the Daily Mail, Obama timed his visit to avoid clashing with Biden and risk stealing the limelight. The sitting president left Scotland on Tuesday, after delivering a couple of speeches.

Obama’s visit was announced the same day that internationally known young climate activist Greta Thunberg called the event ‘the most excluding COP ever’.

‘This is no longer a climate conference,’ the Swedish teenager tweeted. ‘This is a Global North greenwash festival. A two-week celebration of business as usual and blah blah blah.’

For his talks, hosted by the Obama Foundation, the former president will sit down with a small group of young people from across the globe to discuss how to best combat climate change.

In a statement released on Thursday in anticipation of the trip, Obama said he was excited to see young activists take ownership of the movement.

‘From the perspective of the Obama Foundation, one of the things I’m most excited about is to see the young activists from around the world who are taking up the baton and not just working in their own countries,’ Obama said, ‘But now forming a collective movement across borders to tell the older generation that has gotten us into this mess that we all have an obligation to dig our way out of it.

‘If old folks won’t do it, get out of the way, because these young folks are coming. And they’re ready to make sure that we have a sustainable planet and a better future for our kids and our grandkids.’