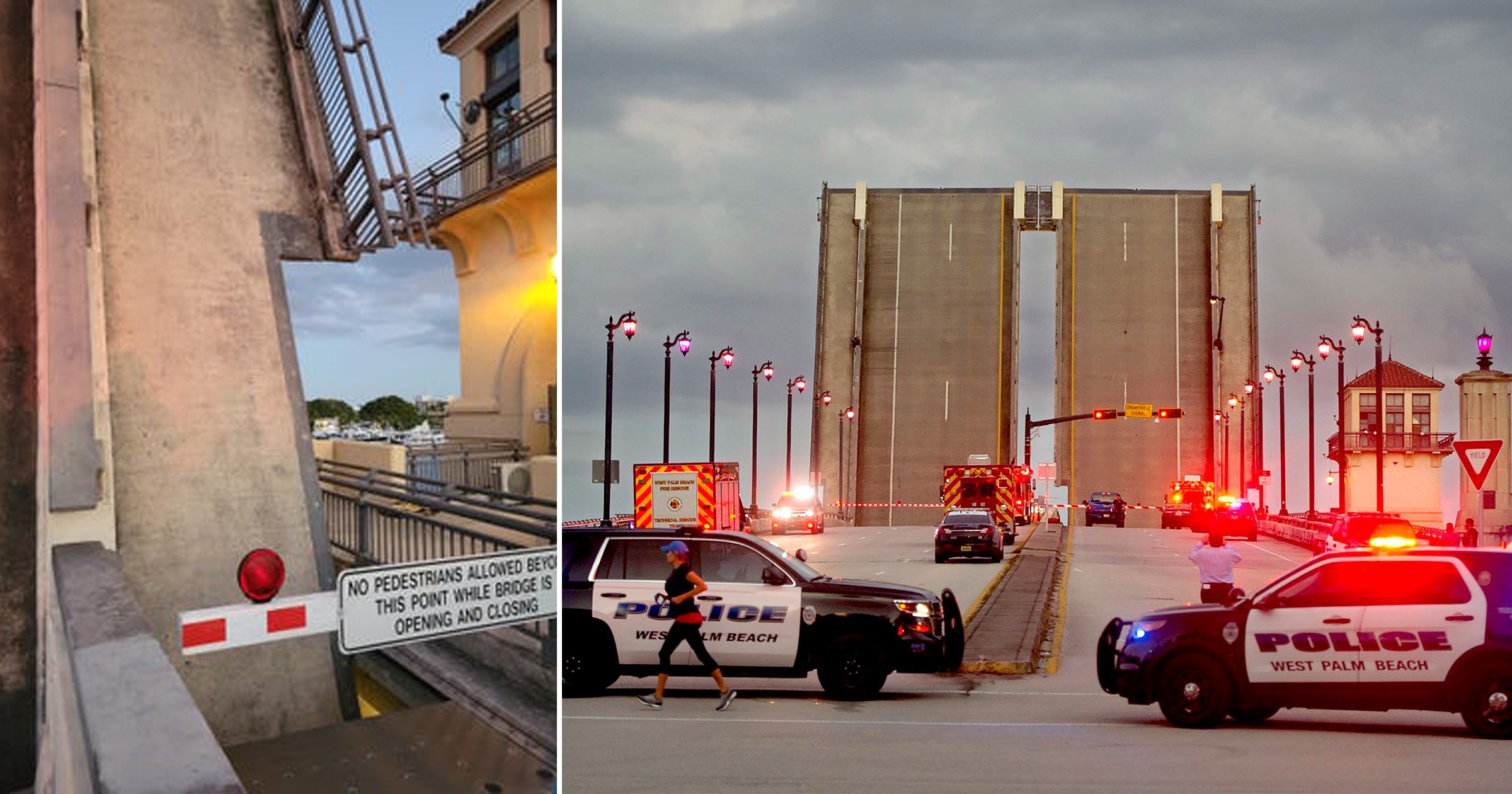 A bicyclist fell to her death while trying to cross a drawbridge that began rising before she could reach the other side.

Seeing the incident unfold at Royal Park Bridge connecting Palm Beach to the Florida mainland, a man tried to pull the woman up but lost grip, said officials according to the Daily Mail. The woman fell nearly 60 feet.

The victim, identified only as an older woman, was walking her bicycle from Palm Beach toward West Palm Beach around 1pm, police said. She was within 10 feet of getting to a safety barrier that stops traffic, when the drawbridge began going up.

She fell through a gap in the rising drawbridge and tried to hold on, but dropped five stories to the concrete base.

‘The woman tried to hang on,’ West Palm Beach police spokesman Mike Jachles said. ‘There was a bystander nearby who tried to help her, but tragically she fell five or six stories below where she died landing on concrete.’

The bridge was closed for more than six hours after the fall.

An investigation into her death will examine why the bridge tender started raising the bridge before ensuring that no pedestrians were on the span, which stretches 1,238 feet.

The bridge over the Intercostal Waterway has bells and whistles that alert pedestrians and drivers when it is about to go up.

‘Palm Beach is accessible only through three bridges and this is the main bridge, so it´s very used by cyclists,’ bike safety advocate Juan Orellana told WPTV.

As of Monday afternoon, police were asking the public for help in identifying the victim.

US plans to spend $2.3 billion to fight Covid-19 variants