A day after a rare outbreak of anti-government protests in Cuba, the United States and Cuba traded sharp words. 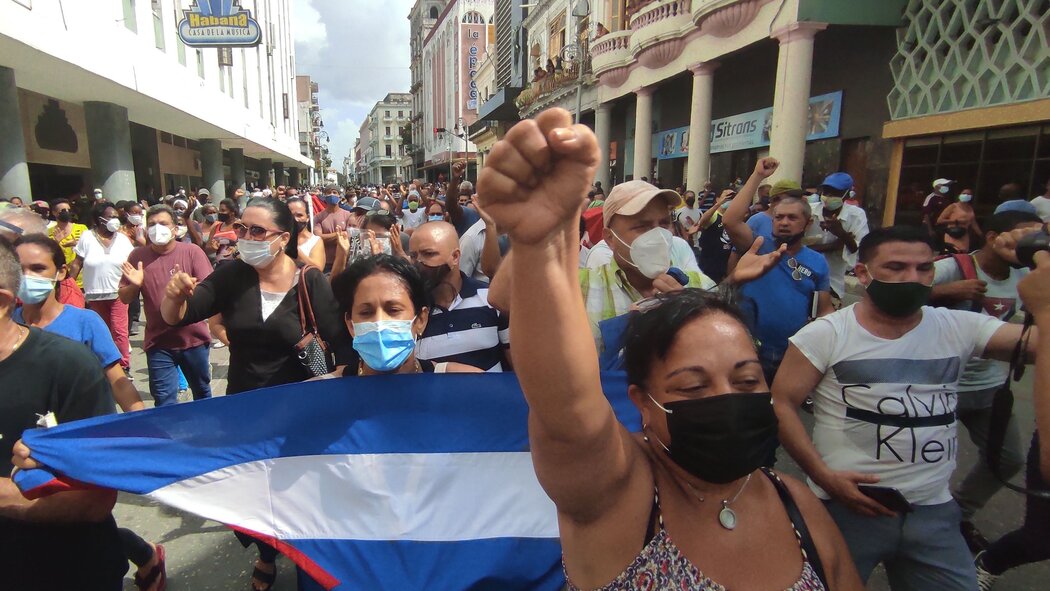 By Oscar Lopez and Ernesto Londoño

As the largest protest movement in decades swept Cuba, President Biden on Monday called on the Cuban government to heed the demands of thousands of citizens who took to the streets on Sunday to protest power outages, food shortages and a worrying lack of medicine.

“We stand with the Cuban people and their clarion call for freedom,” Mr. Biden said in a statement. “The United States calls on the Cuban regime to hear their people and serve their needs at this vital moment rather than enriching themselves.”

His comments followed a day of astonishing demonstrations in Cuba. In a country known for quashing dissent, thousands of Cubans took to the streets on Sunday in a surge of protests not seen in nearly 30 years.

Shouting phrases like “freedom” and “the people are dying of hunger,” protesters overturned a police car in Cardenas, 90 miles east of Havana. Another video showed people looting from a government-run store — acts of open defiance in a nation with a long and effective history of repressive crackdowns on expressions of opposition.

Cuba’s president, Miguel Díaz-Canel Bermúdez, spoke out on national television on Monday, calling the demonstrations a consequence of an underhanded campaign by Washington to exploit peoples’ “emotions” at a time when the island is facing food scarcity, power cuts and a growing number of Covid-19 deaths.

“We must make clear to our people that one can be dissatisfied, that’s legitimate, but we must be able to see clearly when we’re being manipulated,” Mr. Díaz-Canel said. “They want to change a system, to impose what type of government in Cuba?” 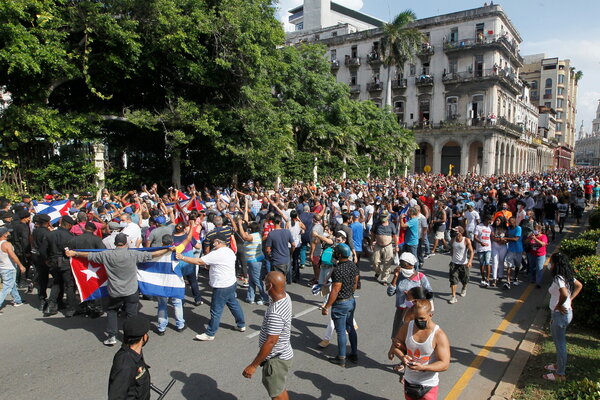 Mr. Biden’s comments represented something of a shift in tone from that of former President Barack Obama, who had emphasized sweeping aside decades of animosity between the two countries and cutting loose “the shackles of the past.” Mr. Obama made restoring relations with Cuba a focal point of his foreign policy and significantly expanded ties between the two countries — a détente that the Trump administration quickly moved to strip away.

But the protests in Cuba on Sunday offered a rare moment of bipartisanship in the United States, with Democrats and Republicans alike speaking out in support of the demonstrations.

“America stands with the oppressed Cuban people assembling for their birthright of #Libertad,” former Vice President Mike Pence wrote on Twitter. “America stands for a free and democratic Cuba!”