Biden staffers believe Trump’s response to the coronavirus pandemic has weakened him in once pro-Republican states. 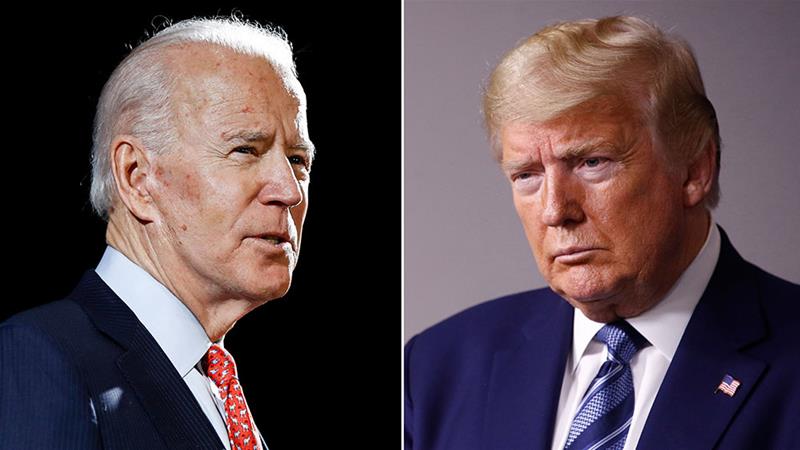 Officials with the Joe Biden presidential campaign are so confident that United States President Donald Trump’s chances of winning re-election have slipped because of his response to the coronavirus pandemic and the ensuing economic carnage that they are beefing up staffing in several states once considered unlikely to support the presumptive Democratic nominee.

In a strategy briefing for reporters on Friday, Biden campaign manager Jen O’Malley Dillon said states like Arizona, Texas and Georgia may now be in play for the November 3 general election.

The campaign plans on hiring an additional 600 field staffers by June for an “expanded map” that adds the once solidly Republican Sunbelt states to traditional battleground states such as Michigan, Wisconsin, Florida and Pennsylvania. The hiring of new staffers is the latest push from Biden’s campaign to counter criticisms from some Democrats and progressive allies that the campaign is not ramping up quickly enough.

One of those critics, a former campaign manager for progressive champion Bernie Sanders, warned in a memo leaked on Friday that Biden faces an uphill battle to win over the younger voters who supported the Vermont senator in the primary before he dropped out of the race. A significant portion of those supporters, former Sanders staffer Jeff Weaver said, are “currently unsupportive and unenthusiastic” about Biden’s candidacy.

“There is a real and urgent need to help Biden consolidate Sanders supporters,” Weaver wrote. “If all of Sanders’ base turned out for Joe Biden in November, he could defeat Trump and take back the White House for Democrats. Here’s the problem: significant portions don’t currently plan to.”

The Trump campaign is actively looking at ways to get its candidate in front of voters in person, and has reportedly reached out to officials in Florida about the possibility of scheduling one of the president’s signature rallies in that state as soon as possible. Trump’s last rally was in March, when the coronavirus pandemic was first beginning in the US.

“He loves it, people love being in his presence as well, so we’re very hopeful that as we head towards November we can get back to the rallies,” Lara Trump, the President’s daughter-in-law, on a recent press call with reporters. “The president is excited to do that as well, and I don’t think it would feel like a real campaign season, really, without them.”

“We’re hopeful to get back out there on the road, but listen, if we do have to shift to something like a virtual rally, we’re looking at that option. We’ve been really successful with all of our virtual events,” Trump said.

The incumbent enjoys tremendous advantages in the race, including strong fundraising and digital campaigning. Trump’s own team has been working on plans similar to those announced by Biden on Friday to make a push in states such as Minnesota where Democrats are seen to have an advantage.

Biden, meanwhile, has been restricted to campaigning from home in Delaware, where he is isolating due to the coronavirus. O’Malley Dillon said the Biden campaign has no established timeline for when he will return to regular campaigning.

O’Malley Dillon and other Biden strategists said the turbulence of Trump’s presidency before the pandemic and voters’ familiarity with Biden give the former vice president a wide path to the 270 electoral votes necessary to win the White House.

They pointed to recent polls suggesting Trump has a narrower advantage over Biden among older voters than Trump did in 2016, and said the disadvantage Republicans had with suburban women in the 2018 midterms has widened. O’Malley Dillon said demographic changes in states such as Arizona offer an opportunity for Biden.

But she said the pandemic could change the methods of voting. “We know we’re going to prioritise education and mobilisation,” O’Malley Dillon said, “but the enthusiasm is there.”