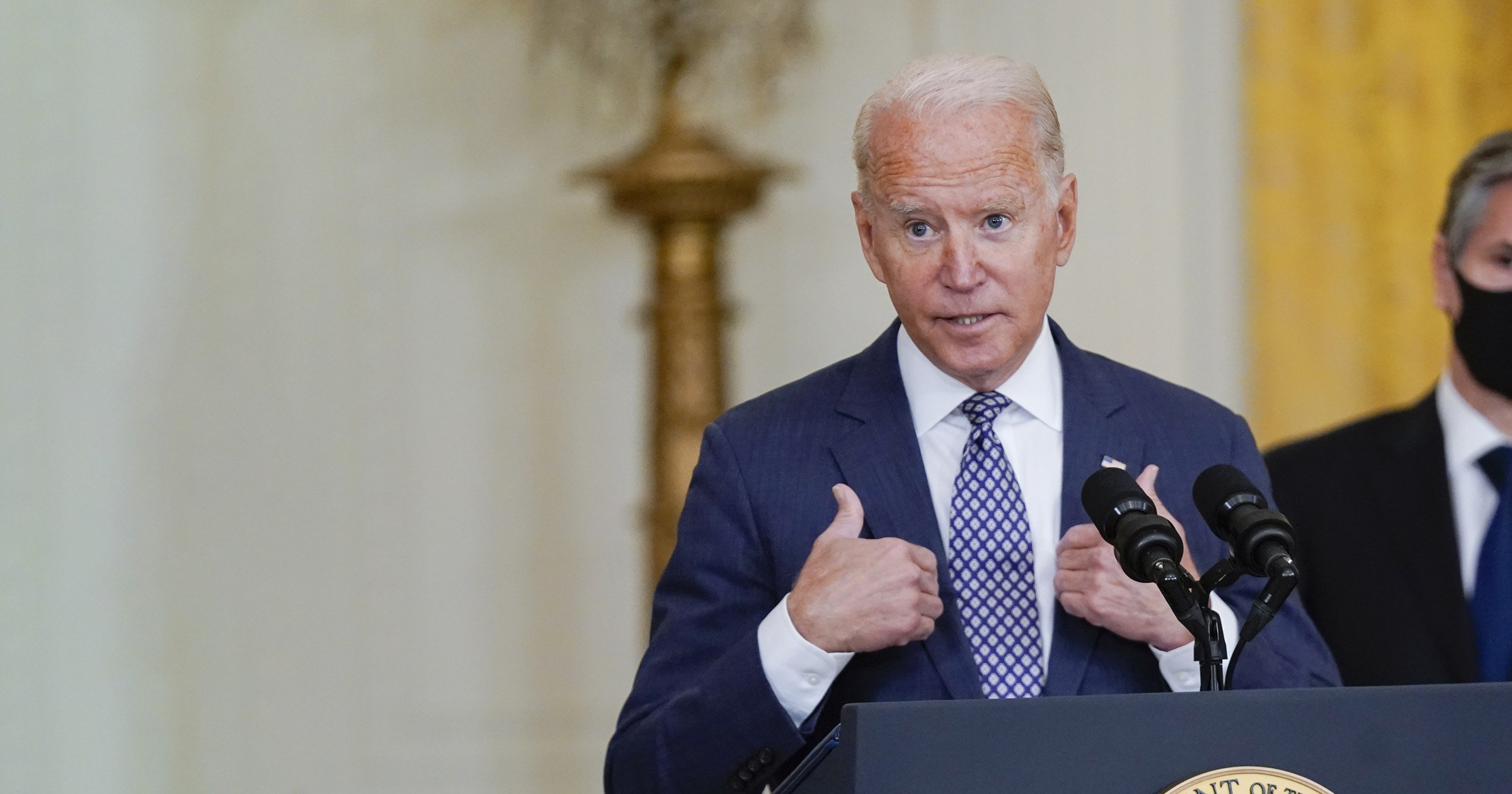 President Joe Biden in his Afghanistan address on Friday claimed that American allies have raised no questions of the US’s credibility over the chaotic withdrawal. Biden also promised to evacuate all Americans and allies amid reports of obstacles and danger on the journey to Kabul airport.

‘I have seen no questions of our credibility with our allies around the world,’ Biden said, answering a reporter’s question.

Biden in his address said: ‘Let me be clear – any American who wants to come, we will get you home.’

‘I cannot promise what the final outcome will be, that it will be without risk of loss,’ Biden continued. ‘But as commander-in-chief, I can promise you I will mobilize every resource necessary, and as an American, I offer my gratitude to the brave men and women of the US armed forces who are carrying out this mission. They’re incredible.’ 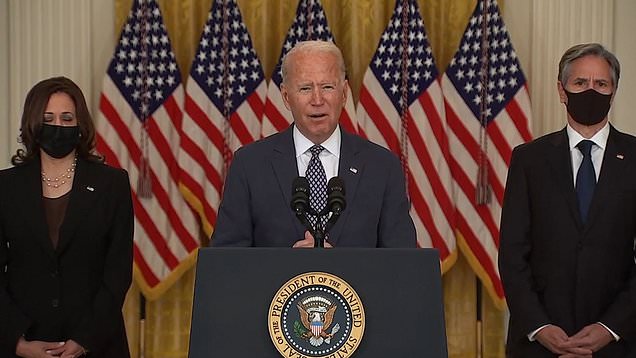 Asked whether he would consider extending the evacuation effort past the August 31 deadline if Americans and other seeking to escape have not been airlifted, Biden said he believes the mission will be complete by then.

However, he added, ‘We’re going to make that judgement as we go’.

In his last address on Afghanistan on Monday, Biden said he had no regrets about his decision in April to begin withdrawing all US troops and defended his handling of the situation.

‘I stand squarely behind my decision,’ Biden said in the briefing from the White House. ‘After 20 years, I’ve learned the hard way that there was never a good time to withdraw US forces.’

Biden added he was ‘deeply saddened by the facts we now face, but I do not regret my decision’.

During another briefing from the White House on Wednesday, Biden focused on attacking Republican governors who have been

In a sit-down interview with ABC News recorded Wednesday and aired Thursday, Biden said ‘no one’s being killed right now’ at the airport in Kabul, despite at least a dozen confirmed deaths.

Biden earlier this week also doubled down on his statements that the US did not foresee the Taliban defeating the Afghan military and gaining control so quickly.

‘I don’t think anybody anticipated that,’ the president said in his ABC News interview.

On Friday, evacuations from Afghanistan continued. The White House reported overnight that about 9,000 people had been airlifted on military cargo planes since Saturday. That includes roughly 3,000 people evacuated on Thursday with 350 of them being US citizens, according to USA Today.