Donald Trump is facing a defamation lawsuit brought by E. Jean Carroll, who has accused Mr. Trump of raping her. 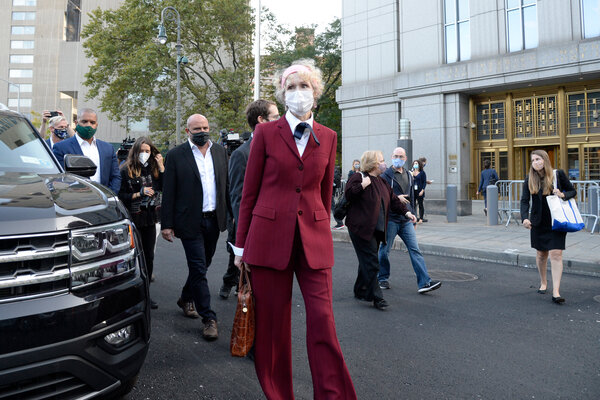 By Alan Feuer and Benjamin Weiser

During the presidential campaign, Joseph R. Biden Jr., then the Democratic candidate, slammed his opponent, Donald J. Trump, for a highly unusual legal move: bringing in the Justice Department to represent him in a defamation lawsuit stemming from a decades-old rape allegation.

At one of their debates, Mr. Biden accused Mr. Trump of treating the Justice Department like his “own law firm” in the suit, filed against him by the writer E. Jean Carroll. “What’s that all about?” he sarcastically asked.

But on Monday night, nearly eight months after Mr. Biden’s attack, his own Justice Department essentially adopted Mr. Trump’s position, arguing that he could not be sued for defamation because he had made the supposedly offending statements as part of his official duties as president.

In a brief filed with a federal appeals court in New York, the Justice Department acknowledged that Mr. Trump’s remarks about Ms. Carroll were “crude and disrespectful,” but the department also claimed that the Trump administration’s arguments were correct — a position that could lead to Ms. Carroll’s lawsuit being dismissed.

Mr. Biden has repeatedly said he wants to restore the Justice Department’s traditional independence from the White House — a stance that has been echoed by several of his top picks for the department’s leadership.