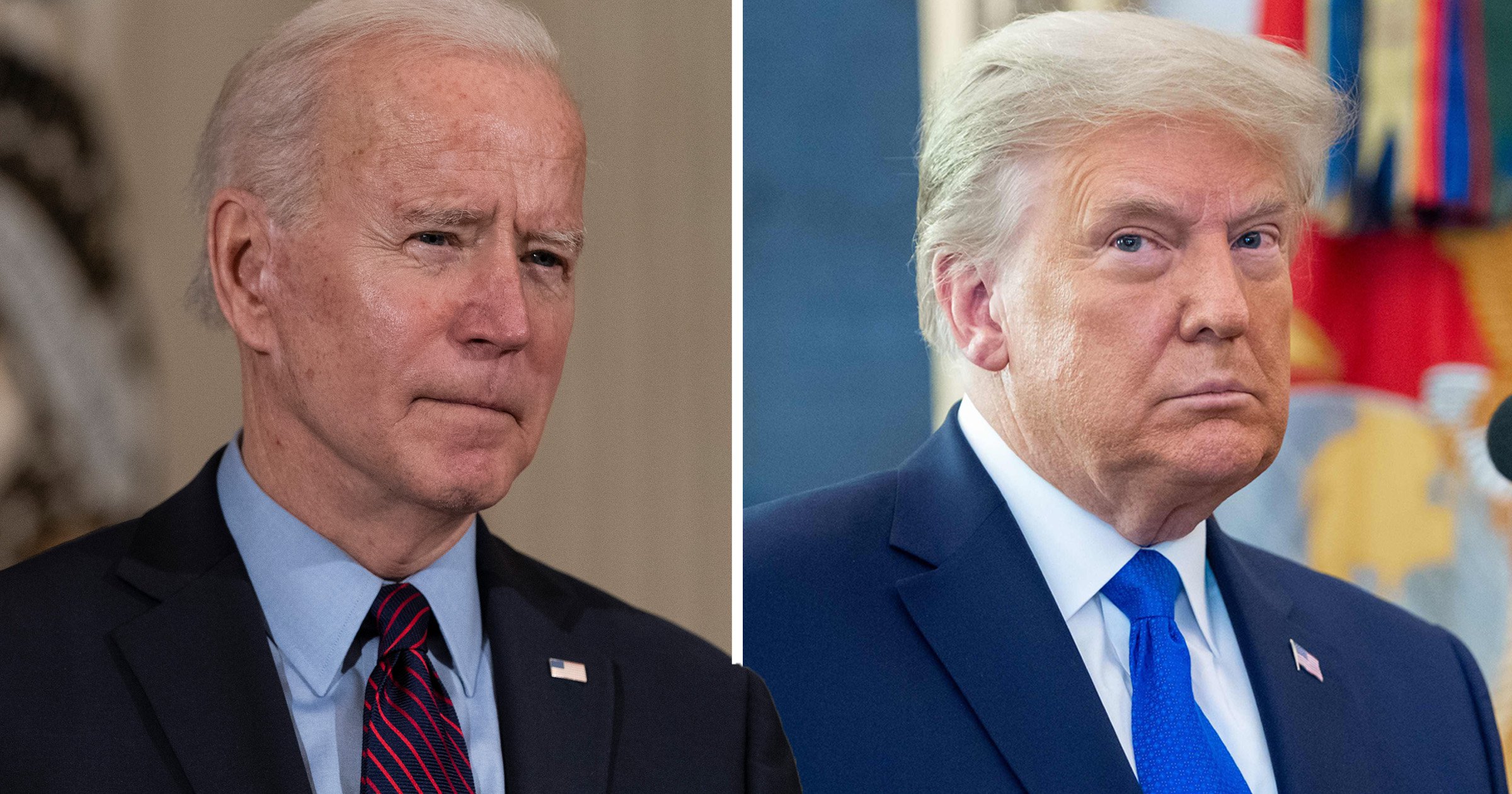 Outgoing presidents are normally offered the opportunity to be briefed on intelligence matters as a courtesy.

But when Biden was asked if he would be extending the offer to Trump, he replied: ‘I think not.’

Speaking to CBS, the US leader declined to speculate on what the worst outcome could be if Trump was allowed to see the information – but cited his ‘erratic behaviour unrelated to the insurrection’ at the Capitol.

‘What impact does he have at all, other than the fact he might slip and say something?’

White House press secretary Jen Psaki has said the issue is ‘something that is under review’.

Susan Gordon, who served as the principal deputy director of national intelligence from 2017 to 2019, has urged the President to cut off Trump.

Writing for The Washington Post, she claimed he was ‘particularly vulnerable to bad actors with ill-intent’.

She said: ‘His post-White House “security profile”, as the professionals like to call it, is daunting.

‘Any former president is by definition a target and presents some risks. But a former president Trump, even before the events of last week (the insurrection), might be unusually vulnerable to bad actors with ill intent.’

Ms Gordon also raised concerns about Trump’s business entanglements – despite the billionaire previously insisting his reported $400 million (£291 million) debt is ‘peanuts’ and he does not owe any money to Russia.

‘Many of these current business relationships are in parts of the world that are vulnerable to intelligence services from other nation-states.’

Democratic Representative Adam Schiff, chairman of the House Intelligence Committee, has said there is ‘no circumstance in which this president should get another intelligence briefing’.

He added: ‘I don’t think he can be trusted with it now, and in the future.’

It comes as Trump’s second impeachment trial is set to begin next week.

Biden has refused to weigh in on whether he is guilty of inciting the insurrection at the Capitol on January 6.  He said: ‘I’ll let the Senate make that decision.’

‘Mac the Moose’ will become world’s largest moose once again